In a strangely old-school, Catholic, sense, they chose not to look back or question the assassinations of the 1960s, writes Edward Curtin.

Growing up Irish-Catholic in the Bronx in the 1960s, I was an avid reader of the powerful columns of Jimmy Breslin and Pete Hamill in the New York newspapers.

These guys were extraordinary wordsmiths. They would grab you by the collar and drag you into the places and faces of those they wrote about. Passion infused their reports.  They were never boring. They made you laugh and cry as they transported you into the lives of real people.  You knew they had actually gone out into the streets of the city and talked to people. All kinds of people: poor, rich, black, white, high-rollers, lowlifes, politicians, athletes, mobsters — they ran the gamut. You could sense they loved their work, that it enlivened them as it enlivened you the reader. Their words sung and crackled and breathed across the page. They left you always wanting more, wondering sometimes how true it all was, so captivating were their storytelling abilities. 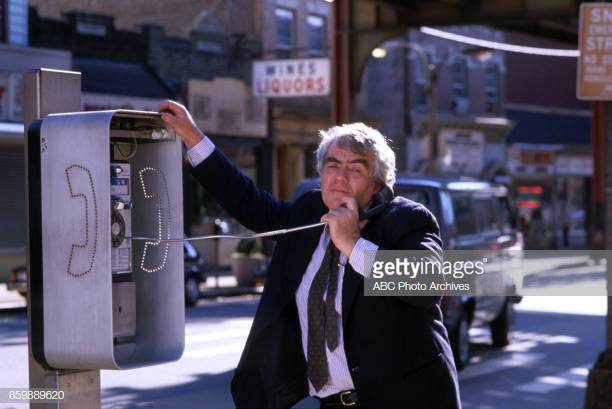 They cut through abstractions to connect individuals to major events such as the Vietnam War, the assassinations of President John F. Kennedy and his brother Robert, the Central Park jogger case, AIDS.  They were spokesmen for the underdogs, the abused, the confused and the bereft. They relentlessly attacked the abuses and hypocrisies of the powerful.

They became celebrities as a result of their writing.  Breslin ran for New York City Council president along with Norman Mailer for mayor with the slogan “No More Bullshit.” Breslin appeared in beer and cereal commercials. Hamill dated Jacqueline Kennedy and the actress Shirley MacLaine.  Coming out of poor and struggling Irish-Catholic families in Queens and Brooklyn respectively, they became acclaimed in NYC and around the country. As a result, they were befriended by the rich and powerful with whom they hobnobbed.

HBO has recently released a fascinating documentary about the pair: “Breslin and Hamill.” It brings them back in all their gritty glory to the days when New York was another city, a city of newspapers and typewriters and young passion still hopeful that despite the problems and national tragedies, there were still fighters who would bang out a message of hope and defiance in the mainstream press.  It was a time before money and propaganda devoured journalism and a deadly pall descended on the country as the economic elites expanded their obscene control over people’s lives and the media.

So, it is also fitting that this documentary feels like an Irish wake with two wheelchair-bound old men musing on the past and all that has been lost and what approaching death has in store for them and all they love.  While not a word is spoken about the Catholic faith of their childhoods with its death-defying consolation, it sits between them like a skeleton. We watch and listen to two men, once big in all ways, shrink before our eyes. I was reminded of a novel Breslin wrote long ago: “World Without End, Amen,” a title taken directly from a well-known Catholic prayer. Endings, the past receding, a lost world, aching hearts and the unspoken yearning for more life.

Hamill, especially, wrote columns that were beautifully elegiac, and his words in this documentary also sound that sense despite his efforts to remain hopeful.   The film is a nostalgia trip.  Breslin, who died in 2017, tries hard to maintain the bravado that was his hallmark, but a deep sadness and bewilderment seeps through his face, the mask of indomitability that once served him well gone in the end. 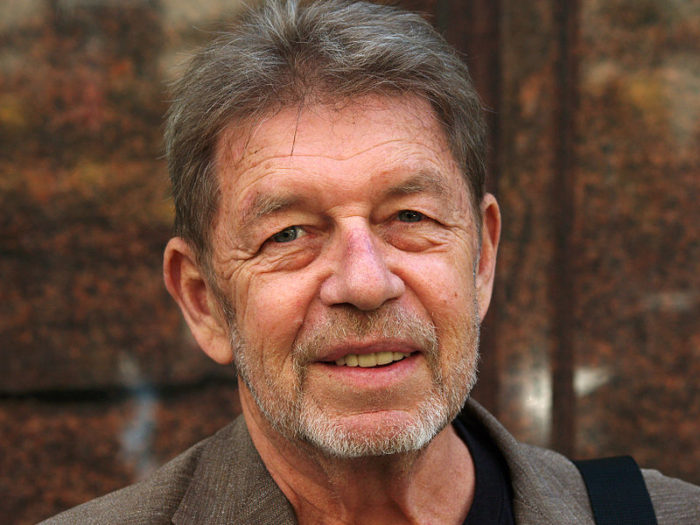 So, while young people need to know about these two old-school reporters and their great work in this age of insipidity and pseudo-objectivity, this film is probably not a good introduction.  Their writing would serve this purpose better.

This documentary is appearing at an interesting time when a large group of prominent Americans, including Robert Kennedy Jr. and his sister Kathleen Kennedy Townsend, are calling for new investigations into the assassinations of the 1960s, murders that Breslin and Hamill covered and wrote about. Both men were in the pantry of the Ambassador Hotel when  Bobby Kennedy was assassinated in 1968.  They were friends of the senator and it was Hamill who wrote to RFK and helped persuade him to run.

Breslin was in the Audubon Ballroom when Malcolm X was assassinated.  He wrote an iconic and highly original article about the JFK assassination. Hamill wrote a hard-hitting piece about RFK’s murder, describing Sirhan Sirhan quite harshly, while presuming his guilt.  They covered and wrote about all the assassinations of that era.  Breslin also wrote a famous piece about John Lennon’s murder.  They wrote these articles quickly, in the heat of the moment, on deadline.

But they did not question the official versions of these assassinations. Not then, nor in the 50-plus years since.  Nor in this documentary. In fact, in the film Hamill talks about five shots being fired at RFK from the front by Sirhan Sirhan who was standing there.  Breslin utters not a word. Yet it is well known that RFK was shot from the rear at point-blank range and that no bullets hit him from the front. The official autopsy confirmed this. Robert Kennedy Jr. asserts that his father was not shot by Sirhan but by a second gunmen.  It’s as though Hamill is stuck in time and his personal memories of the event; as though he were too close to things and never stepped back and studied the evidence that has emerged.  Why, only he could say.

Too Close to the Events

Perhaps both men were too close to the events and the people they covered. Their words always took you to the scene and made you feel the passion of it all, the shock, the drama, the tragedy, the pain, the confusion, and all that was irretrievably lost in murders that changed this country forever, killings that haunt the present in incalculable ways.  Jimmy and Pete made us feel the deep pain and shock of being overwhelmed with grief.  They were masters of this art. 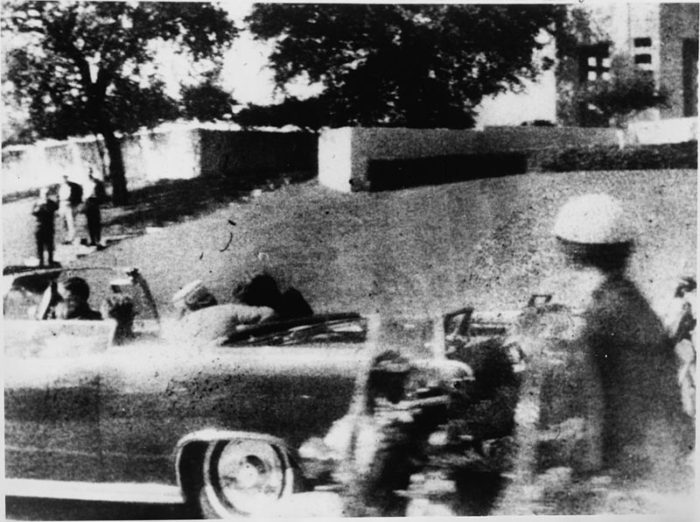 But the view from the street is not that of history.  Deadlines are one thing; analysis and research another. Breslin and Hamill wrote for the moment, but they have lived a half century after those moments, decades during which the evidence for these crimes has accumulated to indict powerful forces in the U.S. government.  No doubt this evidence came to their attention, but they have chosen to ignore it, whatever their reasons.  Why these champions of the afflicted have disregarded this evidence is perplexing.  As one who greatly admires their work, I am disappointed by this failure.

Street journalism has its limitations.  It needs to be placed in a larger context. Our world is indeed without end and the heat of the moment needs the coolness of time.  The bird that dives to the ground to seize a crumb of bread returns to the treetop to survey the larger scene.  Breslin and Hamill stuck to the ground where the bread lay.

At one point in “Breslin and Hamill,” the two good friends talk about how well they were taught to write by the nuns in their Catholic grammar schools.  “Subject, verb, object, that was the story of the whole thing,” says Breslin.  Hamill replies, “Concrete nouns, active verbs.” “It was pretty good teaching,” adds Breslin. And although neither went to college (probably a saving grace), they learned those lessons well and gifted us with so much gritty and beautiful writing and reporting.

Yet like the nuns who taught them, they had their limitations, and what was written once was not revisited and updated.  In a strange, very old-school Catholic sense, it was the eternal truth, rock solid, and not to be questioned.  Unspeakable and anathema: the real killers of the Kennedys and the others.  The attacks of Sept. 11, 2001 as well.

When my mother was very old, she published her only piece of writing.  It was very Breslin and Hamill-like and was published in a Catholic magazine.  She wrote how, when she was a young girl and the streets of New York were filled with horse-drawn wagons, the nuns in her grammar school chose her to leave school before lunch and go to a neighboring bakery to buy rolls for their lunch.  It was considered a big honor and she was happy to get out of school for the walk to the bakery she chose a few streets away. She got the rolls and was walking back with them when some boys jostled her and all the rolls fell into the street, rolling through horse shit.  She panicked, but picked up the rolls and cleaned them off.  Shaking with fear, she then brought them to the convent and handed them to a nun.  After lunch, she was called to the front of the room by her teacher, the nun who had chosen her to buy them.  She felt like she would faint with fear.  The nun sternly looked at her.  “Where did buy those rolls?” she asked.  In a halting voice she told her the name of the bakery.  The sister said, “They were delicious.  We must always shop in that bakery.”

Of course, the magazine wouldn’t publish the words “horse shit.” The editor found a nice way to avoid the truth and eliminate horse shit.  And the nuns were happy.

Yet bullshit seems much harder to erase, despite slogans and careful editors, or perhaps because of them.  Sometimes silence is the real bullshit, and how do you eliminate that?

Ed Curtin teaches sociology at Massachusetts College of Liberal Arts. His writing on varied topics has appeared widely over many years. He states: “I write as a public intellectual for the general public, not as a specialist for a narrow readership. I believe a noncommittal sociology is an impossibility and therefore see all my work as an effort to enhance human freedom through understanding.”   His website is http://edwardcurtin.com.

← From Sydney: Whistle-Blowing, WikiLeaks and the Future of Democracy
The Most Dangerous Weapon Ever Rolls Off the Nuclear Assembly Line →