Modern institutions that hold back the rise of barbarism are being weakened, writes Lawrence Davidson.

By Lawrence Davidson
To the Point Analysis.com

Several recent events suggest that global warming is not the only thing threatening our future. As if they are running on parallel tracks, some of the modern institutions that help make for stable societies — the ones that hold back the rise of barbarism — are being weakened even as the atmosphere is heating up and the oceans swell. In pursuit of short-term state or personal interests, some national leaders are violating or ignoring international law and, by doing so, putting us all at long-term risk.

The first example is the subverting of the International Criminal Court. 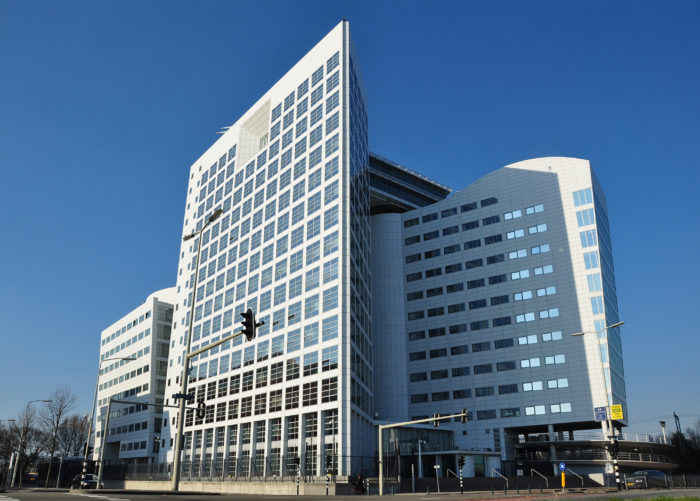 One of the most hopeful developments to follow the catastrophe that was World War II — the war that brought the world the Holocaust, the Blitzkrieg, the carpet bombing of Europe and the use of nuclear bombs against large cities — was the extension and strengthening of international law. In 1948 the General Assembly of the United Nations, seeking to give such laws real force, called for the establishment of an international criminal court. That call triggered resistance because such a court would necessarily impinge on nation-state sovereignty. It took 54 years before the court was finally convened in order to enforce laws against the committing of war crimes and other evils, such as genocide.

Still, there are some nations that refuse to recognize the court’s jurisdiction. Often these are the states most addicted to the barbaric behavior that came close to destroying a good part of the globe during the 20th century. These governments now threaten the very workability of the court. Thus, on Jan. 28 it was reported that “A senior judge has resigned from one of the international courts in The Hague” due to interference and threats coming from both the U.S. and Turkey. The judge’s name is Christoph Flügge.

In the case of the United States, the problem began when the International Criminal Court at the Hague decided to investigate allegations of war crimes, specifically the use of torture, committed by U.S. forces in Afghanistan. 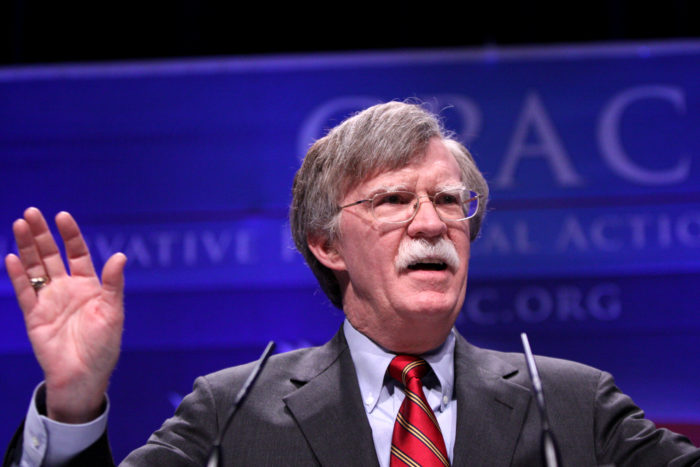 At that point President Donald Trump’s national security adviser, John Bolton (who reminds one of a modern Savonarola when it comes to ideological enforcement), publicly threatened the court’s judges. “If these judges ever interfere in the domestic concerns of the U.S. or investigate an American citizen,” he said, “the American government would do all it could to ensure that these judges would no longer be allowed to travel to the United States — and that they would perhaps even be criminally prosecuted.”

It must be said that (a) torturing Afghanis is not a “domestic concern of the U.S.” And, all too obviously, (b) Bolton is a deplorable one-dimensional thinker. Bound tightly by a lifelong rightwing perspective, he has never been able to get past the concept of nation-state supremacy. This means his perspective is untouched by those lessons of history which have shown the nation-state to be a threat to civilization itself. Thus, when in 2005, President George W. Bush appointed John Bolton ambassador to the United Nations, it was with the prior knowledge that the man felt nothing but contempt for this international organization and would disparage it at every turn. At present Bolton has turned out to be just the kind of fellow who fits into the reactionary White House run by Donald Trump.

The leaders of the United States are not the only ones who can purposely undermine international courts. Christoph Flügge tells of another incident wherein the government of Turkey arrested one of its own nationals, Aydin Sefa Akay, who was a judge on the international court at the Hague. At the time, Akay had diplomatic immunity by virtue of his position, a fact that the increasingly statist government in Istanbul ignored.

Akay’s crime was to be judged insufficiently loyal to Turkish President Recep Tayyip Erdogan. Flügge and his fellow judges strongly protested the Turkish actions, but they were not supported by the present UN secretary general, António Guterres (who is a former prime minister of Portugal). And, without that support, Akay lost his position as judge and was, so to speak, thrown to the dogs of nation-state arrogance. 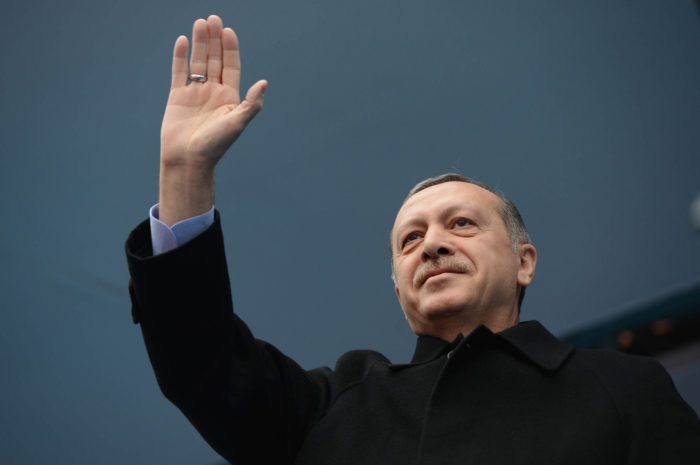 Upon resigning, Flügge had some seminal words of warning about the fate of international law. “Every incident in which judicial independence is breached is one too many.” The cases of Turkish and U.S. interference with the International Criminal Court set a fatal precedent, he continued,  “and everyone can invoke it in the future. Everyone can say: ‘But you let Turkey get its way.’ This is an original sin. It can’t be fixed.”

Commenting on the threat leveled by Bolton, Flügge said, “the American threats against international judges clearly show the new political climate. … The judges on the court were stunned.” Yet, this behavior was quite in accord with nation-state aggrandizement and American exceptionalism; national sovereignty stands above international law.

The latest example of this comes out of Bahrain, a wealthy monarchical dictatorship in the Persian Gulf. It is run by a Sunni elite minority which systematically represses the country’s Shiite majority. By doing so, its major “achievement” to date has been to give the religion of Islam a bad name. It is also a staunch U.S. ally, and the U.S. 5th fleet is based in that country. If you want to know where much of the U.S. naval forces supporting the Saudi destruction of Yemen come from, it is Bahrain. 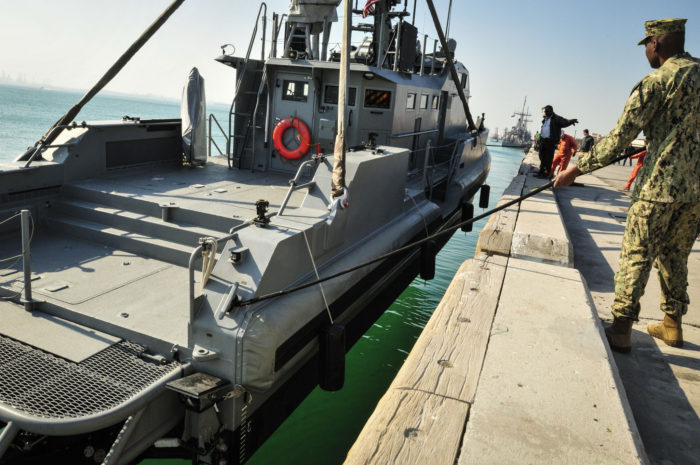 So how is the dictatorship in Bahrain corrupting the world’s international police force? One of the players on Bahrain’s national soccer team, Hakeem al-Araibi, vocally expressed his dissent over the way Bahrain is run. He was then framed for “vandalizing a police station” even though he was playing in a soccer match, broadcast on TV, at the time of the incident. He was arrested, beaten up in jail, yet still managed to escape to Australia, where he was granted asylum.

At this point Bahrain managed to have Interpol issue a fraudulent arrest warrant. When al-Araibi showed up in Thailand on his honeymoon, he was taken into custody and now awaits possible extradition back to Bahrain, where he may well face torture. By the way, it is a violation of international law to extradite someone to a country where he or she risks being tortured. So far Thailand has not taken advantage of this legal and moral reason to defy the Bahraini monarchy.

This is not an isolated problem. The watchdog organization Fair Trials has documented multiple cases of the corruption and abuse of Interpol by “governments” which do not feel themselves bound by the rule of law.

There is little doubt that the 21st century has begun with an assault on both the climatic and legal atmosphere that underpins the world’s stability.

Before 1946 the world was a mess: one hot war after another, economic recessions and depressions, imperialism, colonialism, and racism galore. All of this was grounded in the nation state and its claim of sacred sovereignty. The world experienced a sort of climax to this horror show in the form of Nazi racism and the Holocaust, the use of nuclear weapons, and Stalinist Russia’s purges, mass starvations and Gulag exiles. 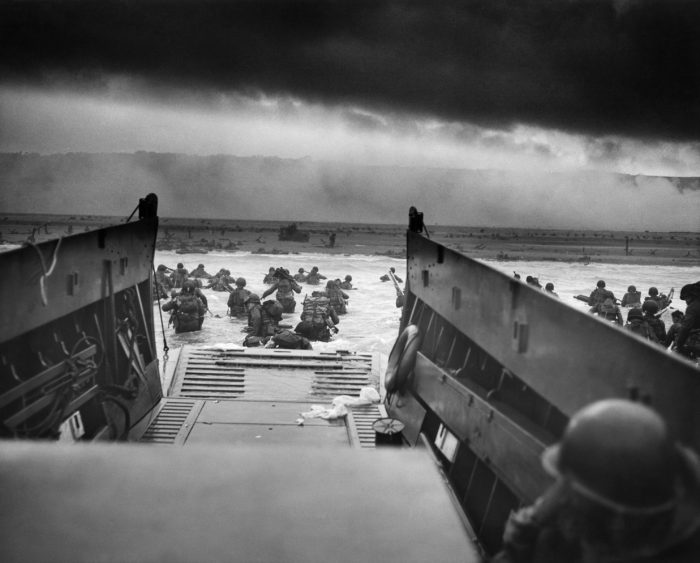 After World War II, things got better in a slow sort of way. The trauma of the recent past spurred on the formation of international laws, international courts, a universal declaration of human rights, civil rights movements and the like. We also got the Cold War, which, for all its tensions, was a big improvement on hot wars.

Now things are falling apart again, and rest assured that U.S. leaders and their less-savory allies abroad are doing their part in the devolution of peace and justice. Shall we name just a few U.S. names? Well, there is Donald Trump and his minion Bolton. They go gaga over thugs passing themselves off as presidents in such nation-states as Egypt, the Philippines and that pseudo-democracy, Israel. There is also Sen. Marco Rubio of Florida, who has turned into the U.S. version of Cardinal Richelieu when it comes to Washington’s South America foreign policy. He is the one pushing for the overthrow of the legitimate government in Venezuela while simultaneously calling for close relations with the new fascist president of Brazil.

And the list goes on. How do we do this to ourselves? Is it short memories of the wretched past or almost no historical memory at all? Is it some sort of perverse liking for group violence? This is an important question and a perennial one. But now, with global warming upon us and lifestyles soon to be under threat, things are going to get even messier—and messy social and economic situations are usually good news for barbarians. More than ever, we are going to need uncorrupted international laws, courts and police.

58 comments for “The Problem of International Law”