A major spill of jet fuel in 2014 should have shut down this aging, leaking, storage complex, says Ann Wright.

By Ann Wright
in Honolulu
Special to Consortium News

The North Korean missile scare in Hawaii a year ago was alarming.  But that fear has abated. Once again the greatest perceived threat to the island of Oahu comes  from our own U.S. military.

The walls on the 75-year-old jet fuel tanks are now so thin that the edge of a dime is thicker.  Each of the underground tanks holds 12.5 million gallons of jet fuel; 225,000,000 gallons in total.

In 2014, 27,000 gallons of jet fuel leaked through a weak spot on a tank that had been repaired with a welded patch.  The welding gave way and the fuel entered the the water supply.

Drinking water is currently safe to drink, but traces of petroleum chemicals are being detected in the groundwater near the tanks.

Leaks have been going on for years. Studies have documented them since 1947. The continued corrosion of the tank liners constantly risks a catastrophic fuel release.

Concerned citizens on the island have for decades been trying to get the U.S. Navy to remove the tanks. The military’s position is that the fuel tanks are of strategic importance to U.S. national security and are being maintained as well as 75-year old tanks can be.

The military is a formidable political opponent here.

The island has a total of 36,620 military personnel spread over the Army, Navy, Marines, Air Force and Coast Guard.  When the 64,000 military family members and military contractors are added to the active duty military, the military-industrial complex on Oahu numbers about 100,000, 10 percent of Oahu’s total population of 988,000.

The U.S. has acknowledged the medical problems the contamination of the drinking supply caused at another community; the huge U.S. Marine Base at Camp Lejeune, N. C., and Marine Corps Air Station in New River, North Carolina.

From 1953 through 1987, tens of thousands of Marines and their families were exposed to two on-base water wells that were contaminated with trichloroethylene (TCE), perchloroethylene (PCE), benzene, vinyl chloride among other compounds from on-base leaking storage tanks and an off-base dry cleaner.

At long last, the Veterans Administration has acknowledged the dangerous situation on the bases in North Carolina that was ignored for decades.  The VA has declared that a large number of diseases are caused by the chemicals and that military and family members who have contracted these diseases and who are still living will be compensated. 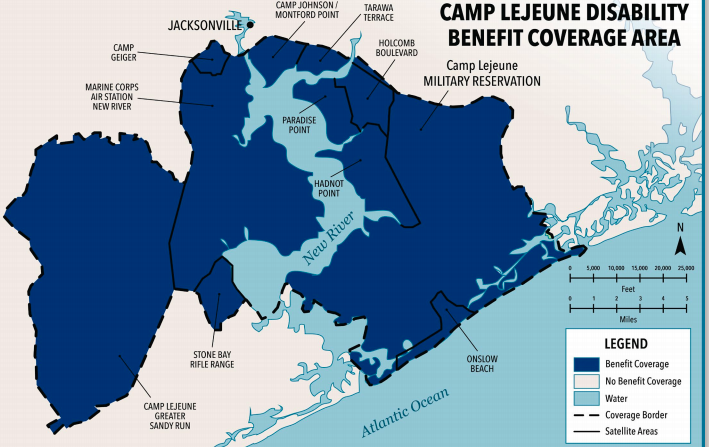 On the other side of the country from North Carolina, the Navy has already closed down one complex of underground jet fuel storage tanks at Point Loma, California, which had 54 storage tanks.  The riveted seams on the underground tanks began leaking as they aged.  When 1.5 million gallons of fuel spilled from the site in 2006, the U.S. Navy was decided to replace the tanks.

Question of When, Not If

For us on Oahu, the bottom line is that when —not if —the massive jet fuel storage tanks leak into the aquifer of Honolulu, city, state and federal officials must be held accountable. The public has given them plenty of warning of their concerns.

In Flint, Mich., officials also knew that the drinking water was contaminated. They didn’t do anything to stop the community from using it. Remarkably, no Flint official has gone to jail yet, but the community is demanding accountability for malfeasance in office—which would be the same in Honolulu when disaster strikes on the jet fuel storage tanks.

I will make this personal.

I am 72 years old and served 29 years in the U.S. military. I retired 20 years ago.  The 20 jet fuel storage tanks are 75 years old and have served each of those 75 years and are still serving.

At 72, I have had the normal number of aches and pains including a hip replacement that didn’t turn out the best and skin cancer surgery that left skin grafts and patches on my face, head and leg.

At 75, the 20-story jet fuel storage tanks also have had aches and pains as well as their skin getting thinner and thinner due to seven decades of corrosion.   Patching of the thin skin of the Red Hill jet fuel tanks didn’t turn out so well either, with the welding on one of the patches giving way in 2014.

Those of us in our 70s, whether we are fuel tanks or humans, know all about leaks—it’s a hazard of age.

I retired from the U.S. Army after 29 years of service.  After 75 years of service, it’s time to retire the leaking Red Hill Storage tanks—and protect our precious water supply.

Colonel Ann Wright served 29 years in the U.S. Army and Army Reserve.  She was a U.S. diplomat for 16 years and served in U.S. Embassies in Nicaragua, Grenada, Somalia, Uzbekistan, Kyrgyzstan, Sierra Leone, Micronesia, Afghanistan and Mongolia.  She resigned from the U.S. government in 2003 in opposition to the U.S. war on Iraq.  She lives in Honolulu and is a member of Hawaii Peace and Justice and Veterans for Peace-Hawaii.

← Okinawa and the US Military Link to PFAS Toxins
Britain and the Iranian Revolution: Arms & Secret Deals →

19 comments for “US Military Fuel Tanks Threaten Aquifer in Hawaii”