The Japanese island hosting U.S. military bases and training sites is a forerunner in exposing the contamination, writes Pat Elder.

By Pat Elder
World BEYOND War

Contaminants are being detected in water samplings in communities adjacent to U.S. military installations around the world. One forerunning example—publicized more than five years ago—is the Japanese island of Okinawa, which hosts 32 U.S. bases and 48 training sites.

In 2013, The Japan Times published an exposé about the high concentrations of toxins generically known as per- and polyfluoroalkyl substances, or PFAS, in the drinking water in Okinawa communities adjacent to Kadena Air Base and the Marine Corps Air Station Futenma.

The chemicals are found in the fire-fighting foam used in routine fire-training exercises on these bases and have been found in groundwater samplings. The Military Times in June ran an article about several women who have suffered miscarriages on military bases and have begun wondering if they were tied to something in the water.

The National Center for Environmental Health and the Agency for Toxic Substances and Disease Registry both offer guidance about the possible health risks of PFAS exposure. The Environmental Protection Agency, while declining to regulate the chemicals, offers similar advice.

These agencies say the risks of high exposure include higher cholesterol levels; a decrease in how well the body responds to vaccines; heightened risk of thyroid disease; decreased fertility in women; increased risks to pregnant women that include high blood pressure or pre-eclampsia.

The Intercept reported on a small study that found certain PFAS correlated to lower sperm counts and other problems in males. 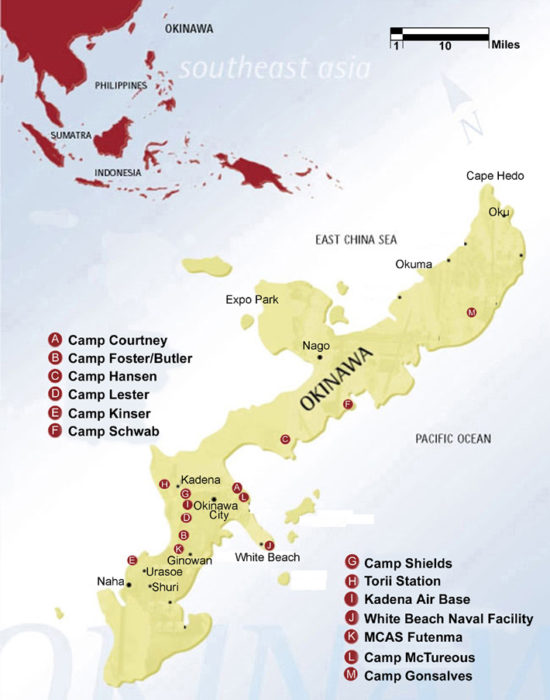 The Agency for Toxic Substances and Disease Registry points out that a large number of animal studies show that polydiacetylenes, or PDAs, can cause damage to the liver and the immune system.

Two other types of PFAS—perfluorooctane sulfonate, or PFOS, and perfluorooctanoic acid, or PFOA—have caused birth defects, delayed development and newborn deaths in lab animals. Studies in animals have shown that PFOA and PFOS can cause cancer in the liver, testes, pancreas and thyroid. Of course, humans and animals react differently to PFAS.

A panel of scientists in Michigan who are grappling with numerous municipal water systems contaminated with PFAS concurs with the ATSDR’s assessment “with regard to associations of PFAS exposure to alterations of thyroid function, high cholesterol, ulcerative colitis, testicular cancer, kidney cancer, pregnancy-induced hypertension, and elevated liver enzymes,” according to a report by the trade magazine Environmental Newsstand (which operates behind a paywall).

Public concern about the environmental threats of these chemicals, spans the globe, from New Zealand, to Korea, to Germany.

The U.S.-Japan agreement on the Okinawa bases does not allow for Japanese officials to gain access to the bases to investigate the source of the contamination.  “Within the facilities and areas, the United States may take all the measures necessary for their establishment, operation, safeguarding and control,” reads the Status of Forces Agreement between the U.S. and Japan.

Japan’s SOFA differs from those in force in European nations such as Germany, where local authorities are allowed to enter bases. According to Japan’s SOFA, Japanese officials may not conduct investigations without U.S. consent. In Germany they can.

According to Jon Mitchell, a British author who wrote the 2013 article for Japan Times, when the Okinawa Defense Bureau approached U.S. military officials in February 2017 to discuss drinking water being contaminated by the aqueous fire-fighting foam, American military officials rejected the meeting, saying the PFAS-laden foam is not a regulated substance.

They’re right. The EPA continues to allow their use.

It’s possible to speculate as to why that is: Reining in all 3,000 PFAS and admitting their destructive impact might unleash a flood of lawsuits against manufacturers and the military and worldwide unrest. The military might have good reason to simply hope the issue fades away.

But it won’t. After all, these compounds are known as “forever chemicals” because they don’t break down.

Michigan authorities, for example, recently banned eating deer caught close to Wurtsmuth Air Base. The base was closed 25 years ago but the streams are still dangerously contaminated.

Amid growing public concern about the chemicals, the EPA is coming under pressure. On the heels of a news report saying the EPA refuses to regulate PFAS and PFOS, the agency on Jan. 30 said it was still crafting an action plan. “Despite what is being reported, EPA has not finalized or publicly issued its PFAS management plan, and any information that speculates what is included in the plan is premature,” said David Ross, assistant administrator of the Office of Water.

As long as the EPA refuses to regulate these substances U.S. military officials can continue shrugging off the release of the chemicals into neighboring communities from Belgium to Korea; Honduras to Japan. 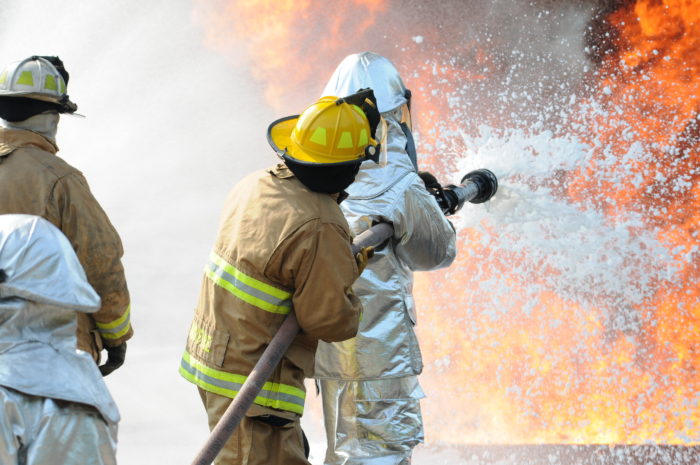 Currently, the EPA has set a voluntary limit of 70 parts per trillion, or ppt, for PFAS, while the developing consensus in the scientific community—the one that legitimately aims to protect public health—says that 70 ppt is exceedingly high.

Amid chemical industry pressure, in early 2018, Scott Pruitt’s EPA and the White House frantically sought to block publication of a federal health study on PFAS, after one Trump administration aide warned it would cause a “public relations nightmare.”

The study was finally released in June, when the Agency for Toxic Substances and Disease Registry significantly lowered the lifetime drinking water levels to 11 ppt for PFOA and 7 for PFOS.

Still, this voluntary measure is likely to be dangerous for human health, according to leading American health scholars. In 2016, Philippe Grandjean of the Harvard T.H. Chan School of Public Health, and Richard Clapp of the University of Massachusetts at Lowell, calculated that an approximate safe dose of  PFOS and PFOA in drinking water is 1 ppt.

Municipal water systems in Okinawa have been shown to contain more than a hundred times that level, while ground water is contaminated at a level a thousand times higher. The contamination is not confined to Okinawa. For instance, groundwater at China Lake, Calif., was recently tested at 8 million ppt. The Department of Defense reports other high levels at active and former bases through the U.S., including those in New York, Alaska and Florida.

Although few in America who live adjacent to military bases are aware of the contamination, the situation is different in Okinawa, where researchers and activists have been sounding the alarm.

The Chatan water plant supplies water to a half dozen villages near U.S. Marine Corps Air Station Futenma. In 2015, the water at Chatan measured up to 120 ppt for PFAS.  The Dakujakugawa River that runs through the base was found to contain 1,379 ppt of PFAS. Ground water tests in the area ranged from 83 ppt to 290 ppt. 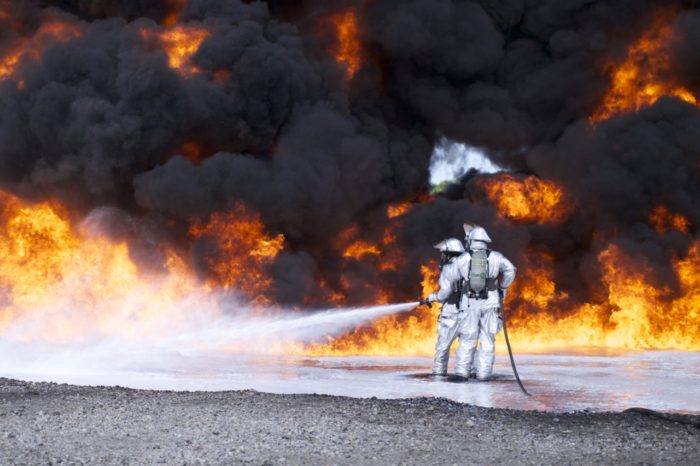 The Okinawan Prefectural Government has identified 15 rivers and water treatment facilities with dangerous levels of PFOS and PFOA contamination.  In November 2018, Okinawa officials reported that 2,000 ppt of the chemicals were detected at the Chunnag? Spring Water Site (Wakimizu Chunnag?) in Kiyuna, Ginowan City.

In 2015, in response to a freedom-of-information request, the Pentagon released records detailing high levels of contamination on Okinawa’s Camp Kinser Marine Corps Base land that was scheduled for return to civilian use. Those records showed high concentrations of: chlordane; DDT; malathion; dioxin; polychlorinated biphenyls, or PCBs;

lead and cadmium.  Massive quantities of neutralized cyanide compounds, inorganic acids, alkalis, and 12.5 tons of ferric chloride were buried or “flushed” on the base. The U.S. has also left behind arsenic, depleted uranium, nerve agents and hexavalent chromium.

Massive amounts of pesticides were buried at Camp Hansen, a U.S. Marine base in the town of Kin.

Pat Elder is the director of the National Coalition to Protect Student Privacy.  He serves on the Coordinating Committee of World BEYOND War. Special thanks to Joseph Essertier, associate professor, Nagoya Institute of Technology and coordinator of Japan for a World BEYOND War. Some of the findings in this article are based on the research of Jon Mitchell, a British journalist and author based in Japan and of Masami Kawamura of the Okinawa-based Informed-Public Project, a research organization focusing on environmental issues.