The North Korea leader obviously wants a deal, writes Patrick Lawrence, which gives the U.S. a historic opportunity next month.

President Donald Trump’s announcement late last week that he will meet North Korea’s Kim Jong-un next month promises a significant result whether the encounter succeeds or fails. In the intervening weeks, we have two questions to ponder.

No. 1: what will this second summit accomplish? The first Trump–Kim meeting last June in Singapore was about establishing rapport and can by this measure be counted a success. Something of substance, however modest, needs to get done this time.

No. 2, and just as important, will Trump’s foreign policy minders undermine this encounter before it takes place? The record suggests this is a serious possibility.

A month ago, Trump announced the withdrawal of U.S. special forces from Syria. The howls of protest, Capitol Hill Democrats often the shrillest, have not ceased. And troops have not started to pack their duffle bags.

But the Syria decision may prove a turning point, given that Trump directly confronted the policy clique — segments of the Pentagon and State Department bureaucracies, as well as members of the National Security Council —who have been sabotaging his objectives since his first day in office two years ago. 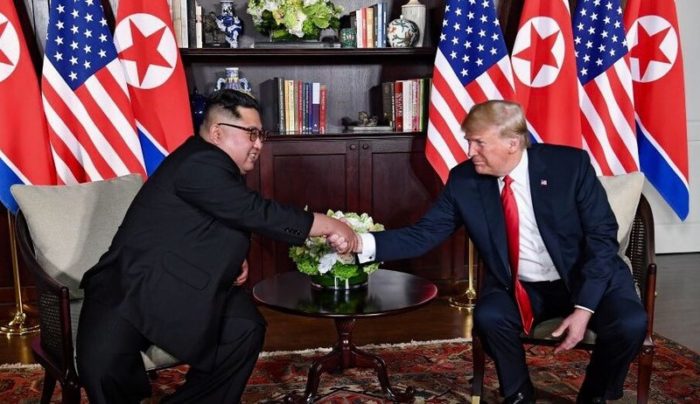 Steve Bannon, once and briefly Trumps’ strategic adviser, put it this way after the withdrawal announcement: “The apparatus slow-rolled him until he just said enough and did it himself. Not pretty, but at least done.”

Will the second Trump–Kim summit prompt another such showdown with “the apparatus” around Trump?

It could. John Bolton, Trump’s national security adviser, is a hyper-hawk on North Korea. Behind him, the Pentagon finds the prospect of lasting peace on the Korean Peninsula a threat to its immense presence in Northeast Asia. Be wary in coming weeks of vaguely sourced press reports citing newly discovered North Korean treachery, betrayals, and deceits.

More For, Than Against

On balance, however, Trump and Kim appear to have more going for them than against them this time.

Now that the policy cliques and the press have run out of playground epithets for Kim—monster, merciless murderer, and so on—it is generally acknowledged that however autocratic, he is a young but capable statesman. In his new year’s message, he confirmed that national policy has now shifted decisively toward economic development as the North’s top priority. 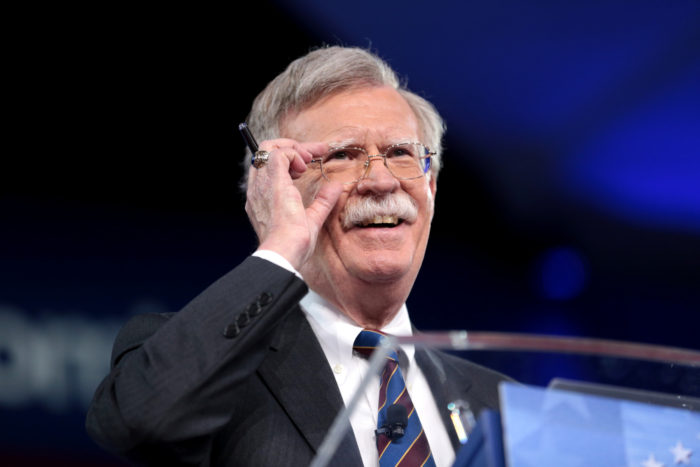 While Washington and its clerks in the corporate press give Kim no credit, he has already made numerous gestures intended to appease American hawks such as Bolton, build confidence, and signal his desire to be, in effect, a modernizing dictator somewhat in the mold of China’s former leader, the late Deng Xiaoping.

Kim has halted all nuclear and missile testing, destroyed a nuclear-testing site, offered to pull back artillery from the 38th parallel, which now divides North and South Korea, and returned the remains of some American soldiers killed in the 1950–53 war. North and South have also demilitarized a “truce town.”

Kim wants a deal—there are no serious grounds to question this—and is surely smart enough to know he has to bring something impressive to the table next month. Just what this will be is not clear. It is easier to anticipate what he will not concede: the reciprocal diplomatic process that Moon Jae-in, South Korea’s president, calls “action for action.” It is the only rational, workable way to go forward after almost seven decades of mutual distrust and animosity.

Moon has remained remarkably energetic in behalf of a North–South settlement. His country, along with Russia and China, have drawn up development plans to connect the North and its neighbors — rails, roads, airports, seaports, power plants, refineries, and so on — that has something for everybody: The North acquires the foundation for a modern economy, South Korea gains land routes to Chinese, Russian, and European markets, Russia develops its Far East, and China can do more business with both North and South. A map of this plan shows three development belts: Two are to run down the Korean Peninsula’s western and eastern coastlines from the Chinese and Russian borders respectively. The third will run west to east across the 38th parallel. Moon wants these links eventually to connect South Korea to the Trans-Siberian Railway. 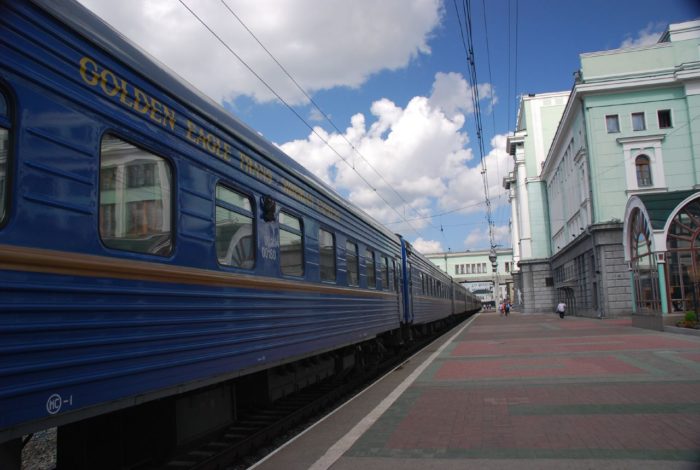 The numbers bandied about are extraordinary. While Seoul has allocated a modest $260 million to improve cross-border rail links this year, that is merely the beginning. The Korea Rail Network Authority, a government agency, estimates that upgrading the North’s roads and rails alone will cost roughly $38 billion before it is done. At the time of the first Trump–Kim summit, Citicorp put the cost of rebuilding all of the North’s infrastructure at $63 billion.

These plans have advanced steadily since the first Trump–Kim meeting. But coverage in the mainstream American press is far from abundant.

By all appearances, the U.S. is simply not interested in a constructive settlement in Northeast Asia, even as other nations proceed to develop one. This is a perfect illustration of what happens when a nation is intent only on the projection of its power.

It is anyone’s guess what Trump will bring to his summit with Kim. But it is clear what would produce a breakthrough if Trump truly wants one. First, he can exempt some of Moon’s cross-border development plans from sanctions that now inhibit them. Second, he can relax the ridiculous demand that the North completes its denuclearization before Washington concedes anything. “Give us all we want and then we negotiate” is not a position from which to expect any gains.

Given Kim’s aspirations and the diplomatic efforts of Seoul, Moscow, and Beijing, the opportunity for a settlement of the Korean question has not been this promising since the 1953 armistice. At the same time, Washington has rarely been so uncertain of its power—and hence so eager to display it—and we have a president surrounded by advisors given to neutralizing his better policy objectives.

If Trump and Kim get something done a month from now, we could be on the way to peace in Northeast Asia after 66 years of high tension. If they fail, or if Trump gets the Syria treatment, many years are likely to pass before a moment this propitious comes again.

Patrick Lawrence, a correspondent abroad for many years, chiefly for the International Herald Tribune, is a columnist, essayist, author and lecturer. His most recent book is “Time No Longer: Americans After the American Century” (Yale).

Follow him @thefloutist. His web site is www.patricklawrence.us. Support his work via www.patreon.com/thefloutist.

36 comments for “Second-Round Stakes Higher for Trump and Kim”