Chalk up another failure for a rabid media desperately trying to prove the Russia-gate story, this time a piece by a reporter with a history of failure, as Joe Lauria reports.

In their haste to prove they are right after going out on a limb many times in the Russia-gate saga, reporters have made numerous, egregious errors or have produced unsubstantiated reports that have nonetheless not deterred them from future mistakes. There are at least 50 examples. The Washington Post in Dec. 2016  erroneously reported that Russia had hacked into a Vermont power grid.   CNN fired its newly created investigative unit in June 2017 when it wrongly connected Donald Trump to a Russian bank.  In Dec. 2017, CNN, CBS and MSNBC all botched the date of an email which led them to falsely report that WikiLeaks had somehow offered Donald Trump Jr. advanced copies of the DNC emails.

Guardian reporter Luke Harding, desperate for proof to back up his bestseller “Collusion,” reported in Nov. 2018 that Paul Manafort, briefly Trump’s campaign manager, had met three times with WikiLeaks publisher Julian Assange in the Ecuador embassy in London in a story that provided zero evidence and hasn’t been confirmed by anyone else.

In Nov. 2017, reporter Jason Leopold reported for BuzzFeed that Moscow had sent $30,000 to the Russian embassy in Washington “to finance [the] election campaign of 2016,” only for it to be revealed that the money was to pay for Russian citizens in the U.S. to vote in the 2016 Duma elections. Now Leopold has done it again. His report last week, with Anthony Cormier, that Trump had told his lawyer to perjure himself before Congress was refuted by Special Counsel Robert Mueller.

After Brian Ross of ABC News wrongly reported in Dec. 2017 that Michael Flynn, President Trump’s choice for national security advisor, had met with Russia’s ambassador during the campaign rather than after the election, Ross was forced to resign. Yet Leopold, despite his long history of getting it wrong, continues to be employed. Leopold has had more success with stories based on FOIA requests than with unnamed sources. Consortium News Editor-in-Chief Joe Lauria had the following encounter with Leopold in 2006, which he wrote about in The Washington Post.

My Unwitting Role in the Rove ‘Scoop’

The May 13 story on the Web site Truthout.org was explosive: Presidential adviser Karl Rove had been indicted by Special Counsel Patrick J. Fitzgerald in connection with his role in leaking CIA officer Valerie Plame’s name to the media, it blared. The report set off hysteria on the Internet, and the mainstream media scrambled to nail it down. Only . . . it wasn’t true.

As we learned last week, Rove isn’t being indicted, and the supposed Truthout scoop by reporter Jason Leopold was wildly off the mark. It was but the latest installment in the tale of a troubled young reporter with a history of drug addiction whose aggressive disregard for the rules ended up embroiling me in a bizarre escapade — and raised serious questions about journalistic ethics.

In his nine-year reporting career, Leopold has managed, despite his drug abuse and a run-in with the law, to work with such big-time news organizations as the Los Angeles Times, Dow Jones Newswire and Salon. He broke some bona fide stories on the Enron scandal and the CIA leak investigation. But in every job, something always went wrong, and he got the sack. Finally, he landed at Truthout, a left-leaning Web site.

I met Leopold once, three days before his Rove story ran, to discuss his recently published memoir, “News Junkie.” It seems to be an honest record of neglect and abuse by his parents, felony conviction, cocaine addiction — and deception in the practice of journalism.

Leopold says he gets the same rush from breaking a news story that he did from snorting cocaine. To get coke, he lied, cheated and stole. To get his scoops, he has done much the same. As long as it isn’t illegal, he told me, he’ll do whatever it takes to get a story, especially to nail a corrupt politician or businessman. “A scoop is a scoop,” he trumpets in his memoir. “Other journalists all whine about ethics, but that’s a load of crap.” 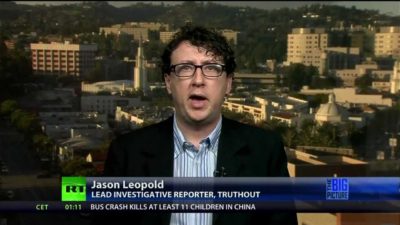 I disagree, but I felt some sympathy for the affable, seemingly vulnerable 36-year-old. Before we parted, I told him a bit about myself — that I freelance for numerous newspapers, including the Sunday Times of London. His publicist had earlier given him my cellphone number.

Three days later, Leopold’s Rove story appeared. I wrote him a congratulatory e-mail, wondering how long it would be before the establishment media caught up.

But by Monday there was no announcement. No one else published the story. The blogosphere went wild. Leopold said on the radio that he would out his unnamed sources if it turned out that they were wrong or had misled him. I trawled the Internet looking for a clue to the truth. I found a blog called Talk Left, run by Jeralyn Merritt, a Colorado defense lawyer.

Merritt had called Mark Corallo, a former Justice Department spokesman who is now privately employed by Rove. She reported that Corallo said he had “never spoken with someone identifying himself as ‘Jason Leopold.’ He did have conversations Saturday and Sunday . . . but the caller identified himself as Joel something or other from the Londay [sic] Sunday Times. . . . At one point . . . he offered to call Joel back, and was given a cell phone number that began with 917. When he called the number back, it turned out not to be a number for Joel.”

A chill went down my back. I freelance for the Sunday Times. My first name is often mistaken for Joel. My cellphone number starts with area code 917. 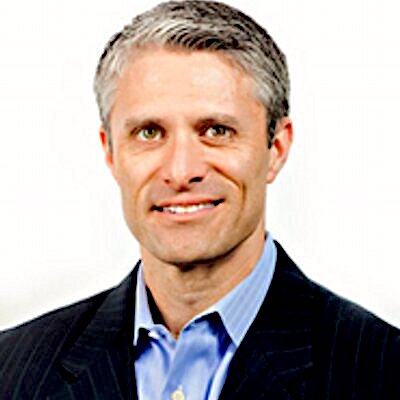 I called Corallo. He confirmed that my name was the one the caller had used. Moreover, the return number the caller had given him was off from mine by one digit. Corallo had never been able to reach me to find out it wasn’t I who had called. He said he knew who Leopold was but had never talked to him.

I called Leopold. He gave me a profanity-filled earful, saying that he’d spoken to Corallo four times and that Corallo had called him to denounce the story after it appeared.

When he was done, I asked: “How would Corallo have gotten my phone number, one digit off?”

“Joe, I would never, ever have done something like that,” Leopold said defiantly.

Except that he has done things like that. His memoir is full of examples. He did break big stories, but he lied to get many of them. He admits lying to the lawyers for Enron executives Jeffrey Skilling and Andrew Fastow, making up stories to get them to spill more beans. “I was hoping to get both sides so paranoid that one was going to implicate the other,” he wrote.

I don’t really know why Leopold may have pretended to be me to Corallo. I can only speculate that he either was trying to get a reaction and thought Corallo would be more likely to respond to a conservative-leaning mainstream paper, or he was trying to get Corallo to acknowledge that Rove had been indicted by bluffing that the Sunday Times had confirmed the story. In fact, Corallo told me that “Joel” told him that he had Fitzgerald’s spokesman on the record about the indictment. He has also said he believes Leopold made up the whole story.

Leopold still stubbornly stands by the story, claiming that something happened behind the scenes to overturn the indictment. Marc Ash, Truthout’s executive director, said last week that his site will “defer to the nation’s leading publications” on the Rove story, but he declared his continuing faith in Leopold.

We may never know what really happened. Most mainstream news organizations have dismissed the Leopold story as egregiously wrong. But even if he had gotten it right and scooped the world on a major story, his methods would still raise a huge question: What value does journalism have if it exposes unethical behavior unethically? Leopold seems to assume, as does much of the public, that all journalists practice deception to land a story. But that’s not true. I know dozens of reporters, but Leopold is only the second one I’ve known (the first did it privately) to admit to doing something illegal or unethical on the job.

After reading his memoir — and watching other journalists, such as Jayson Blair at the New York Times and Jack Kelley at USA Today, crash and burn for making up stories or breaking other rules of newsgathering — I think there’s something else at play here. Leopold is in too many ways a man of his times. These days it is about the reporter, not the story; the actor, not the play; the athlete, not the game. Leopold is a product of a narcissistic culture that has not stopped at journalism’s door, a culture facilitated and expanded by the Internet.

In the end, whatever Jason Leopold’s future, he got what he appears to be crying out for: attention.

← Exclusive: They Spy with Their Little Eye
MSM Begs For Trust After BuzzFeedNews Debacle →