How can people enjoy a corporate retreat knowing they are near a vast indoctrination camp for ethnic Uighurs? Lawrence Davidson analyzes capitalist conditioning in response to a New York Times article about McKinsey & Co.

On the front page of The New York Times of Dec. 16, 2018, above the fold, there is a long article entitled “Turning Tyranny into a Client.” It tells how the management, and a good part of the staff, of McKinsey & Co., a worldwide management firm, goes about the business of burnishing the reputations and increasing the wealth of some of the nastiest tyrants on the planet. Simultaneously, the company publicly claims to be creating “tens of thousands of jobs, improving lives, providing education” and generally “making a positive difference to the businesses and communities” which engage their services. How much of these claims are simply a cover for making huge profits by facilitating corruption is one of the things the article explores.

This scenario is not an unusual one. Most large corporate structures dealing internationally find themselves assisting tyrannical governments and their corrupt leaders—it is just a matter of degree. McKinsey & Co., for their part, may be into it big time.

Indeed, there is further aspect to this story, and it is introduced through the article’s description of this McKinsey & Co.’s 2018 retreat. Here it is: “hundreds of the company’s consultants frolicked in the desert, riding camels over sand dunes and mingling in tents linked by red carpets.” And where was this occurring? In “Kashgar, the ancient Silk Road city in China’s far west.” Kashgar is also a place that is “experiencing a major humanitarian crisis. About four miles from where the McKinsey consultants discussed their work, which includes advising some of China’s most important state-owned companies, a sprawling internment camp had sprung up to hold thousands of ethnic Uighurs—part of a vast archipelago of indoctrination camps where the Chinese government has locked up as many as one million people.”

Not Bothered by Political Backdrop

As far as the NYT’s reporters could tell, the “frolicking” company consultants were not bothered by this “political backdrop” to their otherwise “Disney-like adventure.” Obviously this speaks to a collective mindset wherein ethical awareness has been rationalized away. I think this situation deserves a closer analysis. 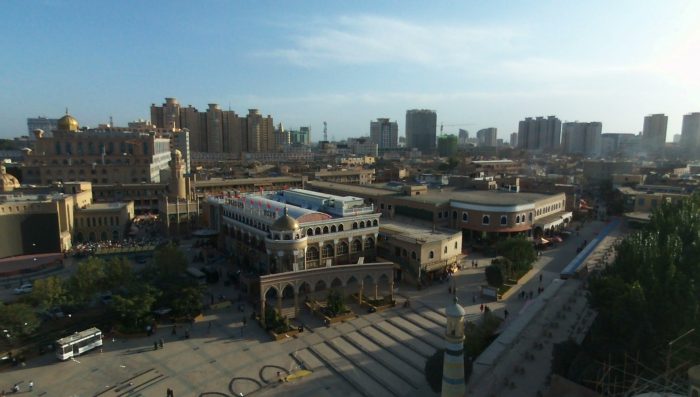 Why would “hundreds of the company’s consultants” apparently be immune to the horrors within, if you will, an easy camel’s ride from their retreat? More generally, why apparently would they be indifferent to the corruption their employer, and themselves, may well be facilitating?

Here are some possible parts to the answer:

Consider that the pervasive economic environment in the West, from which most of the consultants come from or were educated, is one of increasingly unregulated capitalism. Their educations equated success with the procuring of “a good job.” That is certainly what college nowadays is all about—to get the highest-paying starting job one’s career choice can offer. We acquire this definition of success from the cultural agents all around us: from our parents, our peers, our business, political and social leaders, and from the media. Thus almost all of us are set up from birth to be potential McKinsey employees.

Given our economic culture, no one should be surprised that the language the consultants, and the rest of us, presently speak is “a late-capitalist language.” This language “narrows our conceptual horizons” and thereby “makes it more difficult to conceive alternative ways of organizing our economy and society.” If you would like to learn how this works, I recommend a new book by John Patrick Leary, “Keywords: The New Language of Capitalism.”

One recent example of this language problem arose when General Motors announced in November 2018 the imminent laying off of more than 14,000 workers. The CEO of General Motors, Mary Barra, explained the move in the following words: “The actions we are taking today continues our transformation to be highly agile, resilient, and profitable, while giving us the flexibility to invest in the future.” The ruination of 14,000 lives becomes a prerequisite for an “investment in the future” and testimony of growing agility and resilience. Her language paints reprobate behavior as economic virtue. Actually, there is an echo of the Ford Pinto scandal here. In that case, the ability to prevent deaths caused by a recognizedly dangerous auto gas tank design was ignored. Later, the decision was justified in the language of cost-benefit analysis.

Lack of Education in Ethics

This sort of reasoning is not unexpected. Thus, there is nothing in present Western education to contest the language that rationalizes this sort of thinking. In other words, there is a lack of ethical standards that, in practice, call into question the capitalist worldview of someone like Mary Barra. So, you can find business courses galore in higher education, but 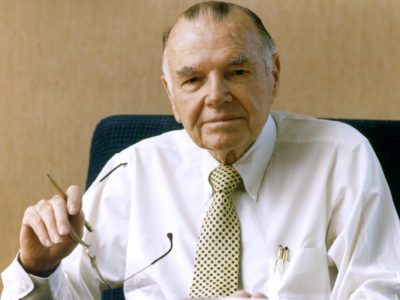 Marvin Bower, “founder of modern-day McKinsey and its corporate culture,” according to Wikipedia. (McKinsey & Co.)

ethics courses are rare—and even when you can find them they do not necessarily address themselves to market practices. In the lower grades and high school the subject of ethics, like sex, is thought to be an inappropriate one for the classroom. We are supposed to pick up our ethics from our parents and/or religion. That means acquiring ethical standards is catch-as-catch-can. But learning to think in terms of, and navigate in, a capitalist world is the sine qua non of success.

We are communal animals, and most of us assimilate into a series of groups as we age. Our workplace community is one of these. The process of assimilation to such groups, especially when there is no countervailing influence (such as a union) creates the box outside of which we rarely look. Thus, “normal” cultural behavior is group behavior.

This is probably what is going on with the many of the McKinsey consultants. The longer they stay with the company, the more they assimilate into its culture, which, as we have seen, takes a strong rationalizing stand that its employees are helping their clients to develop along progressive lines. The NYT article quotes Calvert W. Jones, a University of Maryland professor, who “crisscrossed the Gulf monarchies in the Middle East as part of her research evaluating the work of management consultants.” She explains the McKinsey consultants’ behavior this way: “In the beginning, the best of them want to help, want to do real research, provide data and expert opinions. But after initially speaking their minds [about questionable behavior] … they gradually stop. They engage in the art of not speaking truth to power. They self-censor, exaggerate successes and downplay their own misgivings due to the incentive structures they face.” For those who buy into McKinsey’s cultural box, ethical standards are ultimately derived from company’s rationalizations.

The McKinsey consultants remind me of professional soldiers or diplomats, or any of us who serve an authority on which our livelihood depends. You must often learn the proper rationalizations to explain away, to yourself and others, the consequences of your behavior. Too much independent thinking, too much questioning of orders and you’re out.

However, once you have merged your standards with those of the institution, once its image is your image, you are safe—safe in your faith in the rationalizations that now guide your working life. At that point you can frolic almost anywhere with a “good conscience.”

34 comments for “Doing Business with Tyrants”