The ascendence of China and multilateral trading blocs could eventually spell the doom of the G20 and U.S. global dominance, as Pepe Escobar explains.

By Pepe Escobar
in Moscow
Special to Consortium News

The trade war launched by the Trump administration against China may not have been solved by a 2½-hour dinner between Chinese President Xi Jinping and Donald Trump at the G20 in Buenos Aires on Saturday. But it may have opened a path towards a drastic realignment.

Way beyond the histrionics surrounding the “family pic” – and whose nods and winks signaled surefire geopolitical capital – the G20 walked and talked like a last gasp to “save” the current turbo-capitalist world (dis)order.

The sherpas at the G20 lost sleep for two consecutive nights trying to come up with a final declaration capable of appeasing Trump. As virtually every nation at the G20 supports multilateralism on trade, nobody wanted to upset even more the real Big Boss in Buenos Aires: Xi Jinping.

The climax in any case was the U.S.-China bilateral – which carried the potential, if things went downhill, to derail the global economy.

The White House spin was on immediate negotiations – lasting 90 days – over forced transfers of U.S. technology to China; intellectual property protection; an array of non-tariff barriers; and alleged Chinese cyber “intrusions”. If there’s no deal, Washington will raise tariffs on Chinese imports to 25 percent.

Now compare that with the key take away from Beijing, with Wang Yi, the vastly experienced Chinese Foreign Minister, describing the dinner conversation as “friendly and candid.” There were also no specifics on how substantial the allegedly “immediate” Chinese buying of American agricultural, energy and industrial products will be.

Wang, defiant, outspoken, and an expert on Japan, was promoted to state councillor last year, which means the Ministry of Foreign Affairs now has much more clout over other key Chinese institutions. Last summer, Wang coined a priceless take on Trump’s trade war: “The U.S. often says that it is taken advantage of, but this is perplexing. It’s like someone who buys a hundred-dollar product in a supermarket, has the product in hand, and then complains that he is a hundred dollars short. Does that logic stand up?”

The Chinese negotiation camp though is led by a thoughtful intellectual; Harvard-trained vice-premier Liu He, 66, who directs the all-powerful General Office for the Central Financial and Economic Affairs Commission. Xi heads the commission but it’s Liu, his top adviser on economic policy, who actually runs the daily operations. He’s also the top interlocutor of U.S. Treasury Secretary Steven Mnuchin.

In the end, Beijing actually applied some modified Sun Tzu tactics to buy time. It has, in parallel, stalled almost to a whisper the “Made in China 2025” agenda, a plan to boost Chinese domestic industry which the Council on Foreign Relations calls a “real existential threat to U.S. technological leadership.”

The imminent Chinese leadership in robotics and artificial intelligence does proceed, of course, but now in dissimulation mode.

It’s not that Beijing has never thought about so-called “reforms.” Steps were already delineated by the China 2030 report, agreed five years ago between premier Li Keqiang and the World Bank, pointing to a progressive privatization of major state corporations and the banking system.

But this will happen on Chinese, not American, timing. Few, if any, analysts have noted that in the new NAFTA negotiated by the Trump administration with Canada and Mexico, and signed in Buenos Aires, that section 32.10 forbids members to negotiate with “non-market economies.” That’s code for China. Whatever happens next, Beijing will keep being demonized for “predatory” practices – the terminology of choice within the Beltway and enshrined in the U.S. National Security Strategy.

On the Global South front, just as the G20 was hosted by South America, the two key regional powers, Brazil and Argentina—one a BRICS member and the other a potential BRICS Plus member—instead of shining, presented a sorry picture. Argentina, with its economy in tatters thanks to a neoliberal puppet, and Brazil, totally humiliated on the brink of being run by a cartoonish neo-fascist, were both prostrated in total submission to the “indispensable nation.”

There are some fascinating nuances, however. Argentina’s neoliberal President Mauricio Macri is really a hyper-multilateralist, pro-free trade, and cooperation proponent in every international forum but his friend, Trump, was instrumental in getting the IMF to take Argentina to the cleaners once again.

Macri has excellent relations with the notorious multilateralists, China and the EU. When the White House claimed that Buenos Aires agrees that China’s trade policies are “predatory,” Argentine diplomats immediately denied it.

No wonder, as Argentina’s fourth nuclear power plant will be financed by China, at $8 billion. China will become Argentina’s biggest non-institutional lender after a currency swap doubles the nation’s credit line to $18.7 billion.

The Militarized Evangelical Banana Republic, formerly known as Brazil, once again, did not fail to deceive. French President Emmanuel Macron – already embattled by the Yellow Vest insurrection across France – reiterated that a free trade deal between the EU and Mercosur, under negotiation for nearly twenty years now, can only be clinched if the Brazilian government, under Jair Bolsonaro, does not ditch the Paris climate change Accord.

Prior to the G20, Bolsonaro abdicated from hosting the UN summit on climate change in 2019 – as Brazil may leave the Paris Accord to the benefit of the powerful agro-business lobby ravaging the Amazon rainforest. For Macron, self-styled leader not only of the EU but global environment, that’s a major red line. And that will translate into a French veto on a deal with Mercosur. No wonder Macri has got to be furious. 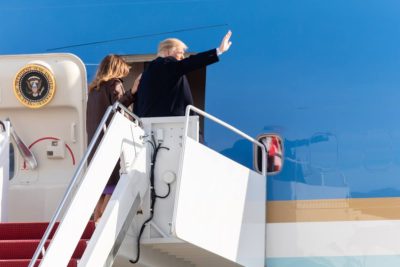 Crucially, Xi Jinping once again stressed in Buenos Aires that Beijing supports “necessary reforms” to the World Trade Organization (WTO). But these should protect the “interests” of developing countries – and China still defines itself as a developing country.

That brings us to a road map that should please the Global South.

Yaroslav Lissovolik, former Duetsche Bank and IMF official, at the essential Valdai Discussion Club, which he directs, proposed a horizontal format to coordinate trade and infrastructure integration: namely, an “R20” – as in Regional 20 – that “would bring together the largest regional heavyweights in the world economy represented by 10 regional blocks.”

This “connectivity track” within the R20 format, as Lissovolik describes it, might become the essential platform interlocking many current infrastructure projects, from the vastly ambitious – and well funded – Chinese-led New Silk Roads, or Belt and Road Initiative (BRI) to the still quite vague Asia-Africa Growth Corridor (AAGC), driven by Japan and India.

It’s not about nations; it’s about regional trade blocks. They might well become the uber-building blocks of a post-G20 world after a definitive, world system-shattering moment is brought upon us: when the petroyuan eclipses the dollar.