With just a few days left before Congress adjourns, House Republicans, like their President, have pretty much let the clock run out. There’s little chance now in “taking on the intelligence community,” says Ray McGovern.

By Ray McGovern
Special to Consortium

Because President Donald Trump has again pulled the rug out from under them, House Republicans face Mission Impossible on Friday when they try to hold ex-FBI Director James Comey accountable for his highly dubious authorization of surveillance on erstwhile Trump campaign adviser Carter Page.

Comey let go his unprecedented legal maneuver to have a court quash a subpoena for him to appear behind closed doors before the Republican-led House Judiciary Committee before the Democrats take over the committee in January. The current committee chair, Rep. Bob Goodlatte (R-VA), decried Comey’s use of “baseless litigation” in an “attempt to run out the clock on this Congress.”

The Judiciary Committee has jurisdiction over the Foreign Intelligence Surveillance Act (FISA); so the still secret FISA application “justifying” surveillance of Page is almost sure to come up.

Comey had wanted a public hearing so he could pull the ruse of refusing to respond because his answers would be classified. He has now agreed to a closed-door meeting on Friday, with a transcript, likely to be redacted, to appear soon after.

In an interview with The New York Post last Wednesday, Trump acknowledged that he could declassify Comey’s damning Foreign Intelligence Surveillance Act warrant request to show how devastating those pages likely are, but said he would not do so “until they were needed,” namely, if a Democratic House starts going after him. “If they go down the presidential harassment track, if they want go and harass the president and the administration, I think that would be the best thing that would happen to me. I’m a counter-puncher and I will hit them so hard they’d never been hit like that,” Trump told the paper. He added:  “It’s much more powerful if I do it then, because if we had done it already, it would already be yesterday’s news.”

But they are needed before Comey’s hearing on Friday. Barely a week will remain before Congress adjourns. Four weeks later Democrats take over the oversight committees. 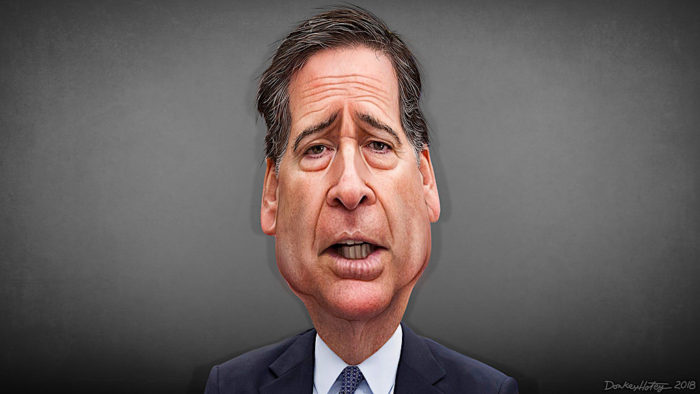 This is not the first time Trump has flinched. On September 17 he ordered “immediate declassification” of Russia-gate documents, including FISA-related material. Four days later he backed down, explaining that he would leave it to the Justice Department’s inspector general to review the material, rather than release it publicly.

What exactly is in the FISA application, and why had House Intelligence Committee chair Devin Nunes, for example, kept pleading with Trump to declassify it? In July Nunes expressed hedged confidence “that once the American people see these 20 pages, at least for those that will get real reporting on this issue, they will be shocked by what’s in that FISA application” to surveil Page, a U.S. citizen.

Oddly, Trump echoed Nunes, telling The New York Post that, were he to declassify FISA warrant applications and other documents, all would “see how devastating those pages are.” But Trump blamed his reluctance to declassify on one of his lawyers, Emmet Flood, who thought it would be better politically to wait. “He didn’t want me to do it yet, because I can save it. … I think [eventual release] might help my campaign.” So Nunes et al. find themselves thrown under the bus, again.

Worse still, according to Comey’s attorney, the “accommodation” worked out with House Judiciary Committee includes a proviso that a representative of the FBI will be present on Friday to advise on any issues of confidentiality and legal privilege. Do not be surprised to see many Peter-Strzok-type responses: “I would really like to answer that question, but the FBI won’t let me.”

In an insightful posting, David Stockman, budget director for President Ronald Reagan, was puzzled about why Trump doesn’t seem to get what’s going on. I think, rather, that Trump does get it, and that Stockman’s puzzlement may be due mostly to his specific experience as budget director. In that role, Stockman did not have to pay much heed to the Deep State, so long as he did not demur about the obscenely excessive budgets automatically given to the FBI, DOJ, CIA, NSA, and the Pentagon.

With Trump it’s a different kettle of fish — and they are piranhas. Trump has ample reason to fear the Deep State is out to get him because it is. And by this point he seems to have internalized quite enough fear that it would be too dangerous to take on the the FBI and intelligence community. Needless to say, the stakes are exceedingly high — for both sides. As president-elect, Trump dismissed the usual warnings as to how things work in Washington. But he could hardly have missed Sen. Minority Leader Chuck Schumer’s attempt to ensure that Trump knows what he should be afraid of.

Not Afraid? Then ‘Really Dumb’

On Jan. 3, 2017, three weeks before Trump took office, Schumer told MSNBC’s Rachel Maddow, that President-elect Trump was “being really dumb” by taking on the intelligence community and doubting its assessments on Russia’s cyber activities: “Let me tell you, you take on the intelligence community, they have six ways from Sunday at getting back at you. So even for a practical, supposedly hard-nosed businessman, he’s being really dumb to do this.”

Schumer’s words came just three days before then-National Intelligence Director James Clapper and the heads of the FBI, CIA, and NSA descended upon the president-elect with the misnomered “Intelligence Community Assessment” — a rump, evidence-free embarrassment to serious practitioners of intelligence analysis, published that same day, alleging that Russian President Vladimir Putin had done what he could to get Trump elected.

Adding insult to injury, after the January 6, 2017 briefing of the president-elect by the Gang of Four, Comey asked the others to leave, and proceeded to brief Trump on the dubious findings of the so-called “Steele dossier” — opposition research paid for by the Democrats (and, according to some reports, by the FBI as well) — with unconfirmed but scurrilous stories about Trump cavorting with prostitutes in Moscow, etc., etc. (And according to The Washington Post, that incident with hookers was written by a Clinton operative.) That opposition research was apparently used in the FISA warrant request, without revealing its provenance to the judge. 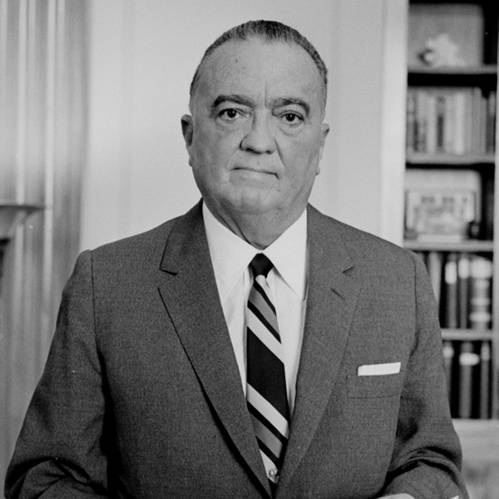 It seems to have taken Trump a few months to appreciate fully that he was being subjected to the classic blackmail-type advisory previously used with presidents-elect by the likes of J. Edgar Hoover. Indeed, this may be what Trump had in mind when he told Lester Holt in May 2017 that he had fired Comey over “this Russia thing.” (Trump can be his worst enemy when he opens his mouth.)

Comey’s closed-door deposition is now scheduled for the 77th anniversary of the Japanese surprise attack on Pearl Harbor. But don’t look for any surprise attack on Comey this December 7 from Judiciary Committee members, highly vulnerable though he is.

With just a few days left before Congress adjourns, House Republicans, like their President, have pretty much let the clock run out on them. Few will see much percentage at this late date in “taking on the intelligence community.” Trump has already pretty much thrown them under the bus.

The leadership of the three House committees with purview over Russia-gate matters — Judiciary, Intelligence, and Government Operations — changes next month. So while Friday had seemed to be shaping up as a key day for confronting Comey — and for getting answers to questions on Russia-gate — the day will likely land with an anticlimactic thud. Even if the committee is able to expose additional misdeeds not already known, nothing much is likely to happen before Christmas.

After that, the three committees and their aborted work will be history.

The dominant mainstream media narrative about Russia-gate — ignoring FBI-gate — will hop happily into the new year. And no congressional “oversight” committee will dare step up to its constitutional duty, despite a plethora of documentary evidence on FBI-gate. And why? Largely because “they” of the Deep State “have six ways from Sunday at getting back at you.”

Most consequential of all, any significant improvement in relations with Russia will remain stymied. And the MICIMATT (Military-Industrial-Congressional-Intelligence-Media-Academia-Think Tank) complex, with its Deep-State enforcer, will have won yet another round. Merry Christmas.

Ray McGovern works with Tell the Word, a publishing arm of the ecumenical Church of the Saviour in inner-city Washington. He worked for the senior Bush when he was director of the CIA and then briefed him mornings, one-on-one, with the President’s Daily Brief during the first Reagan administration. In Jan. 2003, Ray co-founded Veteran Intelligence Professionals for Sanity (VIPS) and still serves on its Steering Group.