WikiLeaks is vilified by governments (and increasingly by journalists) for its exposures, including of the U.S.-UK “special relationship” in running a joint foreign policy of deception and violence that serves London and Washington’s elite interests, says Mark Curtis.

Twelve years ago this month, WikiLeaks began publishing government secrets that the world public might otherwise never have known. What it has revealed about state duplicity, human rights abuses and corruption goes beyond anything published in the world’s “mainstream” media.

After over six months of being cut off from the outside world, on Oct. 14 Ecuador has partly restored Wikileaks founder Julian Assange’s communications with the outside world from its London embassy where the founder has been living for over six years. (Assange, however, later rejected Ecuador’s restrictions imposed on him.)

The treatment – real and threatened – meted out to Assange by the U.S. and UK governments contrasts sharply with the service Wikileaks has done their publics in revealing the nature of elite power, as shown in the following snapshot of Wikileaks’ revelations about British foreign policy in the Middle East.

Conniving with the Saudis

Whitehall’s special relationship with Riyadh is exposed in an extraordinary cable from 2013 highlighting how Britain conducted secret vote-trading deals with Saudi Arabia to ensure both states were elected to the UN human rights council. Britain initiated the secret negotiations by asking Saudi Arabia for its support. 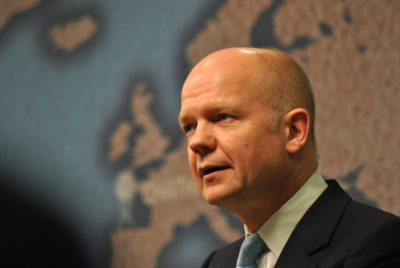 The Wikileaks releases also shed details on Whitehall’s fawning relationship with Washington. A 2008 cable, for example, shows then shadow foreign secretary William Hague telling the U.S. embassy that the British “want a pro-American regime. We need it. The world needs it.”

A cable the following year shows the lengths to which Whitehall goes to defend the special relationship from public scrutiny. Just as the Chilcot inquiry into the Iraq War was beginning in 2009, Whitehall promised Washington that it had “put measures in place to protect your interests”.

It is not known what this protection amounted to, but no U.S. officials were called to give evidence to Chilcot in public. The inquiry was also refused permission to publish letters between former U.S. President George W. Bush and former UK Prime Minister Tony Blair written in the run-up to the war.

Also in 2009, then Prime Minister Gordon Brown raised the prospect of reducing the number of British nuclear-armed Trident submarines from four to three, a policy opposed in Washington. However, Julian Miller, an official in the UK’s Cabinet Office, privately assured U.S. officials that his government “would consult with the U.S. regarding future developments concerning the Trident deterrent to assure there would be ‘no daylight’ between the U.S. and UK.” The idea that British decision-making on Trident is truly independent of the U.S. is undermined by this cable.

The Wikileaks cables are rife with examples of British government duplicity of the kind I’ve extensively come across in my own research on UK declassified files. In advance of the British-NATO bombing campaign in Libya in March 2011, for example, the British government pretended that its aim was to prevent Libyan leader Muammar Gaddafi’s attacks on civilians and not to overthrow him.

However, Wikileaks files released in 2016 as part of its Hillary Clinton archive show William Burns, then the U.S. deputy secretary of state, having talked with now Foreign Secretary Hague about a “post-Qaddafi” Libya. This was more than three weeks before military operations began. The intention was clearly to overthrow Gaddafi, and the UN resolution about protecting civilians was simply window dressing.

Another case of British duplicity concerns Diego Garcia, the largest island in the Chagos archipelago in the Indian Ocean, which is now a major U.S. base for intervention in the Middle East. The UK has long fought to prevent Chagos islanders from returning to their homeland after forcibly removing them in the 1960s.

A secret 2009 cable shows that a particular ruse concocted by Whitehall to promote this was the establishment of a “marine reserve” around the islands. A senior Foreign Office official told the US that the “former inhabitants would find it difficult, if not impossible, to pursue their claim for resettlement on the islands if the entire Chagos Archipelago were a marine reserve.” 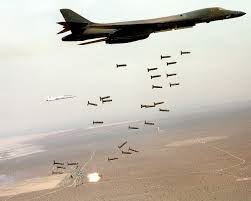 A week before the “marine reserve” proposal was made to the U.S. in May 2009, then UK Foreign Secretary David Miliband was also conniving with the U.S., apparently to deceive the public. A cable reveals Miliband helping the U.S. to sidestep a ban on cluster bombs and keep the weapons at U.S. bases on UK soil, despite Britain signing the international treaty banning the weapons the previous year.

Miliband approved a loophole created by diplomats to allow U.S. cluster bombs to remain on UK soil and was part of discussions on how the loophole would help avert a debate in Parliament that could have “complicated or muddied” the issue. Critically, the same cable also revealed that the U.S. was storing cluster munitions on ships based at Diego Garcia.

Spying on the UK

Cables show the US spying on the Foreign Office and collecting information on British ministers. Soon after the appointment of Ivan Lewis as a junior foreign minister in 2009, U.S. officials were briefing the office of U.S. Secretary of State Hillary Clinton about rumors that he was depressed and had a reputation as a bully, and on “the state of his marriage.”

Washington was also shown to have been spying on the UK mission to the UN, along with other members of the Security Council and the UN Secretary General.

In addition, Wikileaks cables reveal that journalists and the public are considered legitimate targets of UK intelligence operations. In October 2009, Joint Services Publication 440, a 2,400-page restricted document written in 2001 by the Ministry of Defence, was leaked. Somewhat ironically, it contained instructions for the security services on to avid leaks of information by hackers, journalists and foreign spies.

The document refers to investigative journalists as “threats” alongside subversive and terrorist organizations, noting that “the ‘enemy’ is unwelcome publicity of any kind, and through any medium.”

Britain’s GCHQ is also revealed to have spied on Wikileaks itself – and its readers. One classified GCHQ document from 2012 shows that GCHQ used its surveillance system to secretly collect the IP addresses of visitors to the Wikileaks site in real time, as well as the search terms that visitors used to reach the site from search engines such as Google.

The British government is punishing Assange for the service that Wikileaks has performed. It is ignoring a UN ruling that he is being held in “arbitrary detention” at the Ecuadorian embassy, while failing, illegally, to ensure his health needs are met. Whitehall is also refusing to offer diplomatic assurances that Assange will not be extradited to the US – the only reason he remains in the embassy.

Smear campaigns have portrayed Assange as a sexual predator or a Russian agent, often in the same media that have benefitted from covering Wikileaks’ releases.

Many journalists and activists who are perfectly aware of the fake news in some Western media outlets, and of the smear campaign against Labour leader Jeremy Corbyn, are ignoring or even colluding in the more vicious smearing of Assange.

More journalists need to champion the service Wikileaks performs and argue for what is at stake for a free media in the right to expose state secrets.

Mark Curtis is an historian and analyst of UK foreign policy and international development and the author of six books, the latest being an updated edition of Secret Affairs: Britain’s Collusion with Radical Islam.

← America’s Bloody Ally
As a Saudi Citizen in Exile, I Know What the Regime Does to Silence its Critics →