The idea promoted by the NYT’s Shane & Mazzetti that the Russian government seriously threatened to determine the 2016 election does not hold up when the larger social media context is examined more closely, reports Gareth Porter.

In their long recapitulation of the case that Russia subverted the 2016 election, Scott Shane and Mark Mazzetti of The New York Times painted a picture of highly effective Russian government exploitation of social media for that purpose. Shane and Mazzetti asserted that “anti-Clinton, pro-Trump messages shared with millions of voters by Russia could have made the difference” in the election.

“What we now know with certainty: The Russians carried out a landmark intervention that will be examined for decades to come,” they write elsewhere in the 10,000-word article.

But an investigation of the data they cite to show that the Russian campaigns on Facebook and Twitter were highly effective reveals a gross betrayal of journalistic responsibility. Shane and Mazzetti have constructed a case that is fundamentally false and misleading with statistics that exaggerate the real effectiveness of social media efforts by orders of magnitude.

The Internet Research Agency (IRA), is a privately-owned company run by entrepreneur Vevgeny V. Prigozhin, who has ties with President Vladimir Putin. Its employees poured out large numbers of social media postings apparently aimed at stoking racial and cultural tensions in the United States and trying to influence U.S. voters in regard to the presidential election, as Shane and Mazzetti suggest. They even adopted false U.S. personas online to get people to attend rallies and conduct other political activities. (An alternative explanation is that IRA is a purely commercial, and not political, operation.)

Whether those efforts even came close to swaying U.S. voters in the 2016 presidential election, as Shane and Mazzetti claimed, is another matter.

Shane and Mazzetti might argue that they are merely citing figures published by the social media giants Facebook and Twitter, but they systematically failed to report the detailed explanations behind the gross figures used in each case, which falsified their significance.

Their most dramatic assertions came in reporting the alleged results of the IRA’s efforts on Facebook. “Even by the vertiginous standards of social media,” they wrote, “the reach of their effort was impressive: 2,700 fake Facebook accounts, 80,000 posts, many of them elaborate images with catchy slogans, and an eventual audience of 126 million Americans on Facebook alone.” 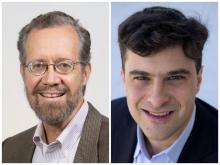 Shane and Mazzetti: Playing loose with the facts.

Then, to dramatize that “eventual audience” figure, they observed, “That was not far short of the 137 million people who would vote in the 2016 presidential elections.”

But as impressive as these figures may appear at first glance, they don’t really indicate an effective attack on the U.S. election process at all. In fact, without deeper inquiry into their meaning, those figures were grossly misleading.

What Facebook general counsel Colin Stretch actually said in testimony before the Senate Judiciary Committee last October was quite different from what the Times reporters claimed. “Our best estimate is that approximately 126,000 million people may have been served one of these [IRA-generated] stories at some time during the two year period,” Stretch said.

Stretch was expressing a theoretical possibility rather than an established accomplishment. Facebook was saying that it estimated 126 million Facebook members might have gotten at least one story from the IRA –- not over the ten week election period but over 194 weeks during the two years 2015 through 2017. That, figure, in turn, was based on the estimate that 29 million people might have gotten at least one story in their Facebook feed over that same two-year period and on the assumption that they shared it with others at a particular rate.

The first problem with citing those figures as evidence of impact on the 2016 election is that Facebook did not claim that all or even most of those 80,000 IRA posts were election–related. It offered no data on what proportion of the feeds to those 29 million people was, in fact, election-related. But Stretch did testify that IRA content over that two–year period represented just four ten thousandths (.0004) of the total content of Facebook newsfeeds.

That is an extremely important finding, because, as Facebook’s Vice President for News Feed, Adam Moseri, acknowledged in 2016, Facebook subscribers actually read only about 10 percent of the stories Facebook puts in their News Feed every day. The means that very few of the IRA stories that actually make it into a subscriber’s news feed on any given day are actually read.

Facebook did conduct research on what it calls “civic engagement” during the election period, and the researchers concluded that the “reach” of the content shared by what they called “fake amplifiers” was “marginal compared to the volume of civic content shared during the U.S. elections.” That reach, they said, was “statistically very small” in relation to “overall engagement on political issues.”

Shane and Mazzaetti thus failed to report any of the several significant caveats and disclaimers from Facebook itself that make their claim that Russian election propaganda “reached” 126 million Americans extremely misleading.

Shane and Mazzetti’s treatment of the role of Twitter in the alleged Russian involvement in the election focuses on 3,814 Twitter accounts said to be associated with the IRA, which supposedly “interacted with 1.4 million Americans.” Although that number looks impressive without any further explanation, more disaggregated data provide a different picture: more than 90 percent of the Tweets from the IRA had nothing to do with the election, and those that did were infinitesimally few in relation to the entire Twitter stream relating to the 2016 campaign.

Twitter’s own figures show that those 3,814 IRA-linked accounts posted 175,993 Tweets during the ten weeks of the election campaign, but that only 8.4 percent of the total number of IRA-generated Tweets were election-related.

Twitter estimated that those 15,000 IRA-related tweets represented less than .00008 (eight one hundred thousandths) of the estimated total of 189 million tweets that Twitter identified as election-related during the ten-week election campaign. Twitter has offered no estimate of how many Tweets, on average were in the daily twitter stream of those people notified by Twitter and what percentage of them were election-related Tweets from the IRA. Any such notification would certainly show, however, that the percentage was extremely small and that very few would have been read.

Research by Darren Linvill and Patrick Warren of Clemson University on 2.9 million Tweets from those same 3,814 IRA accounts over a two year period has revealed that nearly a third of its Tweets had normal commercial content or were not in English; another third were straight local newsfeeds from U.S. localities or mostly non-political “hashtag games”, and the final third were on “right” or “left” populist themes in U.S. society.

During our Fall Fund Drive please consider making a donation. 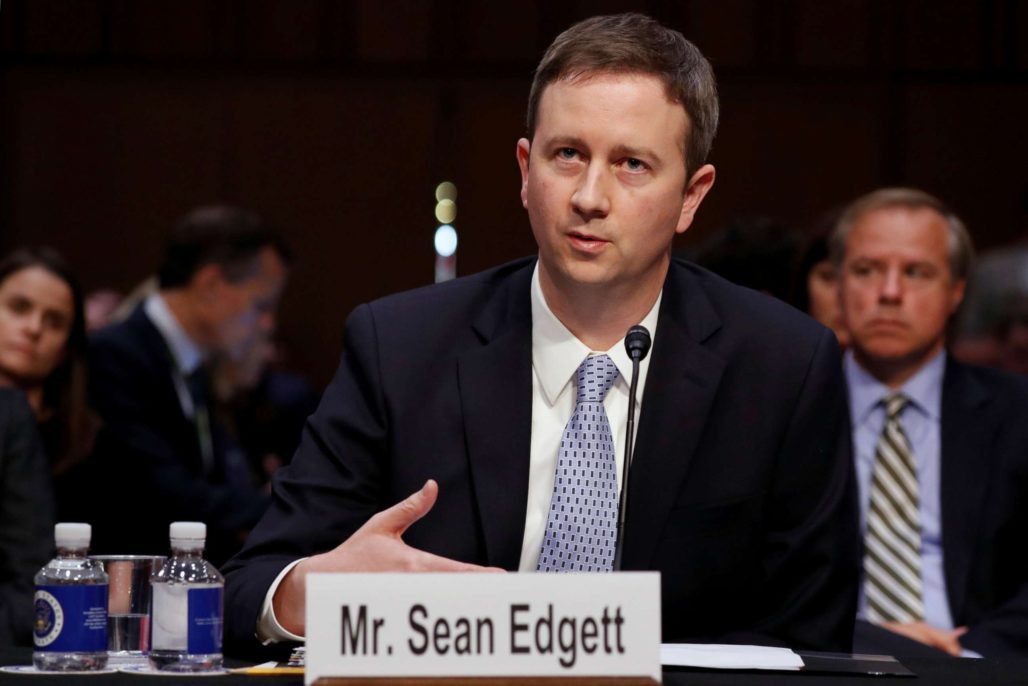 Twitter also determined that another 50,258 automated Twitter accounts that tweeted about the election were associated with Russia and that they have generated a total to 2.1 million Tweets — about one percent of the total of number election-related tweets during the period.

But despite media coverage of those Tweets suggesting that they originated with the Russian government, the evidence doesn’t indicate that at all. Twitter’s Sean Edgett told the Senate Intelligence Committee last November that Twitter had used an “expansive approach to defining what qualifies as a Russian-linked account.” Twitter considered an account to be “Russian” if any of the following was found: it was created in Russia or if the user registered the account with a Russian phone carrier or a Russian email; the user’s display name contains Cyrillic characters; the user frequently Tweets in Russian, or the user has logged in from any Russian IP address.

Edgett admitted in a statement in January, however, that there were limitations on its ability to determine the origins of the users of these accounts. And a past log-in from a Russian IP address does not mean the Russian government controls an account. Automated accounts have been bought and sold for many years on a huge market, some of which is located in Russia. As Scott Shane reported in September 2017, a Russian website BuyAccs.com offers tens and even hundreds of thousands of Twitter accounts for bulk purchase.

Twitter also observed that “a high concentration of automated engagement and content originated from data centers and users accessing Twitter via Virtual Private Networks (“VPNs”) and proxy servers,” which served to mask the geographical origin of the tweet. And that practice was not limited to the 50,000 accounts in question. Twitter found that locations of nearly 12 percent of the Tweets generated during the election period were masked because of the use of such networks and servers.

Trump, on the other hand, got 1.8 percent of this total “likes” and 4.25 percent of his total Retweets for the whole election period from those accounts, indicating his campaign was more invested in the automated accounts that were the source of two-thirds of the Tweets in those 50,000 “Russia-linked” accounts.

The idea promoted by Shane and Mazzetti that the Russian government seriously threatened to determine the winner of the election does not hold up when the larger social media context is examined more closely. Contrary to what the Times’ reporters and the corporate media in general would have us believe, the Russian private sector effort accounted for a minuscule proportion of the election-related output of social media. The threat to the U.S. political system in general and its electoral system in particular is not Russian influence; it’s in part a mainstream news media that has lost perspective on the truth.