A Genoa bridge that collapsed last month killing 43 people is privately owned, but a key factor that has slowed basic infrastructure investment in Italy in recent years is the fault of the EU, reports Andrew Spannaus.

A little over a month ago, on August 14, a highway bridge collapsed in the middle of the Italian city of Genoa, killing 43 people, damaging the populated areas below, and interrupting a major traffic artery connecting the two sides of the city. The bridge had been built in the 1960s, with a construction technique that had been criticized by some experts over the years, and its decay was obvious; it had already undergone various repairs, and a new round of extraordinary maintenance was planned for this fall.

The maintenance didn’t come in time. As heavy rain fell in the area, cars and trucks dropped from a height of 150 feet, causing death and injury, and marking a national tragedy that has gripped the country.

Why did this happen? Italy’s highway company was privatized in 1999, and concessions were then granted to operate the roads. The largest concession-holder (with about 50% of the network) is currently Autostrade per l’Italia S.p.A., controlled by the Benetton family, founders of the eponymous fashion brand. They make a handsome profit off of highway tolls – among the highest in Europe – and they are responsible for maintenance and investments, which have stagnated even as tolls have more than doubled in the past 25 years.

Autostrade’s defense in regard to the disaster is that while concerns had been raised about the bridge, there was no indication of imminent danger. It’s a weak argument, considering that in Genoa the bridge had been the subject of public debate for years, with some seeing it as “a disaster waiting to happen.” After initial resistance, Autostrade ultimately responded to public pressure by allocating 500 million Euros (575 million dollars) to compensate the families of the victims and rebuild the bridge. 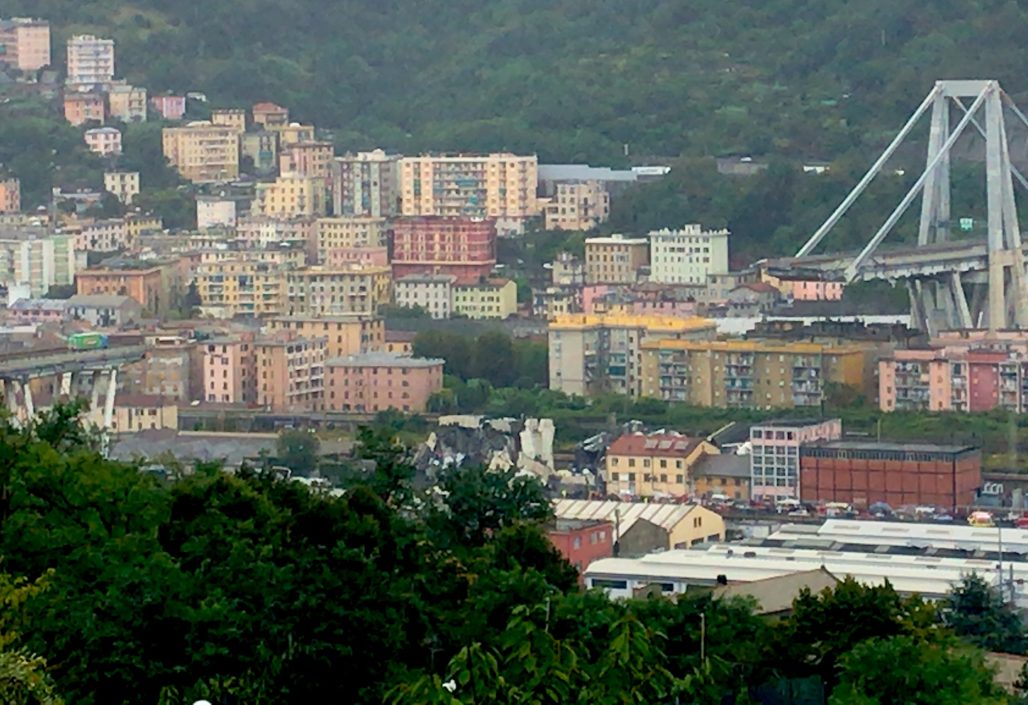 The first response from Italy’s populist government led by the Five-Star Movement (M5S) and the League, was to channel rage against the private company, using popular arguments against the neoliberal policies of privatization and budget-cutting. They are right, of course, that the disaster came on the watch of a private company, which is claimed to be more efficient than the public sector. Italy’s highway system works fairly well, but there’s no ignoring the need for upgrades to the parts of the infrastructure that were built during the economic boom of the 1950s and 60s, which have reached the end of their useful life.

Yet tolls are already high, and the private concessionaire wants to guarantee its profits; who’s going to pay for all the work that needs to be done?

The two Deputy Prime Ministers of the Italian Government, Luigi Di Maio of M5S and Matteo Salvini of the League, have led the charge against Autostrade. Di Maio has threatened to revoke the concession and re-nationalize the highways, although the institutional pushback has been strong. Salvini, on the other hand, immediately pointed the finger at European Union (EU) budget constraints: “Investments that save lives… must not be calculated by the strict, cold rules imposed by Europe”, he said on Aug. 15.

The disaster in Genoa was not a direct consequence of cuts to the public budget, since the section of the highway is run by a private company, as centrist politicians and much of the major media jumped to point out. But Salvini’s broadside pinpointed an essential issue for Italy – and many other European countries – today: massive public investment is needed, but EU budget constraints prevent it. 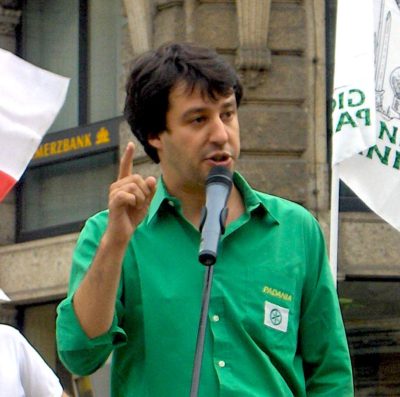 The Italian government is responsible for the public welfare, but it is unable to guarantee that public welfare. There are many reasons for this, starting with the country’s massive public debt – 131 percent  of GDP, among the highest in the world – and the inefficiency of public spending. The construction tender process is slow and complicated, and tangled bureaucracy means that even money allocated is often left unspent for years.

These are long-term problems that require legislative reforms and the reorganization of priorities. The current government has promised to streamline the tender system, and also to direct available funds to the most urgent projects.

Yet the key factor that has slowed down basic infrastructure investment in Italy in recent years has been the EU budget rules, which after originally setting a maximum deficit of 3 of GDP, now make it mandatory to fully balance the budget, although countries are allowed to move gradually towards that goal.

The Italian government is constantly under pressure to cut public spending in order to get closer to a zero deficit every year. This, despite the fact that Italy has run a primary budget surplus (i.e. before interest on the public debt) practically every year since 1992. Public investment has fallen continually over the years; by more than one-third at the national level, down to 2% of GDP, and by as much as one-half over the past ten years when it comes to local governments.

This happened in particular because in order to meet the EU budget criteria, Italy adopted something called the “Internal Stability Pact,” to go along with the European “Stability and Growth Pact.” The internal version used the budgets of municipalities, provinces and regions to help reach national budget goals. In essence, the local authorities were required to cut spending even if they had money in the bank, so that the government in Rome could count those funds to meet the EU rules.

The harsh austerity implemented from 2011 to 2014 made things even worse. After the spread between Italian and German bonds on the financial markets spiked in the summer of 2011, leading to fears of financial catastrophe for Italy and the Euro system as a whole, technocratic governments rapidly moved to slash spending even more.

This policy, dictated by the European Central Bank and the European Commission and enthusiastically implemented by neoliberals in Italy, led to a true disaster. The result was a 25% drop in industrial production, and a sharp rise in unemployment and poverty. And not surprisingly – at least to rational people – the economic contraction ended up making the public debt even larger.

When after the bridge disaster in Genoa the government promised to rebuild the country’s road infrastructure no matter what the cost, the reaction was swift. On the one hand, EU officials such as budget commissioner Guenther Oettinger denied Europe is responsible for lack of investment in Italy, and on the other, financial markets rapidly increased the risk premium on Italy’s state bonds.

The question is: why should financial markets or technocrats decide whether Italy’s roads are safe? The populist government was elected on the promise of challenging EU austerity policies, and the coalition agreement between M5S and the League sets two main priorities in this field: increasing public aid to the poor, through a form of universal income, and simplifying and lowering the country’s high tax rates, to help both businesses and individuals.

The main fight in the government right now is if they will actually carry through on these promises, despite the pressure to toe the line on the budget criteria. Economics Minister Giovanni Tria seems cowed by the pressure from the bond markets, and clearly fears antagonizing the EU. Di Maio and Salvini insist on keeping their promises, touting the heretical, but true, argument that productive investment actually produces growth. Something has to give. The hope is that it won’t be another bridge.

Andrew Spannaus is a journalist and strategic analyst based in Milan, Italy. He was elected chairman of the Milan Foreign Press Association in March 2018. He has published the books “Perché vince Trump” (“Why Trump is Winning” – June 2016) and “La rivolta degli elettori” (“The Revolt of the Voters” – July 2017).

← Will ‘God’ Save Kavanaugh?
Extremists Unite to Diss Populism as Threat to Democracy →

41 comments for “Privatization, the EU and a Bridge”