Judge Brett Kavanaugh’s disturbing record on racial issues would put the Voting Rights Act in further jeopardy if he were to be confirmed to the Supreme Court, argues Marjorie Cohn.

Judge Brett Kavanaugh’s record on racial issues and his answers to members of the Senate Judiciary Committee during his confirmation hearings have raised red flags about how he would rule on voting rights if confirmed to the U.S. Supreme Court.

During his hearing, Kavanaugh bragged about hiring people of color as law clerks and said he decried the use of the “n” word. But when Sen. Kamala Harris (D-CA) asked him whether he agreed with President Donald Trump that there was blame on both sides during the Charlottesville neo-Nazi rally, Kavanaugh refused to say “no.”

Sen. Mazie Hirono (D-HI) queried Kavanaugh about an amicus brief he co-authored with Robert Bork in a 1999 case in which they argued it was unconstitutional to prevent non-Native Hawaiians from voting for trustees of the Office of Hawaiian Affairs, a public agency set up in 1978 to defend the rights of Native Hawaiians..

Hirono said Kavanaugh’s views on Native Hawaiians are “factually wrong” and incredibly offensive. Hirono told the nominee: “I think you have a problem here. Your view is that Hawaiians don’t deserve protections as Indigenous people under the Constitution and your argument raises a serious question on how you would vote on the constitutionality of programs benefiting Alaska natives. I think that my colleagues from Alaska should be deeply troubled by your views.” 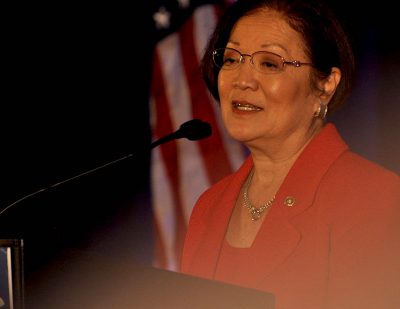 Sen. Cory Booker (D-NJ) confronted Kavanaugh about another racist expression he had used, this time while working in the George W. Bush administration. Booker queried the nominee about his characterization of an affirmative action program as “a naked racial set-aside.” Kavanaugh had used the phrase in an email criticizing an affirmative action program under consideration by the Supreme Court. Like Hirono, Booker risked censure, discipline or removal by releasing this email, which had been marked “committee confidential.”

Kavanaugh has only decided one voting rights case. In 2012, he wrote the opinion for a three-judge panel in South Carolina v. United States, which upheld a voter ID law. The Obama Department of Justice had opposed the law, finding it violated the Voting Rights Act because it could disenfranchise tens of thousands of non-white voters who were less likely than whites to have identification.

The Justice Department presented evidence demonstrating that the South Carolina law disproportionately and materially burdened non-white voters. Expert testimony showed that Black voters were more than twice as likely as white voters not to have the required identification.

But Kavanaugh assigned more weight to elected officials. He bought into the argument that the law would prevent voter fraud, even though the state introduced no evidence to support that claim.

The landmark 1965 Voting Rights Act prohibits any voting practice or procedure that “results in a denial or abridgment of the right of any citizen of the United States to vote on account of race or color.”

A person who claims that a county, municipal or state law violates the Voting Rights Act need not prove the law was enacted with racist intent. He or she need only prove the law would have the effect of making it more difficult for a person of color to vote.

In the 2013 case of Shelby County v. Holder, the Supreme Court struck down Section 5 of the Act, which established a formula for pre-clearance of jurisdictions with a history of racial discrimination.

“We’ve seen nothing less than a Machiavellian frenzy of voter disenfranchisement from one end of the country to the other” since Shelby was decided, Brooks said.

In the South Carolina voter ID case, Kavanaugh had declined to join a separate concurrence signed by the other two judges on the panel, reaffirming the “vital function that Section 5 of the Voting Rights Act has played here.”

Voter fraud is used as a pretext to suppress voting rights. A 2014 study reported by The Washington Post found only 31 incidents of voter fraud out of more than 1 billion ballots cast from 2000 to 2014.

“From Ohio to Wisconsin to Georgia, the vestiges of Jim Crow have resurfaced under a new cloak, unchecked and unabated,” said Rep. Cedric Richmond (D-Louisiana), chairman of the Congressional Black Caucus, in a statement to the senators at Kavanaugh’s confirmation hearing.

Indeed, since 2010, 23 states have enacted more restrictive voting laws, according to the Brennan Center. 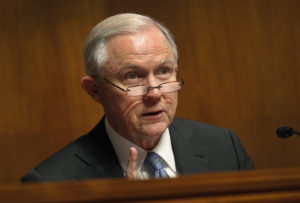 In 2016, the U.S. Court of Appeals for the Fourth Circuit in NAACP v. North Carolina struck down North Carolina’s 2013 voting law that established a photo ID requirement and eliminated same-day registration, out-of-precinct voting and preregistration of high school students. After requesting data on voting patterns of different races, North Carolina legislators had written a law that would “target African-Americans with almost surgical precision,” the court said.

After reciting Texas’s dismal history of denying access to the polls, the court noted, “This history describes not only a penchant for discrimination in Texas with respect to voting, but it exhibits a recalcitrance that has persisted over generations despite the repeated intervention of the federal government and its courts on behalf of minority citizens.”

In light of the proliferation of laws that pose obstacles to voting, the Supreme Court will have the opportunity to further eviscerate the Voting Rights Act.

Conservative organizations continue to cry “voter fraud” as a foil to enact laws that suppress voting rights for people of color. Kavanaugh’s entry onto the nine-member Court would make five solidly right-wing justices. The fate of the Voting Rights Act hangs in the balance.

Marjorie Cohn is professor emerita at Thomas Jefferson School of Law, former president of the National Lawyers Guild, deputy secretary general of the International Association of Democratic Lawyers and an advisory board member of Veterans for Peace. An updated edition of her book, Drones and Targeted Killing: Legal, Moral, and Geopolitical Issues, was recently published.