The Israelis’ war on the leader of the Labour Party is really a war on free speech that’s meant to silence critics of Israel in the U.K. and elsewhere, argues As’ad AbuKhalil.

In the last few decades, public opinion in the West has shifted from the early, post- World War II period. Support for Israel has declined while support for the Palestinians has increased. This shift has been particularly pronounced among youth, especially those who are liberals or leftists.

The view was much different when Israel established its occupation of Palestine in 1948. But Israel has committed too many massacres and perpetrated too many invasions to maintain the status quo. Its war crimes have been televised too often for the world not to notice and popular opinion not to change. Mainstream print media no longer can control the narrative and mold the coverage of Israel and its offenses like it once did.

Still, while the base of the Socialist Party in France or the Labour Party in the United Kingdom has shifted in a more pro-Palestinian direction, much of the leadership of those parties continues to uphold Israeli dogmas. These are the same dogmas to which all ruling parties of Europe and the U.S. and its establishment media have adhered  to since the occupation began.

The U.S. is a prime example. Although the Democratic base has become more sympathetic to the Palestinians (and less supportive of Israel), the leadership of the Democratic Party has not wavered in its support for military and economic aid to Israel and for its unconditional support for Israeli wars and invasions with the mantra that “Israel has a right to defend itself.” This fact remains as true with Bernie Sanders as it is does with Nancy Pelosi and Hillary Clinton. 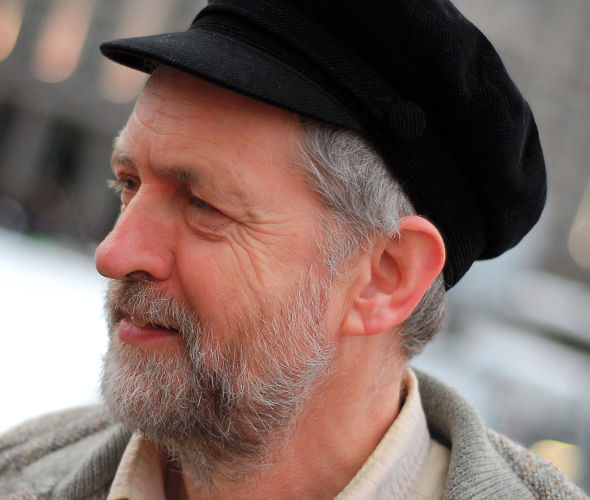 British Labour Party leader Jeremy Corbyn is the exception. Unlike Francois Hollande of France, Corbyn represents the progressive, youthful base of the his party on domestic and foreign policies.

His political rise poses a real problem for Israel. Therefore Tel Aviv’s latest target is Corbyn.  Israel finds his stance worrisome because if he were to be elected prime minister, a real possibility, his views could influence a major shift in the foreign policies of other European ruling parties.

Various attempts therefore have been made to malign Corbyn and misconstrue his statements as racist. Corbyn obliged by giving a long interview to an Israeli publication in which he declared support for the occupation state.

But the more he gave in, the more the pressure increased. No matter what he had to say, it was not enough, and the accusation of anti-Semitism has been hurled in his face in an increasingly frenzied pace.

Corbyn’s repeated denunciations of anti-Semitism haven’t been sufficient because this is not really about anti-Semitism and its repugnance. The beef that British Zionists (and other Zionists especially in Israel) have with Corbyn is with his views on Palestine. He was asked to accept—without hesitation or equivocation—an Israeli definition of anti-Semitism, which was provided by the International Holocaust Remembrance Alliance (IHRA).

Insistence on accepting this definition is an attempt to force Corbyn to tailor his statements and beliefs on the Arab-Israeli question to the Israeli position. The Israeli establishment wants to prevent grass-roots views on Palestine among British progressives from being reflected in the stances of party leaders.

The “working” definition of the IHRA in many ways is quite accurate: “Antisemitism is a certain perception of Jews, which may be expressed as hatred toward Jews. Rhetorical and physical manifestations of antisemitism are directed toward Jewish or non-Jewish individuals and/or their property, toward Jewish community institutions and religious facilities.” This statement is indisputable and sums up the various forms of hatred of Jewish people.

Exaggerating Jewish power in society and believing in a global Jewish conspiracy (or promoting grotesque fakes, such as the Protocols of the Elders of Zion) are also manifestations of anti-Semitism. These ideas are not included in the IHRA definition (although some examples in the document later cover those forms).

Other examples the IHRA cites—such as “calling for, aiding, or justifying the killing or harming of Jews in the name of a radical ideology or an extremist religion”—cannot be debated. These vile sentiments are anti-Semitic and indeed represent a repugnant form of hatred. Of course anti-Semitism includes “accusing Jews as a people of being responsible for real or imagined wrongdoing committed by a single Jewish person or group.” (This same blanket denouncement of a group of people applies to Islamophobia today, incidentally.)

The IHRA’s definition of ant-Semitism falters in its “guiding” examples and  “illustrations” of anti-Semitism. In this regard, political considerations have been inserted into the definition. Combatting anti-Semitism always is—or should be—a humanitarian concern that goes beyond any political consideration. However, the IHRA reveals a political agenda: “Denying the Jewish people their right to self-determination, e.g., by claiming that the existence of a State of Israel is a racist endeavor.”

As far as declaring Israel a racist state, that is hardly anti-Semitic. Remember, a majority of nations (75 to 35) in the world voted in the General Assembly of the United Nations in November 1975 (long before the U.S. imposed its will on the U.N. after the demise of the Soviet bloc) for the “Zionism-is-racism” resolution (which then was repealed in 1991). That is not in itself anti-Semitic.

Similarly, to accuse the Iranian regime or the Saudi regime of sexism or of repression is not Islamophobic. To criticize a state, or even to work for the dismantlement of its political institution, is not an act of hostility against the people of the state, even if that state—be it Israel, Saudi Arabia or Iran—may speak on behalf of the entire members of a particular religion in the world. (Just last week, the Saudi regime adopted the Israeli playbook and declared that any criticism of the regime is an insult to Islam and to Muslims).

Laws and practices in Israel are racist. Labeling them as such does not malign all Jewish people because all Jewish people should not be held responsible for the actions and crimes of the state of Israel.  just as criticizing the misogyny of the Saudi regime is not Islamophobic.  (There are, of course, critics of Israel who are anti-Semitic just as there are critics of Saudi Arabia or Iran who are Islamophobic, but the criticism in itself is not necessarily a form of prejudice ).

On the contrary, to blame all Jews around the world collectively for the crimes and racism of Israel is anti-Semitism. And the Alliance concedes this last point, although it does not fit with the last example provided above.

In recent years, Israel has resorted to classic manipulation tactics, perfected over decades, that conflate legitimate criticism about Israel with anti-Semitism. From early on in the history of Israeli immigration to Palestine, Israel attributed Palestinian opposition to its virtual invasion of Palestine to anti-Semitism—as if Palestinians would have been less opposed if Christians, Buddhist, or even other Muslims, were the ones taking over their homeland.

That Israel’s establishment took place in the wake of the horrors of the Holocaust made it easier for the Israeli occupation state to present the takeover of Palestine as a tribute to Holocaust victims. Palestine was not the only place where a haven for Jewish refugees could be found. The takeover treated the native inhabitants of Palestine as though they didn’t exist.

Successive Palestinian and Arab leaders resisting this takeover have been compared to Adolf Hitler. Amos Oz and Elie Wiesel never hesitated to equate the Palestinian national movement with Nazism. Benjamin Netanyahu recently decided to absolve Hitler of responsibility for the Holocaust and to instead blame Haj Amin Husseini, the grand mufti of Jerusalem from 1921-1948, for the designs and execution of Nazi war crimes. The more Israel finds itself in an untenable position, given the changes in world public opinion in favor of Palestinians and their rights, the more Israel and Israelis worldwide invoke the memory of the Holocaust and anti-Semitism to silence critics. 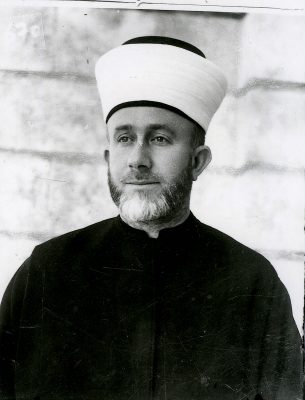 The question of comparing Israeli policies and actions with those of the Nazis is not a simple one. There is indeed a uniqueness to the horrors of the Holocaust that require special respect for its victims. To throw around the word “rape” in situations where there is no rape, is offensive to victims of rape. Similarly, one should not use the word “holocaust” casually because it connotes one of the worst crimes of the last century.

But Israelis can’t have it both ways. If the reason for their rejection of a comparison between Israel and the Nazi regime is out of respect for the victims of the Holocaust, then why did most—if not all—Israeli organizations (in the U.S. and elsewhere) popularize the comparison between the Syrian regime and the Nazi regime over the last few years of the Syrian war? Why do Israelis compare the Palestinian national movement to Nazism?

The Holocaust Museum in Washington, D.C. took a leading role in the propaganda production about Syria. Shouldn’t that be considered anti-Semitic, if a comparison between Israel and the Nazi regime is anti-Semitic? Either we reject any analogy between the Nazi regime and any other regime regardless of how criminal it is, or we accept it as part of the propaganda of war. Israelis can’t ban others from what they themselves permit themselves to do.

Propaganda is how Israel still manages to find new and different ways to silence debate and ostracize dissent.  Israel has campaigned to deny tenure to professors who are critical of its abuses (see Norman Finkelstein, Joseph Massad, Steven Salaita and others). Israelis say the Boycott, Divestment, Sanctions (BDS) movement should be legally banned and have lobbied state governments in the United States to ban boycotting Israel, which the ACLU among others see as a violation of the First Amendment. Israel has also launched an app that directs users to make negative social media comments. In general, Israel wants to impose a rigid uniformity of discourse and terms about the Arab-Israeli conflict.

Israelis fight—and kill—Arabs all over the world (Israel has not been shy about murdering Arab scientists, and U.S. media casually report on those assassinations without comments or repudiation). Arabs and non-Arabs cannot speak and write uncensored thoughts about the Arab-Israeli conflict without risking severe repression from the Israeli occupation state, including censorship on social media.

The war on Corbyn is a prominent part of Israel’s war on free speech in the U.K. and elsewhere.

Corbyn and other politicians should be expected to never resort to anti-Semitic expressions. But so far only evidence of his pro-Palestinian statements have been found and that should never be confused with the scourge of genuine anti-Semitism.