Changing the intentions the U.S. and North Korea have towards each other in the long run is more important than possession of nuclear weapons themselves, argues Graham Fuller.

The fascinating, elaborately choreographed diplomatic pas de deux in Singapore between Donald Trump and Kim Jong Un mesmerized the world over two days. Most pundits look at the (perhaps more than) half empty glass of water on the table. Indeed, most Democrats and all Trump-haters refuse to grant the summit any worth lest it lend strength to Trump’s political power. The high priests of denuclearization (an admittedly arcane discipline) are parsing the agreement; so far they have found very little of nuclear substance.

Yet instant gratification in the quest for immediate and complete denuclearization of North Korea is highly unrealistic given the dark layers of past conflict. Worse, evaluating the summit by the degree of denuclearization achieved  is truly naive in geopolitical terms. This step taken at the summit, like it or not, is just that, a first but very significant step along a long and important road. This first step indeed may never be succeeded by a second—but the chances are good that it will. How it will all come out in the end is anybody’s guess.

Yet the calming of the rabid language and ferocity of threats between the U.S. and North Korea over decades must be considered a major accomplishment in itself. It was not necessarily destined to happen at all. You don’t reach settlements against a backdrop of escalating rage. The emergence of a new civility and the de-demonization of the other party is an vital prerequisite for any further progress. Without it you have nothing.

And there is a yet more important strategic point about nuclear weapons that many critics miss. In the end, it is the nature and intentions of those who possess nuclear weapons that matter, often much more than the mere possession of them. The British and the French could both blow the U.S. out of the water tomorrow with their nuclear arsenals. Yet we don’t lose sleep over it. Why not? Because we have some reasonable confidence that the intentions of the British and the French governments are extremely unlikely to bring about a nuclear attack on the US. 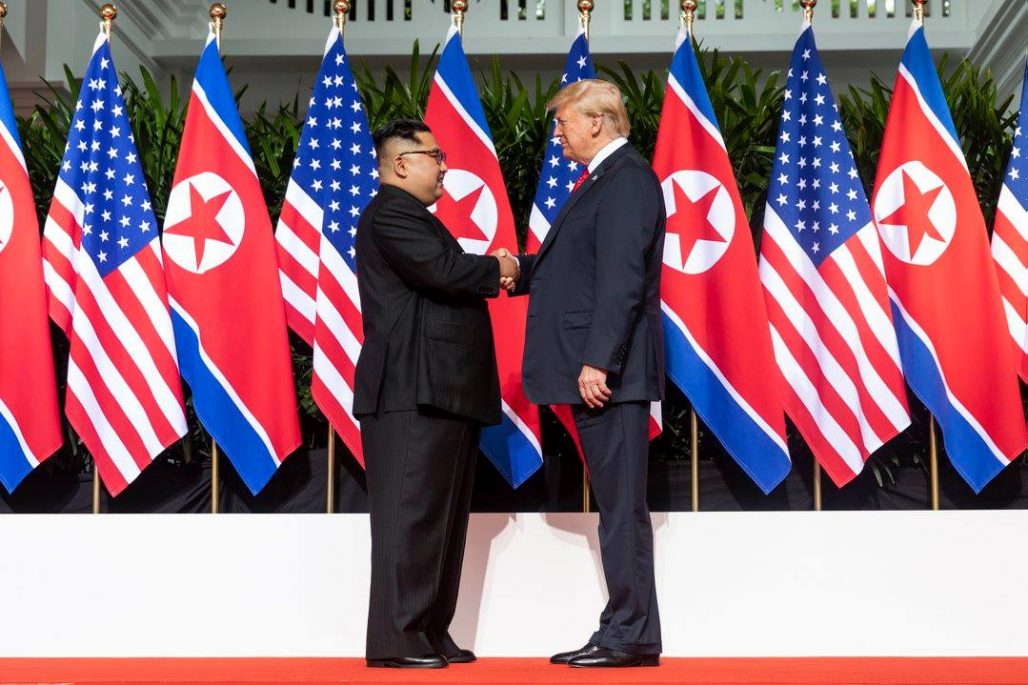 China today can devastate the U.S. with its nuclear weapons. Indeed, there were real grounds for concern when founding leader of communist China Mao Zedong was at the helm because  he was perceived as dangerously ideological and erratic in his political impulses, at home and abroad. So even though the Communist Party still runs China today, its newer generations of leadership and the nature of its functional ideology and its nuclear intentions today are perceived as much more rational. In addition, China was gradually admitted into the international community—which has a way of gradually dampening excessive radicalism. In this respect, the step towards greater international legitimization of North Korea, for all the country’s ugly domestic facets, will likely serve to slowly impel it towards some greater acknowledgment of “international norms.”

Even the collapse of the Soviet Union brought considerable change to the thinking of both Washington and Moscow. The intentions of communist Russia—its ideology, its closed world view—changed overnight as the bastions of the communist empire fell. A mood of far greater international relaxation emerged as a result.

Sadly, the US then decided to pursue a concerted effort to keep Russia weak and diminished. Remember Obama publicly describing Russia as nothing more than “a regional power?” This demeaning language accompanied U.S. moves to push NATO forces right up to Russia’s very doorstep— in violation of George Bush senior’s understanding with Gorbachev that the US would explicitly not seek to exploit Russia’s new weakness.

The Importance of Civility

In dealing with Pyongyang, the ability of North Korean nukes to reach the U.S. or its allies in East  Asia is naturally a cause for concern and is closely monitored. When each side excoriates the other with extreme rhetoric, fears of inadvertent nuclear incidents or strategic miscalculations rise dramatically. When that rhetoric is calmed and exchanges become more civil, immediate fears recede a bit. The longer civility and dialog can prevail, the greater the relaxation of tensions. The nukes may not go away for quite a while. But the grounds for their use greatly recede.

All weapons are dangerous and nuclear weapons especially so. It would be eminently desirable to see a general global denuclearization, making war a little bit less devastating. Meanwhile there is a nuclear club whose members have fought their way into membership without invitation, and jealously guard the gates lest their own power be correspondingly diluted by still newer members seeking to join the club. One can argue that the more nukes there are, the greater the likelihood of their use. Yet that perspective has yet to be borne out by the facts of international life: so far the US is the only country in the world to have used nuclear weapons in conflict—against Japan at the end of World War II. Maybe nukes’ devastating power brings greater sobriety to regional conflicts, as it so far seems to have done, say, between Pakistan and India, both nuclear powers.

So there is something to be celebrated in the Singapore summit between Trump and Kim. It has de-demonized both sides in the eyes of the other, and the exchanges have taken on greater mutual respect at the personal level. The strategic aspirations of both sides point to a diminution of confrontation rather than perpetuation of an unstable status quo. At least for now the apparent intentions of Pyongyang have receded to something already less threatening.

This event contains striking implications for Iran. The U.S. and Iran desperately need to engage in a wide exchange of views designed to de-escalate those intentions and lower the threat threshold. The first step is to sit down in civility with Tehran with a wide-open agenda. John Kerry brought those qualities—reciprocated by Iran— to the Iran nuclear agreement. The agenda, however, was very narrow. Regrettably neo-conservative, liberal interventionists and pro-Zionist forces in the US really don’t want any agreement with Iran to take place short of total regime change in Tehran.

There is no question that Iran needs to de-escalate its rhetoric and move more guardedly in its regional actions—but so too must its neighbors who are  hyping the “Shi’ite threat.” Iran is massively outgunned and beggared by the US and all its regional allies. And the US is still driven by an anti-Iran obsession that is bolstered daily by Israel.

When the barrel of the pistol is removed from Tehran’s head, it too may start finding a source of emulation in Kim Jong Un’s new diplomatic gambit.

Graham E. Fuller is a former senior CIA official, author of numerous books on the Muslim World; his first novel is “Breaking Faith: A novel of espionage and an American’s crisis of conscience in Pakistan.”  His newest book is BEAR, a novel of the Great Bear Rainforest and Eco-Terrorism. (Amazon, Kindle) grahamefuller.com