The summit has already relaxed tensions but the reason is not because of a lessened threat from Pyongyang, as Jonathan Marshall explains.

Scads of analysts and pundits have weighed in on the Trump-Kim summit talks in Singapore, parsing the brief agreement and presidential tweets for signs of just how strongly it actually commits North Korea to total, verifiable “denuclearization.”

Most of them are missing the point. The real threat to U.S., Korean, and Japanese security of late has come not from North Korean nukes, but from threats by President Donald Trump and his closest advisers to launch a regional war to preempt any further North Korean progress on warhead and missile technology. Some experts were giving even odds of a U.S.-initiated war as recently as a few months ago.

So even if the spectacle in Singapore was more theater than substance, even if the president’s effusive praise for a totalitarian leader was hard to swallow, we should applaud Trump for belatedly making good on his 2016 campaign promise to sit down with Kim Jong-un over a hamburger in search of peace.

Throughout most of 2017, the Trump administration instead issued a steady stream of pronouncements warning that it was ready to go to war to stop Pyongyang from perfecting long-range missiles capable of hitting the United States with nuclear weapons. 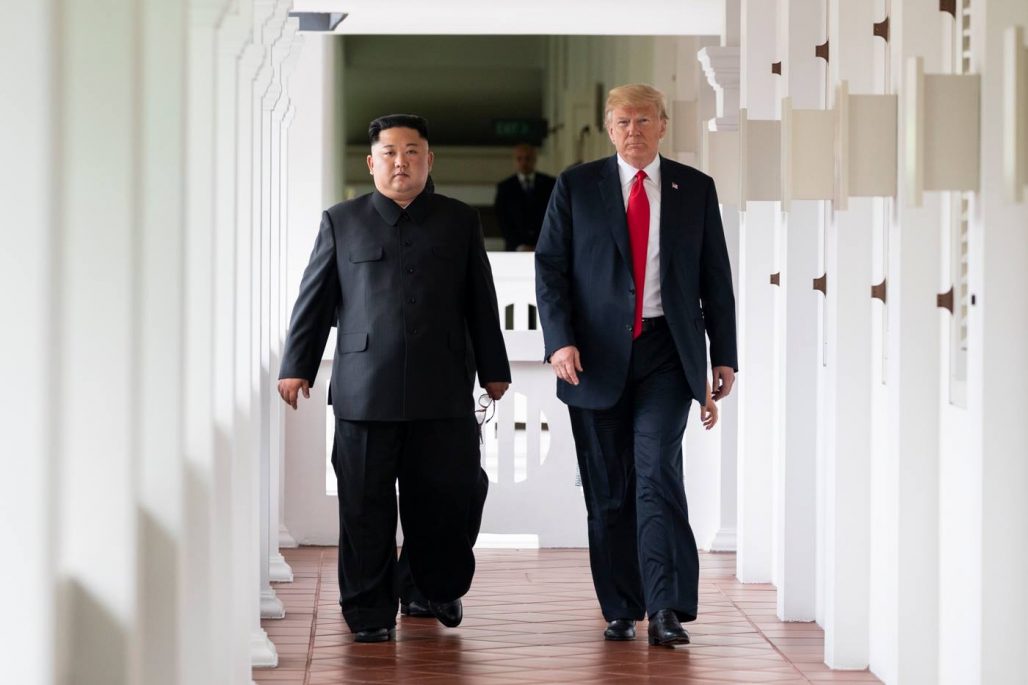 “Our president has been really clear about this,” said then National Security Adviser H. R. McMaster. “He is willing to do anything necessary to prevent that from happening . . . and so, all of our armed forces are getting to really a high, high degree of readiness for this mission.” U.S.-South Korean war games reportedly included “rehearsals of surgical strikes on North Korea’s main nuclear and missile facilities and ‘decapitation raids’ by special forces targeting the North’s leadership.”

Trump himself warned last summer that he would meet any further North Korean nuclear advances “with fire and fury like the world has never seen.” He added in a tweet that “military solutions are now fully in place, locked and loaded, should North Korea act unwisely.”

Trump’s close foreign policy adviser (and golfing partner), Sen. Lindsey Graham of South Carolina, strongly advised the president to launch a preemptive war sooner rather than later, before North Korea could put the U.S. homeland at risk. He also insisted that Trump wasn’t bluffing about preparing an all-out first strike. “He has told me that. I believe him,” Graham said. “If thousands die, they’re going to die over there. They’re not going to die here. And he has told me that to my face.”

Graham predicted that if North Korea conducted another nuclear bomb test, the odds that “we use the military option” would rise to “70 percent.” Richard Haass, president of the Council on Foreign Relations, put the odds as high as 50/50. Trump’s selection of John Bolton, an outspoken advocate of regime change in North Korea, as his national security adviser further stacked the odds in favor of war.

Trump’s path toward war—with almost no push-back from Congress—promised unimaginable destruction. “There easily could be a million deaths on the first day,” said Stanford University international security expert Scott Sagan. Former Secretary of Defense William Perry advised that a war with North Korea would be “catastrophic, possibly destroying the societies of both Koreas as well as causing large casualties in the U.S. military.” 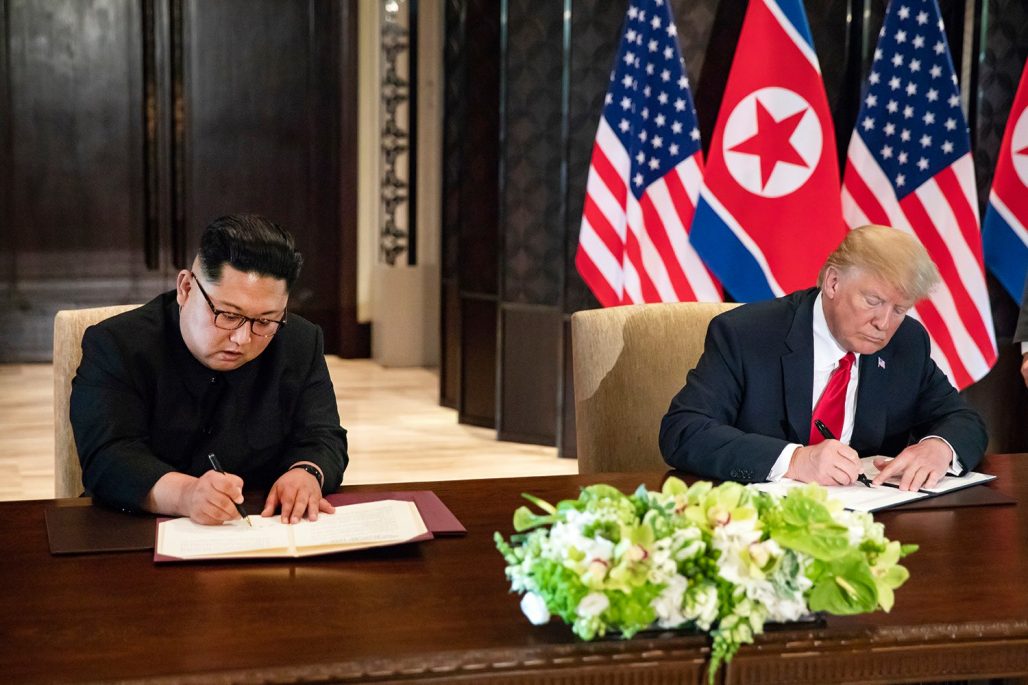 It would certainly kill a substantial fraction of North Korea’s 25 million people. Before then, however, Pyongyang’s hair-trigger military would likely annihilate millions in Seoul, Tokyo, and other major cities with massed artillery, chemical weapons, and atomic bombs many times the size of those that devastated Hiroshima and Nagasaki in 1945.

And that’s not even counting what might happen if China or Russia entered the fray—or if North Korea smuggled an atomic bomb into one of our major port cities aboard a freighter.

This threat of war originated almost entirely from the U.S. side. As the CIA’s own analysts reported, North Korea’s leadership has never shown any inclination to commit collective suicide by using its nuclear weapons offensively. Like every other nuclear power—aside from the United States in 1945—it developed nuclear weapons as a deterrent.

After decades of insecurity, North Korea’s new status as a nuclear power with long-range missiles means “The United States can never fight a war against me and our state,” Kim said in a New Year’s Day broadcast. “This is just a reality, not a threat. . . . These weapons will be used only if our security is threatened.”

Kim added, “The North and the South should no longer do anything that would aggravate the situation, and must exert efforts to ease military tensions and create a peaceful environment.” Starting with the Winter Olympics, Seoul and ultimately Washington accepted his olive branch, setting the stage for a breakthrough in relations.

Much of what the critics say is true. The 397-word Singapore agreement is mostly platitudes, not the “very, very comprehensive document” Trump claimed. It doesn’t specify when or how North Korea will get rid of its nuclear weapons. It doesn’t specify a timetable for easing economic sanctions. It doesn’t address human rights in North Korea. Raised expectations could lead to disappointments, recriminations, and renewed political conflict.

But by addressing the cycle of provocations (including missile tests and military exercises) that were accelerating our countries to the brink of war, and setting the stage for a peace treaty ending the Korean War, the summit talks have at least temporarily made every American, and every resident of North Asia, a good bit more secure.

Jonathan Marshall is author or co-author of five books on international relations and history. His articles on Korea include “Who’s Afraid of Talking With Kim Jong Un,” “No Time for Complacency over Korea War Threat,” “America Isn’t on the Brink of Nuclear War—It Just Looks That Way,” “What’s Wrong with Talking to North Korea?,” “Trump’s North Korea Delusions,” “The New Trump: War President,” “Hurtling Toward Fire and Fury,” “Risk to US from War on North Korea,” “North Korea Fears ‘Regime Change’ Strike,” “The Negotiation Option With North Korea,” and “Behind the North Korean Nuke Crisis.”

← Intentions Matter More Than Weapons
Letter From Britain: An Establishment Blinded By Russophobia →