Robert Kennedy was shot on June 5 and died June 6, 1968, fifty years ago today. A new examination of evidence is forcing human rights organizations — including the OAS— to consider probing the case.

Reporters and researchers have recently shown the disturbing pattern of suppressed evidence and other legal irregularities that led to Sirhan’s 1969 murder conviction after his scanty defense at trial.

On Sunday, May 26, The Washington Post published a front-page story by Tom Jackman headlined Who killed Bobby Kennedy? His son RFK Jr. doesn’t believe it was Sirhan Sirhan.

The report constituted a breakthrough for a mainstream news organization, particularly because the article extensively examined scientific and other evidence supporting Sirhan’s innocence.

The official story is that Sirhan was a Kennedy-hating killer who acted alone to kill the senator at the Ambassador Hotel in Los Angeles following RFK’s speech thanking his supporters for victory in the 1968 California Democratic presidential primary.

More than any other mainstream media journalist, the Post’s Jackman delved in depth into the evidence in both that first story and in a follow up on June 4, Was Sirhan Hypnotically Programmed to Assassinate RFK? Jackman, while presenting diverse views in a professional manner, clearly showed anyone with an open mind that important evidence has been withheld and that Sirhan may well have been a victim of CIA MK Ultra mind control efforts with the goal of setting Sirhan up to be a patsy through the use of hypnosis and chemicals.

Many other researchers such as filmmaker, author and professor Shane O’Sullivan have shown that Sirhan’s role was to perform a distraction so that the real assassin could do his work and put three bullets into RFK’s body at much closer range while Sirhan was always three to five feet in from of the senator, according to eye witnesses.

It is now up to human rights organizations to step up to the challenge of confronting evidence that the United States and its vaunted legal system may have wrongfully convicted on murder charges and kept imprisoned in near solitary confinement a defendant in one of the most notorious U.S. murders in modern times.

This challenge is particularly acute for the Inter-American Human Rights Council (IAHRC) of the 35-nation Organization of American States (OAS).

Last July, Sirhan acting through his attorneys, filed a 200-page petition to IAHRC seeking the first real evidentiary hearing ever on his case. This would address for the first time the scientific and other evidence showing that he could not have fired the shots that killed Kennedy in the hotel’s kitchen pantry after the senator left the speaking stage.

The defense has exhausted direct legal appeal avenues in the United States without ever having the opportunity to have a hearing on the enormous and important evidence showing Sirhan’s likely innocence. Few alternatives are left. But Article 18 of the Declaration of Human Rights under the OAS Treaty, requires a fair trial. Clearly, Sirhan did not have a fair trial and experience shows that he has little or no chance of getting one in the U.S.

Yet this is a particularly sensitive case for human rights organizations and personnel, whether public or private. On the one hand, it’s exactly the type of injustice that those with a calling for this work should want to examine, particularly because the murder victim, RFK, is still so widely admired and the accused, Sirhan, has from the first been dubbed a pariah.

Other the other hand, the current target of the inquiry is inevitably the U.S. justice system and by implication the government, NGO, media and academics (not to mention intelligence services) that have allegedly allowed any injustices to fester for decades. Any aggressive, independent investigators face not only potential funding and other career disincentives, but the possibility of cognitive dissonance. That discomforting affliction can easily occur if a leading global beacon for “rule of law” falls woefully short of basic legal standards in one of its most important crime cases in living memory.

Regarding Sirhan’s Petition No. IACHR – 0000038395, an IACHR spokesperson commented in early May, with no update in time for this column: “The petition is still in preliminary study. This means there is no information whatsoever of public character on this petition that I can share.” 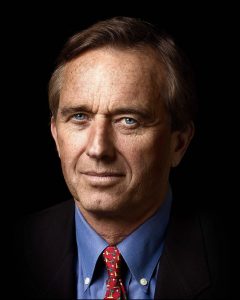 Jackman, a Post reporter covering law enforcement since 1998, obtained this scoop: Kennedy Jr. decided to go public after spending months re-examining the evidence and meeting in prison with Sirhan Sirhan.

“I got to a place where I had to see Sirhan,” Kennedy told Jackman.

“I went there because I was curious and disturbed by what I had seen in the evidence,” said Kennedy, an environmental lawyer and the third oldest of his father’s 11 children. “I was disturbed that the wrong person might have been convicted of killing my father. My father was the chief law enforcement officer in this country. I think it would have disturbed him if somebody was put in jail for a crime they didn’t commit.”

More than any other mainstream media journalist, Jackman has delved deeply into the evidence of the case related to Sirhan’s alleged guilt. He has clearly shown that evidence was withheld and that Sirhan was selected as a victim of CIA MK Ultra mind control efforts to be set up as a patsy through the use of hypnosis and chemicals.

O’Sullivan’s June 5 piece, which appeared on the investigative online site WhoWhatWhy, contains a 67-minute video with hypnosis experts — including excerpts from six hours with Brown — that Netflix spiked entirely from its recent documentary Bobby Kennedy For President.

Conventional wisdom holds that reporters, editors and their news outlets always seek to publish verifiable information challenging the power structure, especially for suspected misconduct in something like a high-profile murder case.

But the track record on truly sensitive topics is less than impressive if new reporting undermines decades of previous coverage and longstanding relationships between the press and powerful sources.

The Post ran other piece on RFK that upheld the conventional wisdom. A Post Sunday Magazine, What is it like to be the brother of Robert Kennedy’s assassin? The life of the other Sirhan, accepts Sirhan’s guilt with scant attempt to explore the possibility of his innocence. And then on June 5, Post editorial board member and op-ed columnist Charles Lane dismissed any new evidence or calls for a new investigation as crackpot ideas unworthy of discussion except (apparently) to insult those proposing them. 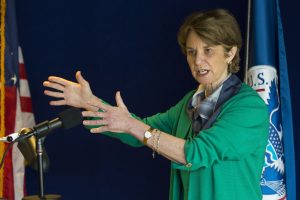 The Boston Globe, New England’s largest circulation newspaper, followed up Jackman’s May 26 scoops by reporting on May 31 that the late senator’s oldest child, former Maryland Lt. Gov. Kathleen Kennedy Townsend, has been persuaded by her brother to join in seeking a new investigation of the murder.

But the Globe story, RFK’s children divided over calls for a fresh investigation of his assassination by Michael Levenson, also reported that two other children of the slain senator said this week that they opposed a re-investigation. Levenson reported that this opposition underscores “how divisive the second-gunman theory continues to be, a half-century after the presidential candidate, former attorney general, and senator from New York, was killed in the pantry of the Ambassador Hotel in Los Angeles.”

The two children objecting to a new investigation are former Massachusetts Congressman Joseph P. Kennedy II and Kerry Kennedy, who is president of a human rights organization named for her father. The irony is striking. The head of the Robert F. Kennedy Human Rights Foundation opposes a new investigation into alleged human rights violations that allegedly protected his murderer.

A version of this article was originally published on the Justice Integrity Project website.

Andrew Kreig is a Washington, DC-based investigative reporter, non-profit executive, attorney and author. He edits the non-partisan Justice Integrity Project, which has published separate “Readers Guides” to the MLK, RFK and JFK assassinations.