By Attilio Moro  Special to Consortium News
in Brussels

Sesto San Giovanni, a town on the outskirts of Milan, used to be one of the industrial capitals of Italy.

With around 200,000 inhabitants (45,000 blue collar workers, and a robust middle class), it was the headquarters of some of the most dynamic Italian companies, including Magneti Marelli, Falck, Breda and many more.

Today Sesto is an industrial desert – the factories are gone, the professional middle class has fled, many stores have shut down, and the city is trying to reinvent itself as a medical research center.

Twenty-three kilometers (14 miles) to the north of Sesto, the town of Meda was the seat of various symbols of Italian excellence: Salotti Cassina and Poltrona Frau, both of which exported high-quality furniture all over the world and employed tens of thousands of workers and designers. They fed a number of small family-based companies providing parts and highly qualified seasonal labour. Today both companies are gone. 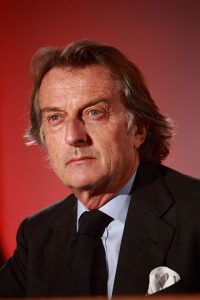 Luca Cordero di Montezemolo, a former chairman of Ferrari, Fiat and Alitalia, and now a public enemy because of his dismissal of the “Made in Italy” label, acquired both companies and moved them to Turkey, choosing profit over quality—and Italian jobs. Montezemolo, of aristocratic background, is a champion of Italian neoliberalism, having founded the influential “free market” think tank Italia Futura (Future Italy) in 2009.

Another victim is the town of Sora, with a population of 25,000, 80 km. (50 miles) east of Rome. Until recently Sora was an affluent commercial city, with medium-sized paper factories and hundreds of shops. Today, all of the factories are gone and 50 percent of shops have closed.

All over Italy, the neoliberal policies that led to the economic crisis and resulting social decadence have accelerated in the wake of the financial collapse of 2007.

Once The Stalingrad of Italy

Sesto San Giovanni used to be known as ‘the Italian Stalingrad’, due to the strength of its working class and the Communist Party receiving over 50 percent of the vote. Now the strongest party in town is the Lega (The League), a right wing, xenophobic party. This has been accompanied by a demographic shift, as Sesto has lost almost one third of its population, but acquired tens of thousands of immigrants, which today constitute almost 20 percent of its population.

The Italian Communist Party, once the strongest in the capitalist world, has in the meantime disappeared, together with the working class. There is also the destitution of a dwindling middle class accompanying the breakdown of the social fabric with rampant corruption. All the traditional political parties have been wiped away.

They have been replaced by the so-called ‘populists’: The Lega and the 5 Star Movement, undisputed winners of the latest elections in March, who are now in the process of trying to form a new government. The Lega expresses the frustrations of the north of Italy that is still productive (fashion, services and some high quality products), and demands lower taxes, as Italian taxes are among the highest in Europe. They also want a parallel national currency, a reduction in circulation of the Euro (which slows down exports, especially to Germany) and limits to immigration.

The 5 Star Movement, which is partly considered to be the heir of the former Communist Party but with a different social base consisting of an undifferentiated lower class replacing the disappearing working class. It advocates a moralization of the political parties and a universal basic income of 750 euros per month ($875) for the poorest to reduce the effects of the social disaster which took place in the south of the country in the last 10 years: 20 percent unemployment, affecting 40 percent of young people, making the mafia and organized crime the biggest ‘employers’ in the most critical southern regions.

This is the new Italy. The old one, the Italy of Fiat, Cassina, small family-run businesses, the Italy of the Christian Democrats, the Communist Party and vibrant working-class culture is no more.

77 comments for “This is the New Italy”