On Memorial Day 2018, in the year marking the 100th anniversary of the end of World War I, Michael Parenti contemplates the trenches and the oligarchs who caused so much unnecessary misery.

Looking back at the years of fury and carnage, Colonel Angelo Gatti, staff officer of the Italian Army (Austrian front), wrote in his diary: “This whole war has been a pile of lies. We came into war because a few men in authority, the dreamers, flung us into it.”

No, Gatti, caro mio, those few men are not dreamers; they are schemers. They perch above us. See how their armament contracts are turned into private fortunes—while the young men are turned into dust: more blood, more money; good for business this war.

It is the rich old men, i pauci, “the few,” as Cicero called the Senate oligarchs whom he faithfully served in ancient Rome. It is the few, who together constitute a bloc of industrialists and landlords, who think war will bring bigger markets abroad and civic discipline at home. One of i pauci in 1914 saw war as a way of promoting compliance and obedience on the labor front and—as he himself said—war, “would permit the hierarchal reorganization of class relations.”

Just awhile before the heresies of Karl Marx were spreading among Europe’s lower ranks. The proletariats of each country, growing in numbers and strength, were made to wage war against each other. What better way to confine and misdirect them than with the swirl of mutual destruction.

Then there were the generals and other militarists who started plotting this war as early as 1906, eight years before the first shots were fired. War for them means glory, medals, promotions, financial rewards, inside favors, and dining with ministers, bankers, and diplomats: the whole prosperity of death. When the war finally comes, it is greeted with quiet satisfaction by the generals. 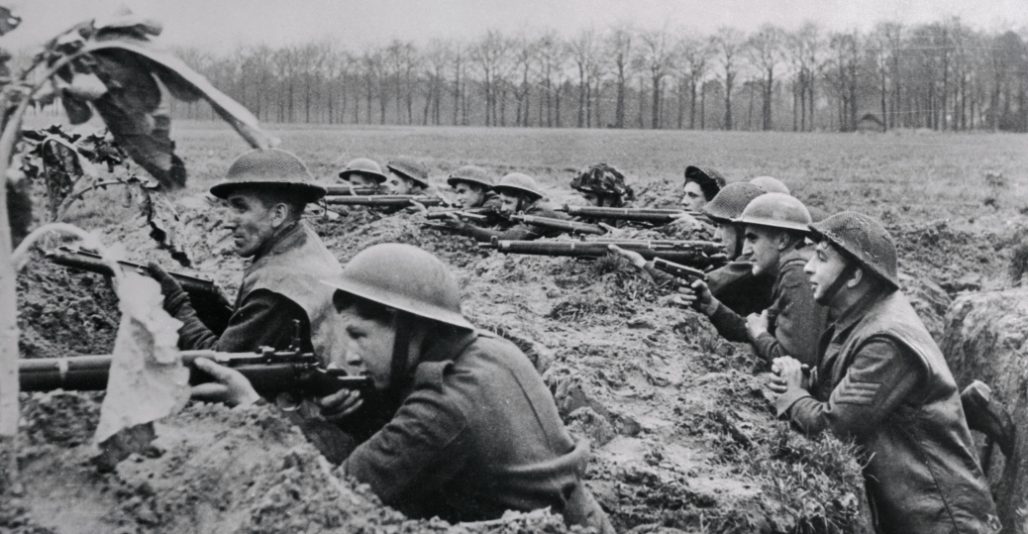 But the young men are ripped by waves of machine-gun fire or blown apart by exploding shells. War comes with gas attacks and sniper shots: grenades, mortars, and artillery barrages; the roar of a great inferno and the sickening smell of rotting corpses. Torn bodies hang sadly on the barbed wire, and trench rats try to eat away at us, even while we are still alive.

Farewell, my loving hearts at home, those who send us their precious tears wrapped in crumpled letters. And farewell my comrades. When the people’s wisdom fails, moguls and monarchs prevail and there seems to be no way out.

Fools dance and the pit sinks deeper as if bottomless. No one can see the sky, or hear the music, or deflect the swarms of lies that cloud our minds like the countless lice that torture our flesh. Crusted with blood and filth, regiments of lost souls drag themselves to the devil’s pit. “Lasciate ogni speranza, voi ch’entrate.” (“Abandon all hope, ye who enter” as our Dante delivered his painful message).

Meanwhile from above the Vatican wall, the pope himself begs the world leaders to put an end to hostilities, “lest there be no young men left alive in Europe.” But the war industry pays him no heed.

Finally the casualties are more than we can bear. There are mutinies in the French trenches! Agitators in the Czar’s army cry out for “Peace, Land, and Bread!” At home, our families grow bitter. There comes a breaking point as the oligarchs seem to be losing their grip.

At last the guns are mute in the morning air. A strange almost pious silence takes over. The fog and rain seem to wash our wounds and cool our fever. “Still alive,” the sergeant grins, “still alive.” He cups a cigarette in his hand. “Stack those rifles, you lazy bastards.” He grins again, two teeth missing. Never did his ugly face look so good as on this day in November 1918. Armistice embraces us like a quiet rapture.

Not really a quiet rapture with smiling sergeants. Many troops on both sides continued killing to the bitter end, with a fury that had no mercy. In one day, November 11, the last day of war, some 10,900 men were wounded or killed from both sides, a furious rage in the face of peace, years of slaughter; now moments of vengeance.

The Fall of Eagles

A big piece of the encrusted aristocratic world breaks off. The Romanovs, Czar and family, are all executed in 1918 in Revolutionary Russia. That same year, the House of Hohenzollern collapses as Kaiser Wilhelm II flees Germany. Also in 1918, the Ottoman empire is shattered. And on Armistice Day, November 11th, 1918, at 11:00 a.m.—the eleventh hour of the eleventh day of the eleventh month—we mark the end of the war and with it the dissolution of the Habsburg dynasty. 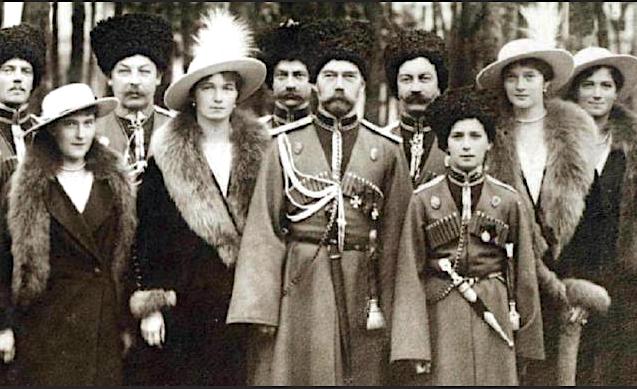 The House of Romanovs

Four indestructible monarchies: Russian, German, Turkish, and Austro-Hungarian, four great empires, each with millions of bayonets and cannon at the ready, now twisting in the dim shadows of history.

Will our children ever forgive us for our dismal confusion? Will they ever understand what we went through? Will we? By 1918, four aristocratic autocracies fade away, leaving so many victims mangled in their wake, and so many bereaved crying through the night.

Back in the trenches, the agitators among us prove right. The mutinous Reds standing before the firing squad last year were right. Their truths must not be buried with them. Why are impoverished workers and peasants killing other impoverished workers and peasants? Now we know that our real foe is not in the weave of trenches; not at Ypres, nor at the Somme, or Verdun or Caporetto. Closer to home, closer to the deceptive peace that follows a deceptive war.

Now comes a different conflict. We have enemies at home: the schemers who trade our blood for sacks of gold, who make the world safe for hypocrisy, safe for themselves, readying themselves for the next “humanitarian war.” See how sleek and self-satisfied they look, riding our backs, distracting our minds, filling us with fright about wicked foes. Important things keep happening, but not enough to finish them off. Not yet enough.

Michael Parenti is an internationally known, award-winning author and lecturer. He is one of the nation’s leading progressive political analysts. His highly informative and entertaining books and talks have reached a wide range of audiences in North America and abroad. His books include Profit Pathology and Other Indecencies; Inventing Reality, The Politics of News Media; Make-Believe Media: The Politics of Entertainment; Democracy for the Few; Land of Idols: Political Mythology in America; History as Mystery; The Assassination of Julius Caesar, A People’s History of Ancient Rome and the first part of his memoir, Waiting for Yesterday: Pages from a Street Kid’s Life.

← How to Honor Memorial Day
This is the New Italy →