It may not be an exaggeration to say that the fate of civilization is up to Americans to sort out how they want to interact with the rest of the world, argues Inder Comar in this commentary.

Americans ought to be more honest about U.S. military interventionism. There ought to be a serious debate about it.  Instead there seems to be three, entrenched foreign policy camps who never talk to each other.

The first is made up of avowed imperialists. They are easy to recognize, because they happen to be in power. They are the people for whom there is no such thing as a bad war. They have likely committed the United States to regime change in Iran. And they are currently spearheading an overly aggressive approach in attempting to defuse tensions with a nuclear-armed North Korea—an approach that will probably backfire in the end.  This camp would also be the strongest to deny that there is any such thing as U.S. imperialism.

Then there are people who totally reject imperialism in any form, committed by any country, as a grave error. These are the people who recognize that there must be other values that bind relationships between nations—shared values premised on international law, human rights, Individual and spiritual freedom, and the rule of law.

I suspect it is a very small camp.

Finally, there is a third group, who’ve I’ve come to see as of two minds. They think it possible to maintain a militant foreign policy, while also saying they are using that foreign policy to spread civilized values. They want to wallow in the false glory that comes from empire, and to feel good about it.

Current political discourse in the United States—whether it is in the media, the think-tanks, or from major politicians—largely falls in this camp. For example, most Republicans and Democrats use the language of human rights and freedom to couch their perspective. 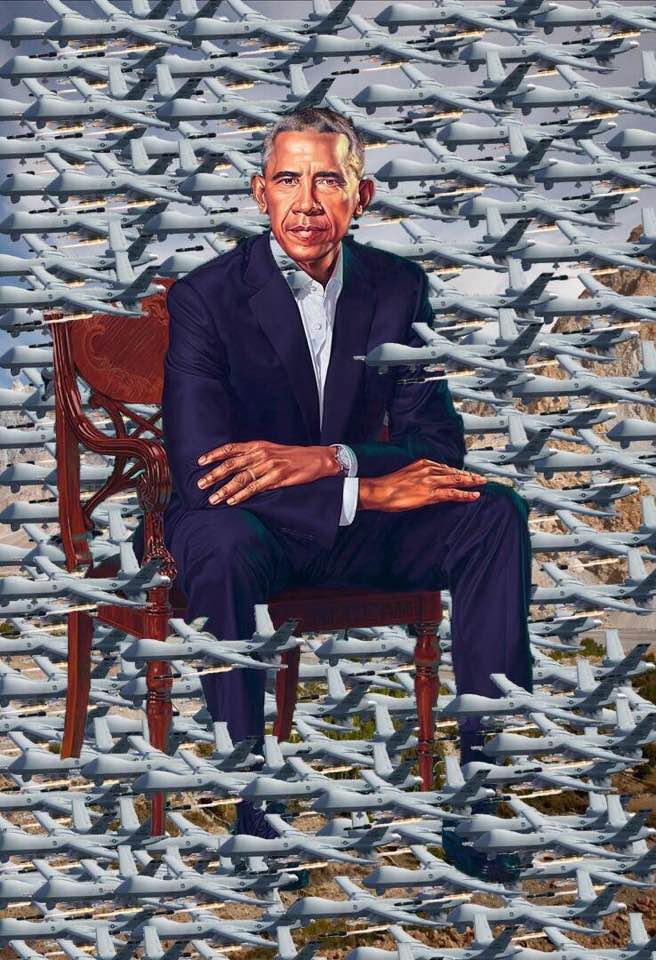 But the reality of their actions, and the consequences of those actions, makes it impossible to hide an underlying imperialist thread. Thinking people cannot ignore that it was a Democrat, President Barack Obama, who increased the use of military drones in several countries, invaded Libya, maintained and increased America’s presence in Afghanistan, and even committed $1 trillion to enhancing America’s nuclear arsenal.

There has never been a more urgent time for people to really study and consider American foreign policy, and to ask fundamental questions about America’s role in the world. There are people in power today who are literally playing with fire with a nuclear-armed country (North Korea) and who are goading another country (Iran) into seeking nuclear weapons in order to defend itself from the open threat of an American invasion.

An imperial foreign policy is one that makes the whole world far less safe—including the United States. We are not so different as humans. Humans, everywhere, eventually get sick of being bullied. And they eventually start to defend themselves. Or even fight back.

There is another point, too, which needs to be made. The pedigreed leaders who pace the halls of power, their think-tank enablers, and many individual Americans, very often find a false and perverse comfort in the domination, exploitation, and suffering of people who are not Americans. This is truly a despicable thing, and it needs to be called out. It was this type of thinking that created genocide in the United States, against the First Nations and indigenous people. It is this type of thinking which has killed, and which continues to kill, tens of millions abroad.

There is a fundamental choice that Americans have to make. And that is whether they will be okay with imperialism as the defining characteristic of their foreign policy. Whether they want to be known as an imperialist people. I think there is a day coming, sooner than most would like, where that choice will have to be confronted head on.

Worst Crime of All 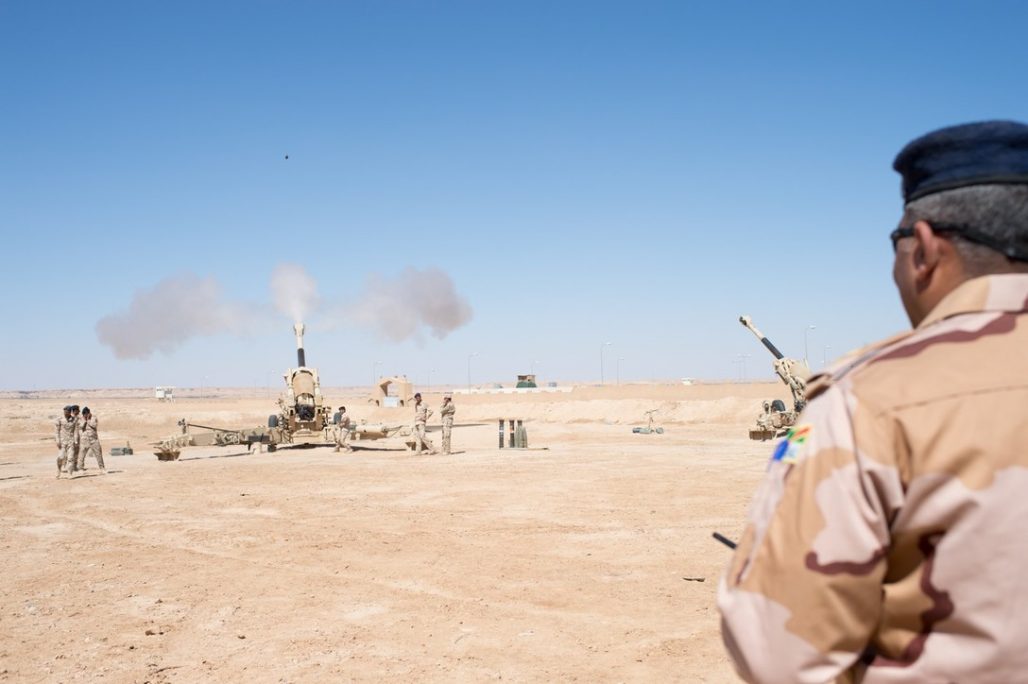 I think a lot about the terrible crime that was committed in 2003, when the United States invaded Iraq. Many rational people wonder why the purported “lessons” of the aggressive war against Iraq have not been digested by either high ranking Democrats or Republicans, and why the U.S. government continues to make baseless threats against other countries, or threaten war without a sufficient legal justification. After all, from a humane and civilized point of view, the Iraq war was not just a disaster: it was an international crime, and the worst of all war crimes, the crime of aggression.

But from the perspective of imperialism, Iraq was in many ways a success—it led to the destruction of a regional power center, gave the United States cover to continue to involve itself in the Middle East in perpetuity, and cemented a growing alliance with Israel and Saudi Arabia, two countries who are keen to continue purchasing a large supply of U.S. armaments.

Americans are a very lucky people. They have been fortunate to not have another, greater country impose its will on them. With the exception of Pearl Harbor, Americans have never been forced to feel the weight of imperialist policies that have led to death-by-drone or death-by-missile for family members, neighbors or friends. Americans have never had their country suffocated because of trade and economic blockades from a more dominant nation. And Americans have not had to deal with violent coups, sham elections, and propped up dictators who answer to a ruling elite living thousands of miles away, who don’t even care to speak the same language, who exploit the country’s resources, and who could care less about the fate and destiny of every day people.

This has been the sad fate of many societies over the last 100 years, whose only crime was being a strategic interest to the American government.

But even then, as an American, I am starting to get a taste for what these things feel like. Because imperial policies abroad are now taking root in the United States, and flowering as domestic policy. Police indiscriminately kill protestors and people of color. Immigrants are targeted as objects of hate. The poor and middle class are essentially destitute — more than 40% of Americans struggle to provide for food and rent for themselves. And the American electoral process is nakedly in the control of plutocrats, who enrich themselves at the public coffers, while every day people suffer.

Imperialism abroad creates aristocracy at home; and combined, they produce only the demonic offspring of corruption, dictatorship, and total war.

It is in the hands of all of us, as citizens, to question the dominant narrative of imperialism. And it is not enough to call out the avowed imperialists—they are easy to see.

Their words and actions are very clear.

It is also critical at this time to call out the people who think they can have it both ways—that they can feel good about empire and human rights at the same time, who think it is possible to promote freedom through the barrel of a gun.

These people need to be called out for this way of thinking. Peace and liberty is promoted through peaceful and free means. You would never kill a man on the street and claim to have saved him. What’s true on the street is also true between nations. And those “thought leaders” and politicians who claim that they can advance a civilized, humanitarian agenda through weapons, threats, coups and invasions, are not just wrong, they are being willfully dishonest—either to themselves, or to the world at large.

Americans need a civic dialogue that focuses on the rule of law, human rights norms, and shared, civilized values. Americans need a foreign policy that meaningfully and respectfully displays these same values, and which uses those values in relations with other countries. Not through warfare, domination, and exploitation. It seems simple to say, but the best way to end imperialism is to simply end imperialism.

It is time for America to stop relying on its weapons, and to start relying on ethical and civilized principles.

The fate of the U.S. and perhaps the world, rests on it finding a better way to deal with itself, and with others. There will be no meaningful response and preparation for climate change, species extinction and the great refugee crises to come unless the U.S. uses its power in a positive way, and contributes to a world where dialogue, cooperation, and the promotion of peace are the foundation blocks of a civilized order.