John Bolton may have backed off wanting to bomb Iran, saying he’s not the one to decide, but he’s hardly given up trying to convince Trump to replace the regime in Tehran, as Gareth Porter explains.

Now that the Trump administration has derailed the Iran nuclear deal, the old issue of regime change in Iran is back again. National Security Advisor John Bolton is obviously the chief regime-change advocate in the administration, and there is every reason to believe he has begun to push that policy with Donald Trump in his first month in the White House.

Bolton was part of the powerful neoconservative faction of national security officials in the George W. Bush administration that had a plan for supporting regime change in Iran, not much different from the one Bolton is reportedly pushing now. But it was a crackbrained scheme that involved the Mujahideen-e-Khalq (MEK) exiled terrorist organisation that never had Bush’s support.

Bolton may find history repeating itself, with Trump resisting his plan for regime change, just as Bush did in 2003.

Trump has appeared to flirt with the idea of Iranian regime change in the past. During the December protests in Iran, he said on Twitter that it was time for a change, noting: “The great Iranian people have been repressed for many years.”

Trump’s killing of the nuclear deal, however, stopped short of rhetoric signalling the aim of overthrowing the Islamic Republic. Instead, Trump suggested that “Iran’s leaders” are “going to want to make a new and lasting deal, one that benefits all of Iran and the Iranian people”. He added: “When they do, I am ready, willing and able.”

A few days after the Trump announcement, an unnamed National Security Council (NSC) official avoided any hint of regime change, telling the neoconservative Washington Free Beacon: “Our stated policy is to change the Iranian regime’s behaviour.” 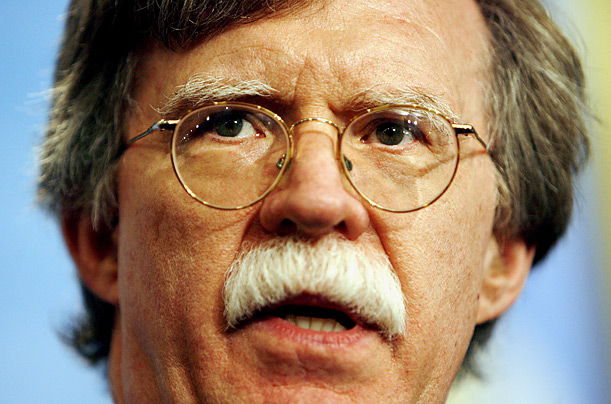 Bolton: Not the ‘decision-maker.’

And on CNN’s State of the Union, he said: “I’ve written and said a lot of things when I was a complete free agent. I certainly stand by what I said at the time, but those were my opinions then. The circumstance I’m in now is I’m the national security adviser to the president. I’m not the national security decision-maker.”

It’s not difficult to read between the lines: the implied message is that his views on regime change have not prevailed with Trump—so far.

Bolton has long been one of the most vocal supporters of such a policy, although he is better known as the primary advocate of bombing Iran. He has been one of the most enthusiastic clients among former U.S. officials who have associated themselves with MEK, which seeks to overthrow the Tehran regime with US backing.

Bolton has not only appeared at MEK rallies in Paris, along with other former U.S. officials on the take from the well-endowed paramilitary organisation. In July 2017, he declared that the Trump administration should adopt the goal of regime change in Iran, calling MEK a “viable” alternative to the regime. And his final line, delivered with his voice rising dramatically, noted that “before 2019, we here will celebrate in Tehran.”

It appears that Bolton was still pushing the idea within the administration earlier this month. The Washington Free Beacon reported on May 10 that a three-page paper outlining a regime-change strategy from a small far-right organisation called the Security Studies Group, with which Bolton is said to have close ties, was circulated among NSC officials. The quotes from the paper in the story make it clear that the strategy is based largely on seeking to exploit ethnic and religious conflicts in Iran. 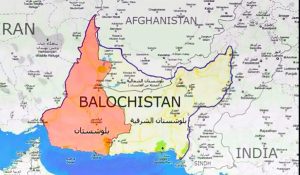 The paper reportedly makes the point that ethnic minorities – such as Kurds, Azeris, Ahwazi Arabs and Baloch – represent one-third of Iran’s population, and argues that the Iranian regime’s “oppression of its ethnic and religious minorities has created he conditions for an effective campaign to splinter the Iranian state into component parts”.

It adds: “U.S. support for their independence movements, both overt and covert, could force the regime to focus attention on them and limit its ability to conduct other malign activities.”

Those minorities have all had organisations that have carried out violent actions, including bombings and assassinations against Iranian officials, over the past decade, and such a strategy would presumably involve supporting a step-up in such activities – in other words, U.S. support for terrorist activities against Iranian government targets.

But none of this is new. It was the official line of the powerful alliance between the neoconservatives and the Cheney-Rumsfeld axis within the Bush administration. By 2003, Douglas Feith, the uber-neoconservative former undersecretary of defense for policy, had developed a plan for giving MEK, whose army had been captured by U.S. troops in Iraq, a new name and using them for a covert paramilitary operation in Iran.

Meanwhile, Iran was offering to provide names and other data on al-Qaeda officials it had captured in return for US information on MEK. When former defense secretary Donald Rumsfeld sought to protect MEK from such a deal, Bush’s response was: “But we say there is no such thing as a good terrorist.”

Despite the neocon fixation with supporting MEK, both the CIA and the Israelis have long regarded the idea that it could be an instrument for regime change in Iran as ridiculous. After the organization helped Saddam Hussein’s regime suppress Shia and Kurdish uprisings, it lost any semblance of legitimacy inside Iran. After it relocated to Iraq, moreover, it was transformed into an authoritarian cult.

The former Israeli ambassador to Iran, Uri Lubrani, who was given a free hand to organise a programme for destabilising Iran, recognised long ago, as he told two Israeli journalists, that MEK has no capacity to do anything inside the country.

It was Lubrani who first advanced the argument that about a third of the total Iranian population were ethnic minorities, and that promoting their anti-Tehran activities could help to destabilise the government. Those groups have carried out terrorist bombings and other armed actions in various parts of Iran over the years, and it is well documented that Israel was supporting and advising the Baloch extremist organisation Jundallah on such operations. But the Israelis have used MEK mainly to put out disinformation on Iran’s nuclear programme.

The policy paper Bolton is reportedly pushing states explicitly that the regime change policy should include the use of military force against Iran if necessary. That was the premise of the Cheney-Bolton plan for regime change in Iran, as former vice president Dick Cheney’s Middle East adviser, David Wurmser, later revealed. And it is the game that Bolton, the enthusiast for bombing Iran, is apparently still playing.

← The U.S. and the Fate of the World
European Earthquake as Populist Government Forms in Italy →

76 comments for “Bolton Trying to Convince Trump to Topple Iran”