Julian Assange has remained incommunicado for more than six weeks and as his health deteriorates many of his former supporters have remained silent too, says James Cogan.

Julian Assange is in immense danger. Remarks made this week by Ecuador’s foreign minister suggest that her government may be preparing to renege on the political asylum it granted to the WikiLeaks editor in 2012 and hand him over to British and then American authorities.

On March 28, under immense pressure from the British and U.S. governments, Ecuador imposed a complete ban on Assange having any Internet or phone contact with the outside world, and blocked his friends and supporters from physically visiting him. For 46 days, he has not been heard from.

Ecuadorian Foreign Minister Maria Fernanda Espinosa stated in a Spanish-language interview on Wednesday that her government and Britain “have the intention and the interest that this be resolved.” Moves were underway, she said, to reach a “definite agreement” on Assange.

If Assange falls into the hands of the British state, he faces being turned over to the U.S. Last year, U.S. Attorney General Jeff Sessions stated that putting Assange on trial for espionage was a “priority.” CIA director Mike Pompeo, now secretary of state, asserted that WikiLeaks was a “non-state hostile intelligence service.”

In 2010, WikiLeaks courageously published information leaked by then Private Bradley [now Chelsea] Manning that exposed war crimes committed by American forces in Iraq and Afghanistan. WikiLeaks also published, in partnership with some of the world’s major newspapers, tens of thousands of secret diplomatic cables, exposing the daily anti-democratic intrigues of U.S. imperialism and numerous other governments.

For that, Assange was relentlessly persecuted by the Obama administration. By November 2010, it had 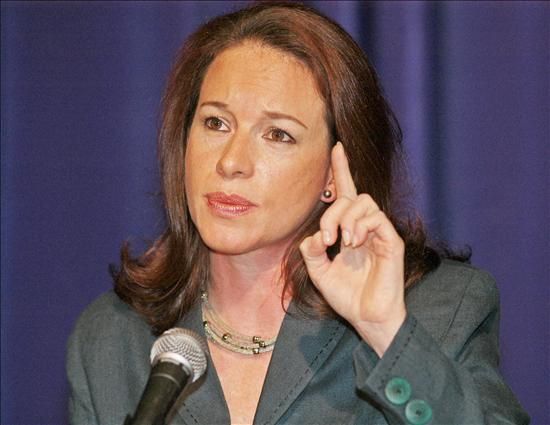 convened a secret grand jury and had a warrant issued for his arrest on charges of espionage—charges that can carry the death sentence. The then Labor Party government in Australia headed by Prime Minister Julia Gillard threw Assange, an Australian citizen, to the wolves. It refused to provide him any defense and declared it would work with the U.S. to have him detained and put on trial.

On June 19, 2012, under conditions in which he faced extradition to Sweden to answer questions over fabricated allegations of sexual assault, and the prospect of rendition to the United States, Assange sought asylum in the Ecuador’s embassy in London.

Since that time, for nearly six years, he has been largely confined to a small room with no direct sunlight. He has been prevented from leaving, even to obtain medical treatment, by the British government’s insistence it will arrest him for breaching bail as soon as he sets foot outside the embassy.

Now, for six weeks and three days, he has been denied even the right to communicate.

Jennifer Robinson, the British-based Australian lawyer who has represented Assange since 2010, told the London Times in an interview this month: “His health situation is terrible. He’s had a problem with his shoulder for a very long time. It requires an MRI [magnetic resonance imaging scan], which cannot be done within the embassy. He’s got dental issues. And then there’s the long-term impact of not being outside, his visual impairment. He wouldn’t be able to see further than from here to the end of this hallway.”

The effort to haul Assange before a U.S. court is inseparable from the broader campaign underway by the American state and allied governments to impose sweeping censorship on the Internet. Lurid allegations of “Russian meddling” in the 2016 U.S. election and denunciations of “fake news” have been used to demand that Google, Facebook and other conglomerates block users from accessing websites that publish critical commentary and exposures of the ruling class and its agencies—including WikiLeaks, Consortium News and the World Socialist Web Site.

WikiLeaks has been absurdly denounced as “pro-Russia” because it published leaks from the U.S. Democratic Party National Committee that revealed the anti-democratic intrigues the party’s leaders carried out to undermine the campaign of Bernie Sanders in the 2016 presidential primary elections. It also published leaked speeches of presidential candidate Hillary Clinton that further exposed her intimate relations with Wall Street banks and companies.

As part of the justification for Internet censorship, U.S. intelligence agencies allege, without any evidence, that the information was hacked by Russian operatives and supplied to WikiLeaks to undermine Clinton and assist Trump—whom Moscow purportedly considered the “lesser evil.”

In response to the hysterical allegations, WikiLeaks broke its own tradition of not commenting on its sources. It publicly denied that Russia was the source of the leaks. That has not prevented the campaign from continuing, with Assange even being labelled “the Kremlin’s useful idiot” in pro-Democratic Party circles. WikiLeaks is blamed for Clinton’s defeat, not the reality, that tens of millions of American workers were repulsed by her right-wing, pro-war campaign and refused to vote for her. 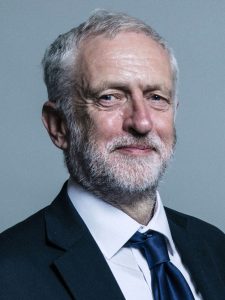 Under conditions in which the Ecuadorian government has capitulated to great power pressure and is collaborating with British and U.S. agencies to break Assange, there is an almost universal and reprehensible silence on the part of dozens of organizations and hundreds of individuals who once claimed to defend him and WikiLeaks.

The United Nations Working Group on Arbitrary Detention, which in February 2016 condemned Assange’s persecution as “a form of arbitrary detention” and called for his release, has issued no statement on his current situation.

In Britain, the Labour Party and its leader Jeremy Corbyn have said nothing on the actions by Ecuador. Nor have they opposed the determination of the Conservative government to arrest Assange if he leaves the embassy.

In Australia, the current Liberal-National government and Labor leadership are just as complicit. The Greens, which claimed to oppose the persecution of Assange, have not made any statement in Parliament or issued a press release, let alone called for public protests. Hundreds of editors, journalists, academics, artists and lawyers across the country who publicly defended WikiLeaks in 2010 and 2011 are now mute.

A parallel situation prevails across Europe and in the U.S.. The so-called parties of the “left” and the trade unions are all tacitly endorsing the vicious drive against Assange.

Around the world, pseudo-left organizations, anxious not to disrupt their sordid relations with the parties of the political establishment and the trade union apparatuses, are likewise silent.

If Assange is imprisoned or worse, and WikiLeaks shut down, it will be a serious blow to the democratic rights of the entire international working class.

A version of this article originally appeared on WSW.

James Cogan is the national secretary of the Socialist Equality Party Australia.

← Congress Weighs Indefinite Detention of Americans
The World Will Not Mourn the Decline of U.S. Hegemony →

138 comments for “Ecuador Hints It May Hand Over Assange”