With the U.S. out of the Iran nuclear deal and with Americans ordering Europeans to stop dealing with Tehran, the remaining signatories are trying to figure out how to confront the U.S., says Enrico Carisch.

What can the five remaining signatories to the Iran nuclear deal do now that the Trump administration has trampled on Security Council Resolution 2231 and its 13 binding decisions, adopted under Article 41 of the United Nations Charter, which codified the Iran nuclear deal into international law? Sooner or later, the other 14 members of the Security Council, especially Britain, China, France and Russia, must decide how to confront their renegade permanent member, the United States.

Otherwise, the Council may lose its unique authority to prevent and resolve conflicts.

Specifically, the question they may soon have to confront will be how they can protect the resolution and the companies that comply with it when doing business with Iranians, given that Iran is subject once again to new U.S. sanctions.

The first broadside against the companies of U.S. allies that are doing business with Iran came minutes after President Donald Trump announced his withdrawal from the Joint Comprehensive Plan of Action, or JCPOA, on May 8. Richard Grenell, his ambassador to Germany (and spokesman for the U.S. at the UN from 2001-2008), tweeted, “German companies doing business in Iran should wind down operations immediately.”

The reaction was immediate, but it was outrage, not compliance, that German diplomatic and business leaders expressed.

“We have no understanding for the American call that German enterprises are expected to immediately drive down their business in Iran,” said Dieter Kempf, president of the Association of German Industry, a trade group. “German industry criticizes the application of extraterritorial sanctions that violate international law.”

For international companies caught between respecting Resolution 2231 and new U.S. sanctions, the easiest solution would be to obtain exemptions from the U.S. Treasury’s Office for Foreign Asset Control. But the office has signaled that there will be little leeway once it would “begin the process of implementing 90-day and 180-day wind-down periods” for activities that were — until now — permitted under the JCPOA. 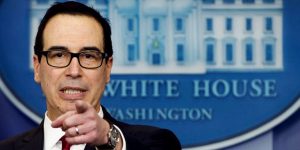 Reuters has also reported that Steven Mnuchin, the U.S. treasury secretary, is throwing cold water on hopes that waivers or exemptions will be granted.

Regarding the huge 200-passenger aircraft deal that Iran signed with Boeing, the American company; and other deals with Airbus, the European aviation consortium, and ATR, a French-Italian company, Mnuchin said, “The Boeing and Airbus licenses will be revoked.”

The Office for Foreign Asset Control has the ability to not only interfere with Boeing’s sales but also the European manufacturers’ dealings with Iran because “under the original deal, there were waivers for commercial aircraft, parts and services.”

While exemptions may save some foreign companies’ investments in Iran, those of strategic value to the country’s development and military strength will likely become the battlefield between U.S. sanctions and the UN sanctions relief that were mandated in Resolution 2231.

The result of weak protection from U.S. sanctions on Iran will be Iranians’ continued economic suffering. The sanctions-stunted commerce and development of their industries will almost certainly mean that President Hassan Rouhani will lose control of the government to hard-line conservatives.

In a repeat of the 2005 resurgence of Iran’s conservatives, which is already fermenting, the country could turn into everything that Trump and Benjamin Netanyahu, the prime minister of Israel, have been deceptively claiming all along: that Iranians are aggressive nuclear proliferators and a threat to the regional Sunni hierarchy.

France, Germany, Britain and other European powers are united in trying to prevent a newly radicalized Iran from resuming enrichment of fissile material, which could trigger a new Middle East war. In a statement released immediately after Trump’s announcement on May 8, Prime Minister Theresa May, Chancellor Angela Merkel and President Emmanuel Macron declared, “We, the E3, will remain parties to the JCPOA.”

But Trump threatened in his speech from the White House, “Any nation that helps Iran in its quest for nuclear weapons could also be strongly sanctioned by the United States.”

Nevertheless, the three European heads of state pledged, “Our governments remain committed to ensuring the agreement is upheld, and will work with all the remaining parties to the deal to ensure this remains the case including through ensuring the continuing economic benefits to the Iranian people that are linked to the agreement.”

Regional stability is, however, an issue that the U.S. apparently intends to deal with militarily, according to a presidential memorandum released on May 8 by the White House. Under the heading “Preparing for Regional Contingencies,” Trump instructed the secretary of defense and heads of any other relevant agencies to “prepare to meet, swiftly and decisively, all possible modes of Iranian aggression against the United States, our allies, and our partners.

The Department of Defense shall ensure that the United States develops and retains the means to stop Iran from developing or acquiring a nuclear weapon and related delivery systems.” 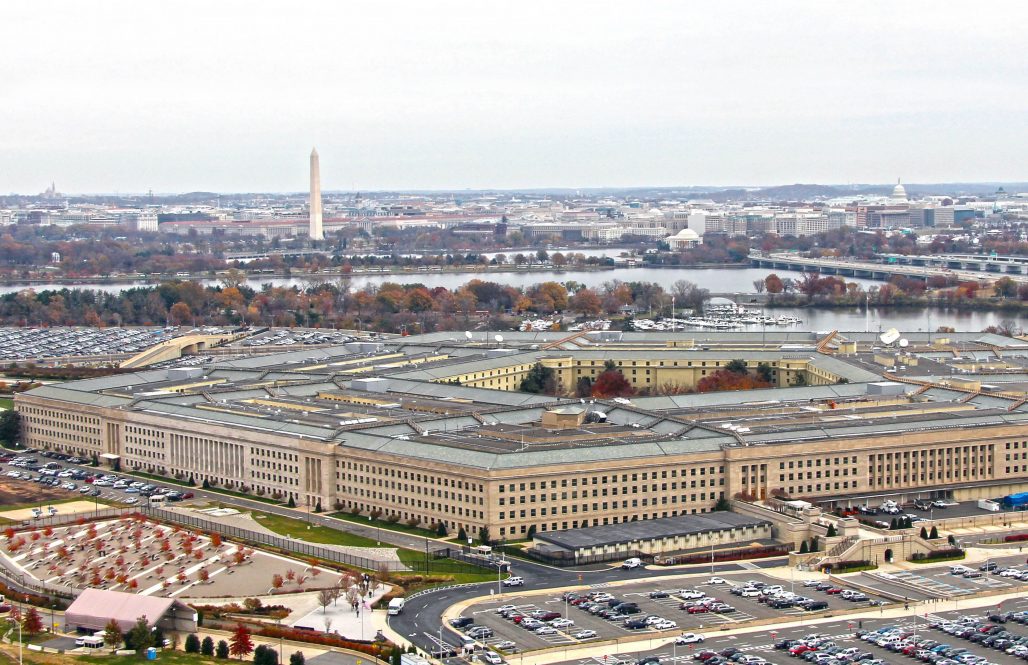 Did this chilling directive mean that the U.S. was preparing preventive strikes against Iran’s ballistic missile development facilities? The answer came quicker than most people would have expected.

Alleging a failed barrage of 20 Iranian missiles striking the Golan Heights, Israel’s defense forces (IDF) struck back at dozens of Hezbollah and Islamic Revolutionary Guard Corps positions based in Syria. However, neither the IDF website nor its spokesperson provided evidence for the alleged missiles attack. They also did not provide evidence, if the attacks did occur, that the missiles were fired by Iranian and not Syrian armed forces.

Failing to explain why Iran’s forces should suddenly launch a small, unsuccessful attack on Israel, IDF noted merely that “this is the first time that Iranian forces have directly fired at Israeli troops.” The Guardian  said the “analysis of who is to blame for this outbreak of hostilities demands even more than usual skepticism and careful un-packaging.”

So what can the Europeans do with China and Russia to stop the escalating violence between Israel and Iran and to blunt Trump’s undiplomatic — and possible military — assault on Iran and the tenuous state of Middle East peace?

Taking the matter to the Security Council makes little sense, as the 10 elected members have noted.

“Any attempts to discuss a new formula of the JCPOA minus U.S.A would be blocked,” explained several European and Asian representatives of the Council’s elected members, after Trump’s announcement. They assume that the U.S. ambassador, Nikki Hailey, is almost certainly under instructions to prevent further discussions about the Iran deal.

In addition, any proposed resolution asserting the primacy of Resolution 2231 over unilateral policies would, of course, be smacked down with a veto, as is the usual case with attempts to discuss Israeli threats — or provocations — to peace and security.

All of which now leaves the Security Council irrationally outmaneuvered.

It is one reason that Javad Zarif, Iran’s foreign minister, signaled his government’s commitment to continue collaborating with the rest of the world after the Trump announcement by offering to “spearhead a diplomatic effort to examine whether remaining JCPOA participants can ensure its full benefits for Iran.”

The signals from the remaining nuclear-deal signatories is that the strongest rebuke of Trump’s destructive move is to keep the deal’s formula, minus the U.S. participation, if they can do it.

This article originally appeared on PassBlue.

Enrico Carisch has worked for the Security Council as an investigator on sanctions violations and was an investigative reporter for print and TV for 25 years. He is co-author of the just-released book “The Evolution of UN Sanctions: From a Tool of Warfare to a Tool of Peace, Security and Human Rights.” He is also a co-founder and partner of Compliance and Capacity Skills International (CCSI), a New York-based group specializing in all aspects of sanctions regimes (http://comcapint.com).

← The Coming War Against Iran
Trump’s Iran Debacle: What Will Germany and Russia Do? →