When the Senate Intelligence Committee begins questioning CIA director-nominee Gina Haspel on Wednesday they should ask these questions, especially whether torture was used to build a rationale for war, argues Sam Husseini.

Gina Haspel’s nomination to be director of the Central Intelligence Agency raises a slew of questions for the Senate Intelligence Committee regarding her record on torture when she sits down before the committee on Wednesday.

Her confirmation hearings will no doubt raise questions of legality and ethics.  With respect to torture, some have argued that Haspel’s and other’s motivation in overseeing torture and then covering it up may simply be sadism.

But—especially given how little we know about Haspel’s record — it’s possible that there’s an even more insidious motive in the U.S. government for practicing torture: To produce the rigged case for more war. Examining this possibility is made all the more urgent as Trump has put in place what clearly appears to be a war cabinet. My recent questioning at the State Department failed to produce a condemnation of waterboarding by spokesperson Heather Nauert.

Haspel’s hearing on Wednesday gives increased urgency to highlighting her record on torture and how torture has been “exploited.” That is, how torture was used to create “intelligence” for select policies, including the initiation of war.

Torture to Build a Case for War

Lawrence Wilkerson, former chief of staff to Colin Powell, has stated that neither he nor Powell were aware that the claims that Powell made before the UN Security Council just before the invasion of Iraq were partly based on torture. According to Wilkerson, Dick Cheney and the CIA prevailed on Powell to make false statements about a connection between Al-Qaeda and Iraq without telling him the “evidence” they were feeding him was based on evidence produced by torture. [See my piece and questioning of Powell: “Colin Powell Showed that Torture DOES Work.”]

The 2014 Senate torture report noted (in an obscure footnote) the case Wilkerson speaks of: “Ibn Shaykh al-Libi” stated while in Egyptian custody and clearly being tortured that, “Iraq was supporting al-Qa’ida and providing assistance with chemical and biological weapons. Some of this information was cited by Secretary Powell in his speech at the United Nations, and was used as a justification for the 2003 invasion of Iraq. Ibn Shaykh al-Libi recanted the claim after he was rendered to CIA custody on February [censored], 2003, claiming that he had been tortured by the [censored, likely ‘Egyptians’], and only told them what he assessed they wanted to hear.” (Libi would in due course be turned over to Muammar Gaddafi during a brief period when the late Libyan leader was something of a U.S. ally and he was conveniently “suicided” in Libyan custody.  [See my piece “Torture Did Work — to Produce War (See Footnote 857)“] 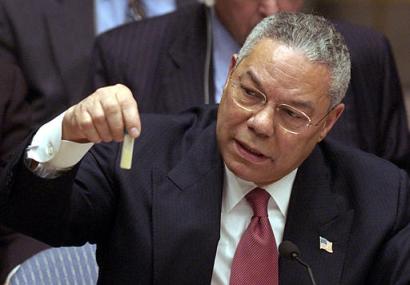 The Senate Armed Services Committee in 2008 indicated the attempt to use torture to concoct “evidence” was even more widespread. It quoted Maj. Paul Burney, who worked as a psychiatrist at Guantanamo Bay prison: “A large part of the time we were focused on trying to establish a link between al-Qaeda and Iraq and we were not successful. The more frustrated people got in not being able to establish that link … there was more and more pressure to resort to measures that might produce more immediate results.” The GTMO Interrogation Control Element Chief, David Becker, told the Armed Services Committee he was urged to use more aggressive techniques, being told at one point “the office of Deputy Secretary of Defense [Paul] Wolfowitz had called to express concerns about the insufficient intelligence production at GTMO.”

McClatchy reported in 2009 that Sen. Carl Levin, the then chair of the Armed Services Committee, said: “I think it’s obvious that the administration was scrambling then to try to find a connection, a link (between al Qaida and Iraq) … They made out links where they didn’t exist.”

Exploiting false information has been well understood within the government. Here’s a 2002 memo from the military’s Joint Personnel Recovery Agency to the Pentagon’s top lawyer — it debunks the “ticking time bomb” scenario and acknowledged how false information derived from torture can be useful:

“The requirement to obtain information from an uncooperative source as quickly as possible — in time to prevent, for example, an impending terrorist attack that could result in loss of life — has been forwarded as a compelling argument for the use of torture … The error inherent in this line of thinking is the assumption that, through torture, the interrogator can extract reliable and accurate intelligence. History and a consideration of human behavior would appear to refute this assumption.”

The document (released by The Washington Post, which minimized its most critical revelations and was quickly forgotten in most quarters) concludes:

“The application of extreme physical and/or psychological duress (torture) has some serious operational deficits, most notably, the potential to result in unreliable information. This is not to say that the manipulation of the subject’s environment in an effort to dislocate their expectations and induce emotional responses is not effective. On the contrary, systematic manipulation of the subject’s environment is likely to result in a subject that can be exploited for intelligence information and other national strategic concerns.” [See PDF]

So torture can result in the subject being “exploited” for various propaganda and strategic concerns.

She Ordered the Tapes’ Destruction 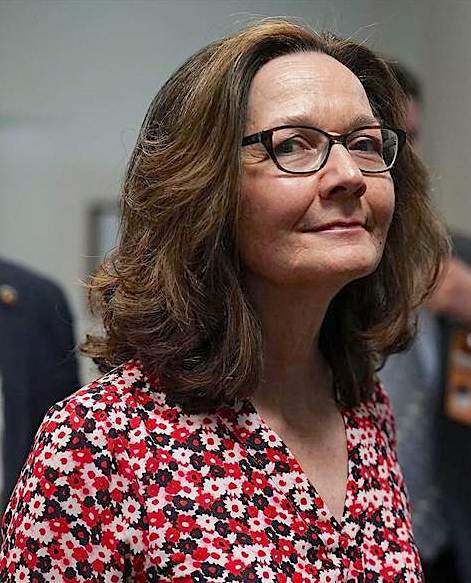 The New York Times reported in Feb. 2017: “Gina Haspel, C.I.A. Deputy Director, Had Leading Role in Torture,” that, “[Terrorist suspect Abu] Zubaydah alone was waterboarded 83 times in a single month, had his head repeatedly slammed into walls and endured other harsh methods before interrogators decided he had no useful information to provide. The sessions were videotaped and the recordings stored in a safe at the CIA station in Thailand until 2005, when they were ordered destroyed. By then, Ms. Haspel was serving at CIA headquarters, and it was her name that was on the cable carrying the destruction orders.”

It’s been widely assumed the tapes were destroyed because of the potentially graphic nature of the abuse, or to hide the identity of those doing the torture. But there’s another distinct possibility: That they were destroyed because of the questions they document being asked. Do the torturers ask: “Is there another terrorist attack?” Or do they compel: “Tell us that Iraq and Al-Qaeda are working together”? The video evidence to answer that question has been destroyed by order of Haspel — with barely anyone raising the possibility of that being the reason.

Even beyond the legal and ethical concerns, the following questions for the Senate Intelligence Committee to ask Haspel are clearly in order:

A version of this article first appeared on Post Haven.

17 comments for “Torture is Not Only Immoral, but a Tool for War”