A tribute to Robert Parry, the late founder and editor of Consortium News, will take place in Berkeley, California on Saturday, May 19 at 2 pm.

Details are on the poster below. We hope for a big turn out of Bay Area supporters of Consortium News. 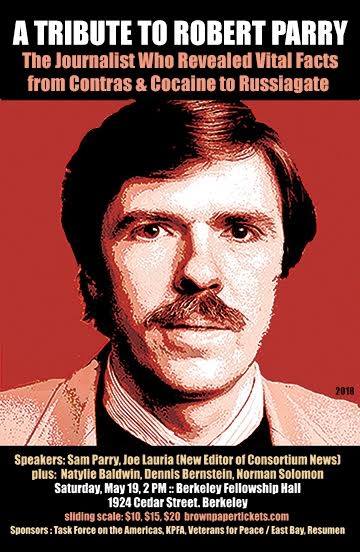