I first met Bob back in the early 80’s in El Salvador. We bonded immediately over our mutual revulsion for US President Ronald Reagan and his dirty wars in Central America.

I was trying to film and produce documentaries and spent three months in the mountains with FMLN guerrillas trying to tell their story. Bob was with the Associated Press and later Newsweek and The Nation. But we both had the same problem — few mainstream media organizations wanted to go up against what Reagan was promoting. On a meagre budget I produced a half-hour program “Guazapa: The Face of War in El Salvador.”

It got a few showings in church basements and colleges but no network would run it and even PBS, supposedly a haven for independent journalism said, “Show us something supporting the Salvador government and we might consider it.”

Bob uncovered the Iran-Contra scandal, but instead of a Pulitzer he was fired by the AP and later Newsweek and Bloomberg. So Bob took the advice of renowned media critic A.J. Liebling: ”Freedom of the press is guaranteed only to those who own one.”

With the help of sons Sam and Nat, Bob started a magazine called I.F. Stone Magazine and a newsletter called The Consortium, which soon morphed into ConsortiumNews.com on the Internet, blazing the way for a generation of news bloggers.

I continued making documentaries nobody wanted to buy, mostly about wars that nobody gave a damn about, but it turned out that along the way I would often stumble onto stories that interested Bob for Consortium News.

Alas, I wasn’t a natural fit…A Canadian immigrant who spelled in 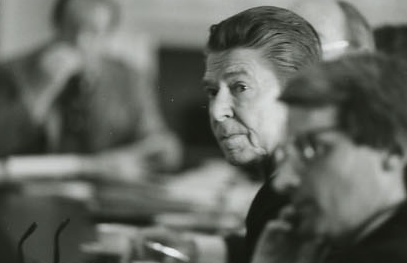 strange Canadian Franco-English and coming from a broadcast background I didn’t care how I spelled things as long as I could pronounce them. But Bob, as you know, was a patient editor and diligent fact and spell checker and often from his encyclopaedic brain offered a sentence here or a paragraph there that somehow made my story make sense and flow.

There was only one time in 23 years that I can remember Bob and I not being able to agree on a story. I was in northern Iraq, in the city of Irbil teaching a journalism class, but the Kurds were holding an election and I jumped in to cover convoluted Kurdish politics. I’d spent some time on it and tried to figure out what it all meant and would lead to. Bob didn’t like it and gave me probably the worst appraisal he used.

….”Don, it just reads like something I already read in the New York Times”… in other words he thought it was lousy journalism. A few weeks ago I happened to find that article in old files…and you know…Bob was right.

Over 23 years Bob published an amazing variety of stories that others shied away from … a long row of candles that shone light in dark places. As Winston Churchill once said, “The longer you look back, the farther you can look forward.” And they are still all there in the Consortium archives and make very good reading today. I skimmed over it the other day to recall some of my favorite contributions.

As you would suspect Bob and I were drawn to a lot of stories about embattled journalists. And when after 9/11 the mainstream media were beating the drums for George Bush’s Iraq invasion Consortium News published tough questions. 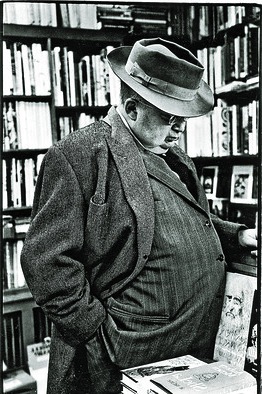 Liebling: A grave
view of the Press.

Liebling, one of Bob’ favorite journalists, had it right. He wrote “I take a grave view of the Press. It is the weak slat under the bed of democracy.”

After the disastrous war it turned out Bob’s posts were right….Liebling was right. Veteran journalist Bill Moyers picked up on Liebling’s words in one of my favourite quotes: “After the invasion of Iraq, the slat broke and some strange bedfellows fell to the floor; establishment journalists, neo-conservative polemicists, beltway pundits, right wing warmongers flying the skull and bones of the ‘balanced and fair brigade,’and administration flacks whose classified leaks were manufactured lies—all romping on the same mattress in the foreplay to disaster. Thousands of casualties and billions of dollars later, most of the media co-conspirators caught in flagrante delicto are still prominent, still celebrated, and still holding forth with no more contrition than a weather-caster who made the wrong prediction as to the next day’s temperature.”

In 2015 Bob won the coveted I.F. Stone Medal from the Nieman Foundation…I suspect largely because he was such a devoted disciple of Izzy Stone whose advice…”Never believe anything until its been officially denied”…became a golden rule for Bob.

Another journalist/philosopher Bob followed was of course George Orwell. A few months ago I followed Orwell’s trail around Barcelona, Spain to write “Homage to Barcelona” for Consortium. Orwell wrote a rule for journalists which is especially true for these times now as we hurtle toward a new cold war. “During times of universal deceit, telling the truth becomes a revolutionary act.”

Sadly, Bob is gone and the world weighs less. But WOW, what an impression he left…as well as the inspiration, and I hope the courage for all of us to carry on in his tradition.

Don North, a veteran war correspondent who covered the Vietnam War and many other conflicts around the world, is the author of Inappropriate Conduct, the story of a WW II correspondent whose career was crushed by the intrigue he uncovered.

7 comments for “Instead of a Pulitzer, He was Fired”