It is wise to remember the U.S.S. Maine, the Gulf of Tonkin and Iraqi WMD in assessing the rationale for the U.S. attack last weekend on Syria, says Ann Wright.

Just a few hours before the arrival in Syria of UN chemical weapons inspectors to investigate the use of chemicals in Duma, a Damascus suburb where last week 42 persons were reportedly killed, the attack against Syrian government chemical facilities by the U.S. and its British and French allies with neither U.N. nor Congressional authorization is a bit suspicious–to put it mildly.

For the three Western nations to bomb before the international inspectors from the Organization for the Prohibition of Chemical Weapons (OPCW) could check the bodies of those killed for chemicals, take soil samples, talk to survivors and compare the results with what is in the Syrian government chemical facilities is bewildering– unless the U.S., UK and France knew the UN inspectors were going to find NOTHING to substantiate their assessment. Without any evidence, but with merely a “high possibility”, the three countries were going to attack Syria anyway. 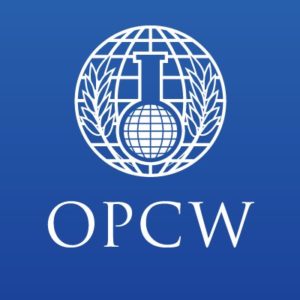 With the alphabet soup of militias in Syria, hired and equipped by the US, UK, France, Turkey, Saudi Arabia, Iraq, Iran, Russia, the UAE, Qatar and Israel, each group has the capability of executing a Duma attack.  Chemical attacks are easy to do, especially by groups that have access to the targeted area and to chemicals that can be used as weapons.

The question of why a group would execute such an attack should be leave fingerprints on the operation.

What would be the purpose for the Syrian government to use chemicals when they know Western countries are itching to use missiles to hit locations their militias have been unable to reach?

Would the Syrian government and their Russian allies purposefully use chemicals to invite an attack?

Are militia groups trying to keep their international sponsors and need an immediate reason to get continued funding especially when President Trump said last week that he wants to pull 2,000 U.S. troops out of Syria?

Proof of responsibility for the attack was still missing the day before the missile strikes when Secretary of Defense Jim Mattis said, “the US is looking for evidence” and the British government merely said “it is highly likely the Syrian government did the attack.”

This US strike follows in the line of other Presidential administrations that have ordered US military attacks that have gotten our country into civil wars, invasions, and occupations by telling Congress and the American people lies: 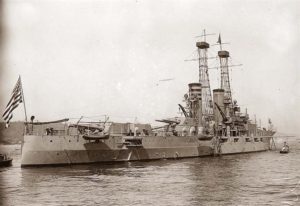 Remember the earlier gas attacks in Syria in which the British Parliament refused to authorize an attack on the Syrian government because it was unclear who was responsible–and Obama threw the decision of a U.S. attack to Congress–which to their credit voted No?

Remember Gaddafi is going to massacre the people of Benghazi and is giving viagra to his troops to rape the women? (Libya)

Remember the “nerve gas” attack in Salisbury, England that still has not been linked to Russia?

Remember Russia’s March 17 warning that the US was planning to stage a chemical attack in Syria to provoke a military “response”?

President Trump has been played by the war hawks in his cabinet–CIA Director Mike Pompeo and his new National Security Advisor, the eternal war-monger John Bolton.

Meanwhile the people of Syria continue to be killed by the bombings from all sides.

Ann Wright is a retired US Army Reserve Colonel and a former US diplomat who resigned in 2003 in opposition to the weapons of mass destruction lies of the Bush administration for the invasion and occupation of Iraq. She is the co-author of “Dissent: Voices of Conscience.”

← Syrian ‘Chemical Victims’ Suffered from Dust Inhalation, Reports Say
Instead of a Pulitzer, He was Fired →