A memorial for the late founder and editor of Consortium News, Bob Parry, was held on Saturday in Arlington, Virginia. A video of the event will be posted. Among the many tributes made to Bob was this sent by the legendary journalist and filmmaker John Pilger, who was in Australia and was unable to attend.

I would like to thank Diane and Bob’s family for this honour of paying tribute to Bob. I am on the other side of the world but I am with you in spirit.

I first heard of Bob Parry in the wake of Iran-Contra. The unique element about this scandal was its revelation of the criminal nature that exists at the heart of great power.

Bob’s support for Gary Webb, for Sy Hersh’s extraordinary work, and other courageous journalists who dared to step outside the mainstream was expressed in his own journalism — which seemed to grow even more passionate and incisive as the years went on.

His founding of Consortiumnews was a landmark. He was saying, in effect: We must not lie down in the face of the media monoliths: the Murdochs, the liberal pretenders: the censors and collaborators. In Consortium, he offered a refuge to those of us cleansed from a system that now embraced extremism.

Last June, in London, I had the privilege of presenting Bob with the 2017 Martha Gellhorn Prize for Journalism — given in honor of the great American reporter Martha Gellhorn and open to journalists anywhere in the world, writing in English. It took the judges several months to read and assess the entries; there were so many, and the standard was remarkable.

Bob Parry was the clearest winner we’ve ever had.

Why? Because of his insistence that journalism was the voice of facts and truthfulness, not a form of public relations: not the propaganda of power.

These qualities stood out in Bob Parry’s work.

All of us at the prize-giving dinner were stunned by the address Bob gave, off the cuff, in which he demystified and laid bare the rise of rapacious, criminal power in Washington. His original thought, his eloquence, wit and grace and his acute 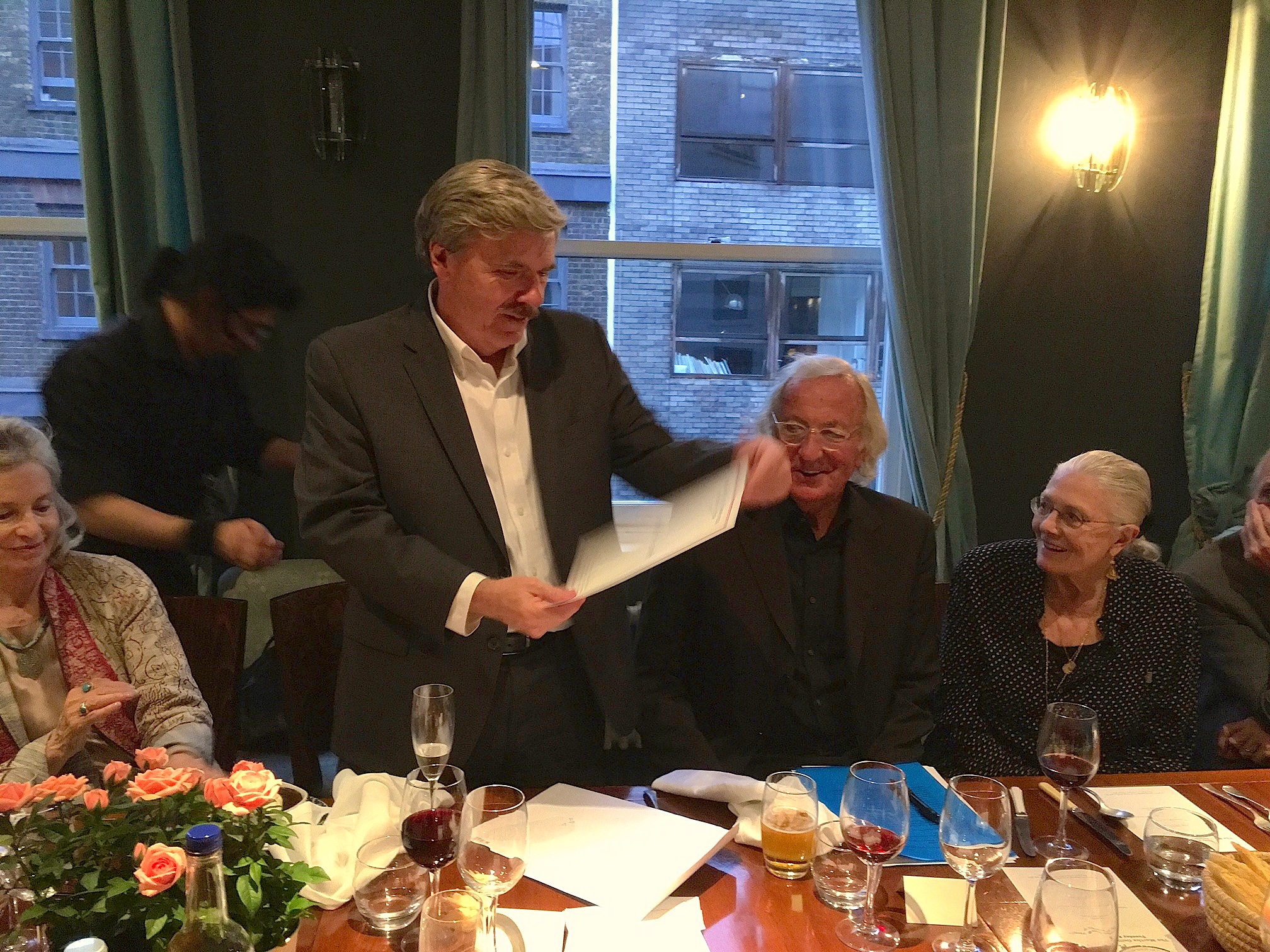 It’s hardly surprising that perhaps the greatest award he wore, like a reporter’s badge of honor, was the fear and loathing of the kind of people in power today.

Even his valedictory piece – written after he suffered the first stroke in December — lacked none of his incisiveness and passion as he described, in both sorrow and anger, the decline of journalism: a craft he clearly loved.

In today’s media landscape of distortion and collusion — which, as Bob pointed out in his last piece, is undermining what’s left of democracy — Bob Parry was a beacon.

I salute him, and I suggest we make his memory a beacon, too.

← On the Reaction to the U.S. Strike in Syria
Bob Parry: Holding Government and Media to Account →