The rule of law is in grave danger in the U.S. and can be saved by ending perpetual war, prosecuting war crimes, and reforming campaign finance and the judicial system, argues Inder Comar.

The rule of law is in serious jeopardy in the United States.

The executive branch is unconstrained, engaging in foreign wars without oversight even while it dismantles the regulatory and administrative state that protects citizens from abuses of power.

The legislative branch has been hopelessly bought-and-sold by monied interests.

And the judicial branch refuses to intervene, actively closing the doors to any accountability over other elected officials.

Some scholars like Ryan Alford, a professor of international law at Lakehead University in Ontario, even argue that the U.S. is no longer a rule of law state, but a government that is essentially run by dictator elected every four years. If this is true, then the U.S. is effectively a rogue nation.

Here are five suggestions that could restore the United States to the rule of law:

Perpetual war is a systemic threat to democratic government. War increases the powers of the presidency and acts as an excuse to increase presidential powers. Money disappears through appropriations for military expenditure, or just through corruption. War destroys civil society by producing a culture that glorifies the military. War and democracy cannot coexist. As James Madison, a chief author of the U.S. Constitution observed:

“Of all the enemies to public liberty war is, perhaps, the most to be dreaded, because it comprises and develops the germ of every other. War is the parent of armies; from these proceed debts and taxes; and armies, and debts, and taxes are the known instruments for bringing the many under the domination of the few. In war, too, the discretionary power of the Executive is extended; its influence in dealing out offices, honors, and emoluments is multiplied; and all the means of seducing the minds, are added to those of subduing the force, of the people . . . No nation could preserve its freedom in the midst of continual warfare.” 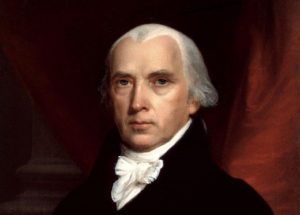 Madison: “No nation could preserve its freedom in the midst of continual warfare.”

The 9/11 Authorization to Use Military Force (AUMF), passed immediately after the 9/11 attacks, has morphed into a blank check for unending war, worldwide. As of May 2016, the AUMF was cited at least 37 times to support or sustain military action in at least 13 different countries, by both President George W. Bush and President Barack Obama.

And President Donald Trump has indicated his broad support for maintaining the 9/11 AUMF.

Enough is enough. The AUMF, enacted to fight al-Qaeda, should be terminated, immediately. Al Qaida has been crippled or has emerged as a de facto ally of the U.S. in Syria. As new, legitimate threats emerge, Congress can pass new authorizations.

We live in a world where there is an independent, international, permanent tribunal whose primary purpose is to prosecute war crimes and crimes against humanity. The U.S. was initially committed to the International Criminal Court (ICC). President Bill Clinton signed the Rome Statute, but President George W. Bush infamously “unsigned” the treaty, and the Senate was never asked to ratify it.

The ICC is 16-years old. American support for the ICC could be significant, if it did not try to politicize it, and could strengthen the international rule of law in ways that could herald a new era of international accountability for torturers, war criminals, and illegal aggressors.

But it would be meaningless if the rule of law stops at the door step of the powerful. Since 9/11, U.S. leaders have committed acts that should be prosecuted in U.S. courts as they violate U.S. law: torture, unlawful surveillance, wars of aggression, crimes against humanity and war crimes. It would be a painful social process. But Americans have no choice but to expel the venom that infect its politics, society and culture.

The American judicial system, including its prosecutorial agencies, attorneys, social activists and even brave members of the political class, are the anti-bodies we need to restore democratic governance. The impunity of high ranking officials must end, whatever their rank and title, if we wish to live in a truly free and democratic society.

It is troubling that the outcome of a major case before the U.S. Supreme Court can usually be determined just by looking at the court’s composition.  Independent, impartial review has been jettisoned in favor of nakedly political judicial appointees. 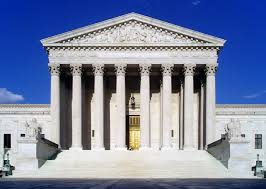 Justices across the political system should find no controversy in protecting and defending civil rights, providing access to justice to vulnerable groups, and acting as a mechanism of last resort for fair and impartial decision making.

Judges and justices themselves must have the integrity and vision to understand that an independent judiciary is the last defense of a dying democracy. They must reject attempts by either the president or Congress to politicize the judiciary.

End the Influence of Money in Politics

Most pundits glorify elections as the end-all and be-all of democracy. But take a look at any dictatorship in the world today, and there was almost certainly an election that was rigged to manufacture the intended outcome.

Elections are essential, but not the only condition of democracy, especially when voting has become little more than a hollow stage-play where nearly all electoral choices have been arranged by plutocratic supporters.

In the U.S., money has infected the electoral process to such a degree that outcomes are effectively tied to the degree of wealth that supports any given candidate. Candidates and elected officials take positions that please their wealthy donors, and not ones that reflect the true will of those who elected them to serve, as this Princeton University study showed.

For elections to be meaningful, they must express the will of an informed citizenry. Public funding of elections and limits on campaign finance expenditure are critical to restore legitimacy to the electoral process. Elections must free, fair, and open to every citizen.

Inder Comar is the executive director of Just Atonement Inc., a legal non-profit dedicated to building peace and sustainability, and the Managing Partner of Comar LLP, a private law firm working in technology. He is a recognized expert on the crime of aggression, the legality of the Iraq War, and international human rights. He holds a law degree from the New York University School of Law, a Master of Arts degree from Stanford University and Bachelor of Arts degrees from Stanford University.

31 comments for “Restoring the Rule of Law”