After its soldiers conducted a massacre against unarmed protesters in Gaza, Israeli leaders should be prosecuted by the International Criminal Court, argues Marjorie Cohn.

On March 30, Israel Defense Forces (IDF) soldiers shot 773 unarmed Palestinian protesters in Gaza, killing 17 and wounding 1,400. Twenty remain in critical condition. The protesters were marching to demand the internationally mandated right of return of refugees to their cities and villages in what now constitutes Israel.

The Israeli leaders who ordered the massacre were in clear violation of international law. They should be prosecuted for war crimes.

The use of deadly force against the peaceful protesters was premeditated. The IDF deployed 100 snipers to the border fence between Gaza and Israel, where 30,000 to 40,000 Palestinians had gathered for the Great March of Return. In a damning tweet, later deleted, the IDF wrote, “Nothing was carried out uncontrolled; everything was accurate and measured, and we know where every bullet landed.”

Jihad al-Juaidi, director of the ICU at the al-Shifa Hospital in Gaza, told Al Jazeera that all of the injured people who came to the hospital were shot in the head, pelvic joints or knee joints. “This shows that Israeli forces were shooting-to-kill, or to cause disabilities,” al-Juaidi stated.

“Israeli soldiers were not merely using excessive force, but were apparently acting on orders that all but ensured a bloody military response to the Palestinian demonstrations,” Eric Goldstein, deputy director of Human Rights Watch’s (HRW) Middle East and Africa division, stated.

Senior IDF officers told Haaretz before the protest that a large number of casualties was “a price we would be willing to pay to prevent a breach” of the fence at the border.

Israeli leaders fostered the false narrative that Hamas was sponsoring the protest. Jason Greenblatt, US envoy to Israeli-Palestinian negotiations, followed suit, tweeting, “Hamas is encouraging a hostile march on the Israel-Gaza border” and accused Hamas of “inciting violence against Israel.”

But the demonstration was actually organized by several Palestinian civil society organizations. “No Palestinian faction, organization or group can claim this march as its own. Hamas was simply riding the wave,” Jamil Khader wrote on Mondoweiss. Palestinian flags, not factional ones, were visible.

Conflating civilians with terrorists and framing the planned response as protection against a security risk, Israeli authorities referred to Gaza as a “combat zone.”

Lethal Force Legal Only in Imminent Threat to Life

It is illegal to shoot unarmed civilians under international humanitarian law. Some protesters

threw rocks and burned tires near the border fence. But HRW found “no evidence of any protester using firearms or any IDF claim of threatened firearm use at the demonstrations.” No Israeli soldiers were killed and “the army did not report any injuries to soldiers.”

“Even if a Palestinian was throwing a stone, the chances that under these conditions such an act could cause an imminent threat to life — the only situation that would justify the use of lethal force under international law — are infinitesimal,” Yousef Munayyer, executive director of the US Campaign for Palestinian Rights, wrote on HuffPost. “Indeed, even if Palestinians were trying to climb the fence, that would not give Israel the right to use lethal force.”

Sarah Leah Whitson, Middle East and North Africa director of HRW, concurred, stating, “Israeli allegations of violence by some protesters do not change the fact that using lethal force is banned by international law except to meet an imminent threat to life.”

Indeed, the UN Basic Principles on the Use of Force and Firearms by Law Enforcement specifies, “intentional lethal use of firearms may only be made when strictly unavoidable in order to protect life.”

“Senior Israeli leaders who unlawfully called for the use of live ammunition against Palestinian demonstrators who posed no imminent threat to life bear responsibility” for the deaths and injuries, HRW asserted in a statement. That includes Israel’s prime minister, defense minister and chief of staff.

Israeli Leaders Should be Prosecuted by the ICC

Israeli leaders responsible for the deaths and injuries on March 30 should be prosecuted in the International Criminal Court (ICC).

Under the Fourth Geneva Convention, an occupying power has a legal duty to protect the occupied. Grave breaches of the convention constitute war crimes. They include willful killing; willfully causing great suffering or serious injury; intentionally directing attacks against the civilian population; and intentionally launching attacks with knowledge they will cause incidental loss of life or injury to civilians The IDF committed all of these grave breaches on March 30.

Furthermore, under international humanitarian law, the IDF failed to comply with the principles of distinction and proportionality. Distinction requires parties to a conflict to direct their attacks only against people taking part in the hostilities. Proportionality prohibits an attack if the damage to the civilian population will be greater than the military advantage anticipated from the attack. The IDF violated both of those principles on March 30. 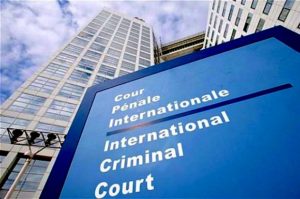 An independent commission of inquiry convened by the UN Human Rights Council to investigate Israel’s 2014 massacre in Gaza documented the deaths of 2,251 Palestinians, which included 1,462 civilian deaths and the injuring of 11,231 Palestinians. Six civilians and 67 soldiers were killed and 1,600 injured on the Israeli side. The commission concluded that Israel, and to a lesser extent, Palestinian armed groups, had likely committed violations of international humanitarian law and international human rights law, some constituting war crimes.

Currently, ICC prosecutor Fatou Bensouda is conducting a preliminary examination into the 2014 massacre. She should expand her inquiry to include the events of March 30, 2018.

UN Secretary-General António Guterres and European Union diplomatic chief Federica Mogherini advocated independent investigations into the use of deadly force by the IDF at the border fence on March 30. But the day after the massacre, the United States vetoed a Security Council resolution that called for an “independent and transparent investigation” and affirmed the right of Palestinians to peaceful protest.

Avigdor Lieberman, Israel’s defense minister, said the IDF soldiers “deserve a medal” for protecting the border. “As for a commission of inquiry — there won’t be one,” he declared on Israeli Army Radio.

Rabbi Alissa Wise, deputy director of Jewish Voice for Peace, noted in a statement, “The Israeli military evidently believes that any time Palestinians assert their basic rights in any way, they will be considered violent, and met with deadly violence.”

Meanwhile, the Palestinian protests are slated to last until May 15, the day Palestinians commemorate the Nakba, or the “great catastrophe” of 1948-9, when Israel expelled 800,000 Palestinians from their lands to create Israel. Approximately 70 percent of the 1.3 million Gazans are refugees.

“I think the only way truly forward is to recognize that there is a root cause: 70 years of Nakba,” Wise said.

Marjorie Cohn is professor emerita at Thomas Jefferson School of Law, former president of the National Lawyers Guild, deputy secretary general of the International Association of Democratic Lawyers, an advisory board member of Veterans for Peace and a member of Jewish Voice for Peace. The second, updated edition of her book, Drones and Targeted Killing: Legal, Moral, and Geopolitical Issues, was published in November. Visit her website: MarjorieCohn.com. Follow her on Twitter: @MarjorieCohn.

← Welcome to Vietnam, Mr. President
On the Silencing of Julian Assange →

112 comments for “After Gaza Massacre, Israeli Leaders Should Be Prosecuted for War Crimes”