In trying to rally American hostility toward Iran, CIA Director Pompeo and other U.S. officials are engaging in the same kind of distorted intelligence that led to the catastrophic Iraq invasion, writes ex-CIA analyst Paul R. Pillar.

Although nobody knows exactly where Donald Trump intends to go with his campaign of seeking confrontation with Iran, his administration already has provided disconcerting parallels with the techniques an earlier U.S. administration used in selling its launching of a war against Iraq. Among these techniques is the cherry-picking of intelligence not to inform policy-making or to enlighten the public but instead to inculcate false perceptions among the public and thereby to muster support for a policy already chosen. 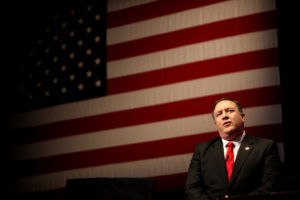 The parallels have become remarkably close as the Trump administration has tried to get people to believe there is some sort of cooperation and common purpose between Iran and Al Qaeda. The President made this insinuation in his speech on Iran in October. Then his CIA director, Mike Pompeo, ordered a tendentious re-exploitation of already exploited documents captured in the raid at Abbottabad, Pakistan, that killed Osama bin  Laden.

This time the purpose was to find any possible connection between bin Laden’s group and Iran. Pompeo took the highly unusual step of giving an advance look at the selected documents to an advocacy organization: the Foundation for Defense of Democracies (FDD), a leader of efforts to kill the agreement that limits Iran’s nuclear program.

FDD duly did its part in the insinuation by highlighting a single document that it depicted as suggesting some sort of Iranian assistance to Al Qaeda. This was despite the fact that the thrust of the Abbottabad documents as far as Iran is concerned is that Tehran was in conflict, not cooperation, with Al Qaeda. This remains the judgment of experts who follow the terrorist group closely.

Even the very document FDD highlighted did not say what those highlighting it contended it said. It held no evidence of any Iranian assistance to Al Qaeda.

This entire effort to manipulate public perceptions has been remarkably similar to the efforts by promoters of the Iraq War to use whatever scraps they could find to suggest that there was, in George W. Bush’s words, an “alliance” between the Iraqi regime and Al Qaeda that in fact never existed.

Now Colum Lynch and Dan De Luce at Foreign Policy report that the White House, in the latest bit of cherry-picking, “is pressing to declassify intelligence allegedly linking Iran to short-range ballistic missile attacks by Yemeni insurgents against Saudi Arabia.” 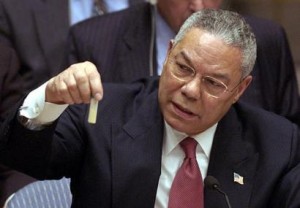 Our antennae ought to be raised very high regarding the motives and reality lying behind anything that comes out of this attempt to manipulate public perceptions.

Imagine that, in a parallel universe that Donald Trump did not inhabit, the White House was sincerely trying to help the public understand whatever was the foreign policy problem at hand. The problem in this case is the Yemeni civil war, which originated with discontent among northern tribes about how their interests were treated by the central government. The education of the public would note that large-scale intervention led by Saudi Arabia — which has a long history of conflict with, and demographic and security concerns about, Yemen — turned the civil war into bigger carnage. An aerial assault by Saudi Arabia and its ally the United Arab Emirates, together with a Saudi-imposed blockade, has further turned Yemen into a humanitarian catastrophe.

Meanwhile, some Iranian assistance reportedly has gone from Iran to the principal northern tribe, known as the Houthis. By any reasonable account, the physical impact of any such aid is minor compared to the Saudi military offensive. The lesson to the public might note that the Houthis have been among the staunchest adversaries of Al Qaeda’s branch in Yemen. It might also note that the Houthis have been allied for most of the war with former president Ali Abdullah Saleh, who during more than three decades in power became known as America’s man in Yemen.

The Saudi air war has devastated Yemen. Is it any surprise that those now in power in the Yemeni capital of Sana (i.e., the Houthi-led coalition) would try to get off a few shots at Saudi Arabia in response? Should we even condemn this effort to strike back, any more than the much bigger strikes in the other direction?

The Trump administration’s efforts to highlight this one facet of a much larger war serve two of its objectives. One is to continue its overall campaign to pin on Iran all blame for any mayhem in the Middle East. The other is to distract as much attention as possible from the indefensible U.S. support (which began during the previous administration) for the Saudi offensive against Yemen. Meanwhile, the cherry-picking conveys to the public a false impression of what the Yemeni war is all about and what has caused it to take the shape that it has.

Lynch and De Luce report that the effort by the Trump White House to make public cherry-picked intelligence about Houthi-fired missiles is intended to influence not just a domestic audience but also opinion at the United Nations. Here is yet another parallel with the selling of the Iraq War. Specifically, it evokes the presentation to the Security Council in February 2003 by Secretary of State Colin Powell, who — against Powell’s own better judgment and contrary to the judgment of the U.S. intelligence community — laid out some scraps intended to persuade people that the non-existent alliance between Iraq and Al Qaeda really existed.

Such misuse of intelligence means foreign policy is being made on the basis of badly mistaken premises. The public sales job makes the misunderstanding all the worse, both because misperceptions are infused into a larger audience and because salesmen who are strongly committed to their cause — as was the case with the chief promoters of the Iraq War — come to believe their own propaganda.

The misuse also represents a subversion of the proper function of the intelligence agencies. Intelligence is supposed to inform policymakers to help them in making decisions they have not yet made. The agencies do not exist to be tools to sell publicly policy that already has been made.

The Trump administration is not the first to commit such misuse, but the misuse fits a pattern of how Trump has handled other government departments and agencies. That pattern, featuring many fox-running-the-henhouse senior appointments, has been one of subverting rather than executing the mission of agencies.

80 comments for “Cherry-picking Toward War with Iran”