In the shadows, the U.S. special operations war on “terrorists” keeps on expanding around the globe, now reaching into Africa where few detectable American “interests” exist, writes Jonathan Marshall.

If national-security reporters are ever replaced by robots writing boilerplate stories, blame it on the fact that U.S. military policy has become so predictable and repetitive. 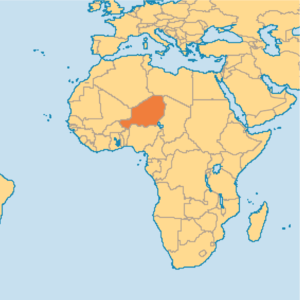 A map showing the African nation of Niger.

“The Central Intelligence Agency is building a secret air base in the Middle East to serve as a launching pad for strikes in Yemen using armed drones. . . . The construction of the base is a sign that the Obama administration is planning an extended war in Yemen against an affiliate of Al Qaeda. . . . The clandestine American operations in Yemen are currently being run by the military’s Joint Special Operations Command.”

Back then, the story could just as well have been set in South Asia, where Pakistan was also a major target of CIA and military drone strikes. Today it could apply, with only a few word changes, to new drone bases in Africa that target jihadists across the vast and thinly populated Sahel region.

As NBC recently reported, “The Trump administration is paving the way for lethal strikes against terrorists in Niger as the U.S. military pushes forward with a plan to arm the Reaper drones that fly over that country.”

That push was prompted by the recent killing of four Americans soldiers who were supporting a secret Joint Special Operations Command mission. NBC reported that their death “is fueling an urgency within the Trump administration to take more aggressive steps against the terrorist groups that are operating in North and West Africa, according to intelligence and military officials.”

It’s not clear whether the Trump administration even knows what terrorist groups to target. Numerous armed bands operate in the vast desert region, where ethnic and tribal disputes are rife.

Nor is it clear what critical U.S. interests are at stake. Take a look at a map of Africa and see if you can identify anything that most Americans would find worth fighting over within a one-thousand-mile radius of Niger.

Nonetheless, the Trump administration’s response is the latest predictable move in the action-reaction cycle we have seen so many times since 9/11: Washington sends troops to the Middle East, South Asia or Africa to wage war against terrorists. The terrorists kill some of the Americans, so Washington sends even more troops, drones and bombers. 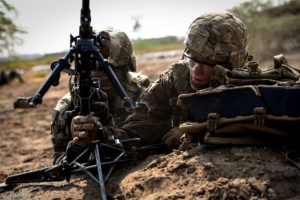 In the process, invariably, some civilians die. More terrorists are born. Soon the United States is building more far-flung bases and waging war in yet another country, without explicit congressional authorization.

As a military strategy, this bipartisan strategy has been a dismal failure. At a cost of several trillion dollars, U.S. military interventions in Afghanistan, Iraq and other countries have succeeded only in growing the numbers of terrorists and insurgents and widening their geographic footprint.

After one such attack with cluster munitions killed 35 women and children in 2009, Princeton University’s Gregory Johnsen called the Obama administration’s strategy “incredibly dangerous” because it would draw new support to radical jihadists — as indeed it did. Four years later, another U.S. attack wiped out a wedding procession, causing nationwide outrage.

Yet the Trump administration has dramatically increased the pace of drone strikes and other military operations in Yemen, including a botched raid in January that killed “scores of civilians” and one U.S. commando.

President Obama insisted in 2014 that the “strategy of taking out terrorists who threaten us, while supporting partners on the front lines, is one that we have successfully pursued in Yemen and Somalia for years.” 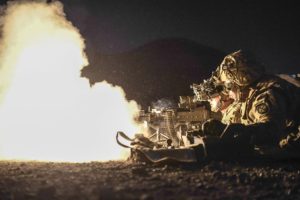 That rosy assessment would come as news not only to the people of Yemen, who have seen Al Qaeda thrive since the United States and Saudi Arabia expanded that country’s war, but also in Somalia. The East African country recently suffered the worst terror attack in its history — a truck bomb that killed more than 300 people in the center of Mogadishu.

That attack, according to news reports, may have avenged a “botched U.S.-led operation” against al-Shabaab insurgents in August, which killed ten civilians, including three children.

Few Americans are aware of the scope of U.S. military operations in Somalia, where Washington is fighting one of its many undeclared wars. American drone strikes may have killed as many as 510 people in the country since 2007, according to the Bureau of Investigative Journalism, which tracks death and injury reports.

In addition, the Pentagon has sharply increased the number of U.S. soldiers in the country, from 50 or so early this year to more than 400 today.

On March 30, President Trump declared Somalia an “area of active hostilities,” giving the Pentagon authority to conduct air strikes without interagency vetting to minimize civilian casualties. The decision was quickly followed by a wave of suicide attacks by al-Shabaab against Somali government forces.

The head of the U.S. Africa Command has called Somalia “our most perplexing challenge,” but Niger surely ranks high on the list. Its contingent of 800 U.S. soldiers is one of the largest of several dozen low-profile U.S. military deployments on the continent.

The proposed expansion of drone strikes to that nation “would amount to a significant escalation in American counterterrorism operations,” according to NBC. To date, drones flown by the United States out of a base in Niger have been used only in Libya and Somalia. The base was approved by the Obama administration in 2014 to target “emerging” terrorist threats in the Sahel.

Donald Trump, who long ago forgot his promise to pull back from costly military interventions abroad, is doubling down on Obama’s strategy. “The war is morphing,” said Trump’s close confidant Sen. Lindsey Graham, a senior Republican member of the Armed Services Committee. “You’re going to see more actions in Africa, not less.”

The United States already has hundreds of soldiers stationed in neighboring Cameroon, as well as the Democratic Republic of the Congo, Central African Republic, Uganda, South Sudan and other nations — some 6,000 troops in all of Africa.

Nick Turse, author of Tomorrow’s Battlefield: U.S. Proxy Wars and Secret Ops in Africa, reports that the U.S. military now conducts an average of nearly 3,500 missions per year on the continent, an “explosive” increase of 1,900 percent since the U.S. Africa Command was created in 2008.

Beware of a Backlash

“The huge increase in U.S. military missions in Africa over the past few years represents nothing less than a shadow war being waged on the continent,” said William Hartung, director of the Arms and Security Project at the Center for International Policy. 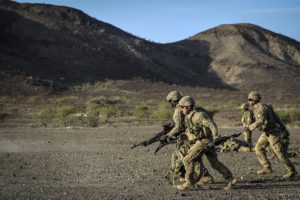 “This military-heavy policy,” Hartung warned, “risks drawing the United States more deeply into local and regional conflicts in Africa and generating a backlash that could actually aid terrorist organizations in their recruitment.”

“These findings throw into stark relief the question of how counter-terrorism and wider security functions of governments in at-risk environments conduct themselves with regard to human rights and due process,” concludes the report, based on interviews with more than 500 former members of militant organizations.

“State security-actor conduct is revealed as a prominent accelerator of recruitment, rather than the reverse. . . These findings suggest that a dramatic reappraisal of state security-focused interventions is urgently required.”

Numerous other experts have drawn similar conclusions from conflict zones in the Middle East and Asia. In 2008, a RAND Corporation report on Lessons for Countering al-Qa’ida warned the U.S. military to “resist being drawn into combat operations in Muslim societies, since its presence is likely to increase terrorist recruitment. . . . Military force usually has the opposite effect from what is intended: It is often overused, alienates the local population by its heavy-handed nature, and provides a window of opportunity for terrorist-group recruitment.”

Similarly, the Stimson Task Force on U.S. Drone Policy, composed of former senior officials of the CIA, Defense Department and State Department, warned in 2014 that U.S. strikes had strengthened radical Islamic groups in the Middle East, Africa and South Asia.

Among other drawbacks, it declared that “civilian casualties, even if relatively few, can anger whole communities, increase anti-US sentiment and become a potent recruiting tool for terrorist organizations. Even strikes that kill only terrorist operatives can cause great resentment, particularly in contexts in which terrorist recruiting e?orts rely on tribal loyalties or on an economically desperate population.”

These findings seem fully applicable to Niger, where “The growing foreign military footprint in the country appears to have fed a local backlash against both the government and Western countries,” according to the Congressional Research Service.

Since the killing of the U.S. soldiers, Niger authorities have made things worse, rounding up village leaders and ordering thousands of people to evacuate the area where the Americans were ambushed in order to escalate the war on local militants.

The outcome will, of course, be the exact opposite of what Washington intends. As University of Kent professor Yvan Guichaoua said, “Targeting these groups is the best way to make their leaders heroes, foster unity in jihadi ranks, and inflame communal violence. All policymakers working in the area know well the highly inflammable nature of the situation.”

Unfortunately, the Trump administration has almost no one “working in the area.” President Trump only got around to announcing his intent to nominate an ambassador to Niger on September 2. The administration has deployed only five ambassadors to a continent of 54 countries and has not yet appointed a senior policymaker for Africa in the State Department.

Africa is suffering from a host of maladies, including ineffectual and corrupt governance, severe climate change, crumbling infrastructure and technological backwardness — as well as civil wars and insurgencies. The United Nations just warned that the continent needs 11 million more doctors, nurses and teachers to prevent a “social and economic disaster” by 2030.

Trying to address these complex ailments through increased U.S. armed intervention will simply aggravate the problem, as it has in so many other parts of the world. That should be the real lesson we take from the tragic failure of the recent U.S. military mission in Niger, and from the broader tragedy of our post–9/11 response to terrorism abroad.

Jonathan Marshall, an independent journalist and scholar, is author or co-author of five books related to national security or international relations, including The Lebanese Connection: Corruption, Civil War, and the International Drug Traffic (Stanford University Press, 2012). [This article originally appeared at http://nationalinterest.org/feature/how-lose-special-operations-war-africa-23160 Reprinted with author’s permission.]

28 comments for “The Ever-Expanding ‘War on Terror’”