Exclusive: In pursuit of Russia-gate, the U.S. mainstream media embraces any attack on Russia and works to ensure that Americans don’t hear the other side of the story, as with the Magnitsky myth, reports Robert Parry.

As Russia-gate becomes the go-to excuse to marginalize and suppress independent and dissident media in the United States, a warning of what the future holds is the blacklisting of a documentary that debunks the so-called Magnitsky case. 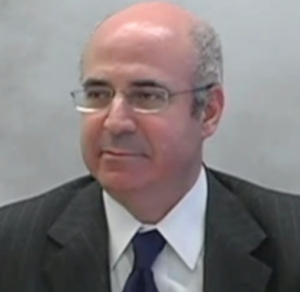 The emerging outlines of the broader suppression are now apparent in moves by major technology companies – under intense political pressure – to unleash algorithms that will hunt down what major media outlets and mainstream “fact-checkers” (with their own checkered histories of getting facts wrong) deem to be “false” and then stigmatize that information with pop-up “warnings” or simply make finding it difficult for readers using major search engines.

For those who believe in a meaningful democracy, those tactics may be troubling enough, but the Magnitsky case, an opening shot in the New Cold War with Russia, has demonstrated how aggressively the Western powers-that-be behave toward even well-reported investigative projects that unearth inconvenient truth.

Throughout the U.S. and Europe, there has been determined effort to prevent the American and European publics from seeing this detailed documentary that dissects the fraudulent claims at the heart of the Magnitsky story.

The documentary – “The Magnitsky Act: Behind the Scenes” – was produced by filmmaker Andrei Nekrasov, who is known as a fierce critic of Russian President Vladimir Putin but who in this instance found the West’s widely accepted, anti-Russian Magnitsky storyline to be a lie.

However, instead of welcoming Nekrasov’s discoveries as an important part of the debate over the West’s policies toward Russia, the European Parliament pulled the plug on a premiere in Brussels and – except for a one-time showing at the Newseum in Washington – very few Americans have been allowed to see the documentary.

Instead, we’re fed a steady diet of the frothy myth whipped up by hedge-fund investor William Browder and sold to the U.S. and European governments as the basis for sanctioning Russian officials. For years now, Browder has been given a free hand to spin his dog-ate-my-homework explanation about how some of his firms got involved a $230 million tax fraud in Russia.

Browder insists that some “corrupt” Russian police officers stole his companies’ corporate seals and masterminded a convoluted conspiracy. But why anyone would trust a hedge-fund operator who got rich exploiting Russia’s loose business standards is hard to comprehend.

The answer is that Browder has used his money and political influence to scare off and silence anyone who dares point to the glaring contradictions and logical gaps in his elaborate confection.

So, the hedge-fund guy who renounced his U.S. citizenship in favor of a British passport gets the royal treatment whenever he runs to Congress. His narrative just fits so neatly into the demonization of Russia and the frenzy over stopping “Russian propaganda and disinformation” by whatever means necessary.

This summer, Browder testified before the Senate Judiciary Committee and argued that people involved in arranging the one-time showing of Nekrasov’s documentary should be prosecuted for violating the Foreign Agent Registration Act (FARA), which carries a five-year prison term.

Meanwhile, the U.S. mainstream media helps reinforce Browder’s dubious tale by smearing anyone who dares question it as a “Moscow stooge” or a “useful idiot.”

The Magnitsky controversy now has merged with the Russia-gate affair because Russian lawyer Natalia Veselnitskaya, who traveled to America to challenge Browder’s account, arranged a meeting with Donald Trump Jr. and other Trump campaign advisers in June 2016 to present this other side of the story.

Though nothing apparently came from that meeting, The New York Times, which always treats Browder’s account as flat fact, led its Saturday editions with a breathless story entitled, “A Kremlin Link to a Memo Taken to Trump Tower,” citing similarities between Veselnitskaya’s memo on the Magnitsky case and an account prepared by “one of Russia’s most powerful officials, the prosecutor general Yuri Y. Chaika.” Cue the spooky music as the Times challenges Veselnitskaya’s honesty.

Yet, the Times article bows to Browder as the ultimate truth-teller, including repetition of his assertion that Sergei Magnitsky was a whistleblowing “tax lawyer,” rather than one of Browder’s accountants implicated in the tax fraud.

While Magnitsky’s profession may seem like a small detail, it gets to the heart of the mainstream media’s acceptance of Browder’s depiction of Magnitsky – as a crusading lawyer who died of medical neglect in a Russian prison – despite overwhelming evidence that Magnitsky was really a clever accountant caught up in the scheme.

The “lawyer” falsehood – so eagerly swallowed by the Times and other mainstream outlets – also bears on Browder’s overall credibility: If he is lying about Magnitsky’s profession, why should anyone believe his other self-serving claims?

As investigative reporter Lucy Komisar noted in a recent article on the case, Browder offered a different description when he testified under oath in a New York court deposition in a related federal civil case.

Yet, the Times and the rest of the mainstream media accept that Magnitsky was a “lawyer,” all the better to mislead the American public regarding his alleged role as a whistleblower.

The rest of Browder’s story stretches credulity even more as he offers a convoluted explanation of how he wasn’t responsible for bogus claims made by his companies to fraudulently sneak away with $230 million in refunded taxes.

Rather than show any skepticism toward this smarmy hedge-fund operator and his claims of victimhood, the U.S. Congress and mainstream media just take him at his word because, of course, his story fits the ever-present “Russia bad” narrative.

Plus, these influential people have repeated the falsehoods so often and suppressed contrary evidence with such arrogance that they apparently feel that they get to define reality, which – in many ways – is what they want to do in the future by exploiting the Russia-gate hysteria to restore their undisputed role as the “gatekeepers” on “approved” information.

Which is why Americans and Europeans should demand the right to see the Nekrasov documentary and make their own judgments, possibly with Browder given a chance after the show to rebut the overwhelming evidence of his deceptions.

Instead, Browder has used his wealth and connections to make sure that almost no one gets to see the deconstruction of his fable. And The New York Times is okay with that.

[For details on the Nekrasov documentary, see Consortiumnews.com’s “A Blacklisted Film and the New Cold War.”]

61 comments for “Guardians of the Magnitsky Myth”