President Trump shocked the political world and his own “base” when he struck a budget deal with Democrats to get emergency funding for Hurricane Harvey victims, reports ex-British diplomat Alastair Crooke.

Last week, President Trump threw a grenade into the U.S. political structure. Political fragments now lie scattered on the ground around Washington. The final outcome of this lightening act by Trump may take time to fully assess, but for sure, for the coming months (and probably until the U.S. mid-term elections are over), uncertainty will reign, and foreign policy will not find it easy to shoulder its way into anyone senior’s attention. 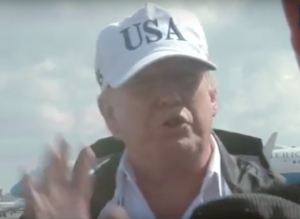 One Democratic source described the lightening-like flash of events in the Oval Office: “The sequence was GOP pushing for 18-month debt [limit increase], then 12, then 6, then Trump cutting them off and agreeing with us on 3 … The Oval Office spins fast in Trump’s White House.”

Of course, the key question is: was this “a seat of the pants whimsical punt,” or is there a wider strategy in play here? Just to be clear, what Trump did – in a trice – was this:

First, Trump supported providing $8 billion in emergency funding for Hurricane Harvey relief, without acceding to the conservative Republican demand that it be linked directly to offsetting spending cuts.

Second, he agreed to combine the Harvey relief with raising the debt ceiling, and thus cut across the Republican Freedom Caucus – the Tea Party constituency which contributed so directly to Trump’s election, and who had insisted that the two issues be voted separately.

Third, Trump sided with the congressional Democratic leadership over the Republican leadership, by conceding that the debt ceiling increase only be for three months.

Fourth, Trump apparently agreed to a three-month continuing resolution. (In the event that Congress fails to pass legislation to fund the government before a new fiscal year begins on Oct. 1, the House can pass legislation to keep certain specified federal operations functioning at current spending levels. That legislation is called a Continuing Resolution (CR). This is what Democratic leaders, Rep. Nancy Pelosi of California and Sen. Chuck Schumer of New York, wanted, and got — without the GOP receiving a jot in return.

Finally, Trump later speculated that it might be possible to do away with the debt ceiling completely.

Why the debt ceiling is so crucial is that when an annual U.S. budget is set, it is not a simple exercise of matching expenditure and revenue because most Federal expenditure is automatic expenditure, deriving from past legislation (some, dating back decades), and which increases inexorably from its built-in automaticity. Without a debt ceiling, total U.S. debt levels effectively are uncontrolled, and their momentum is inexorably upwards – and upwards today at an accelerating pace.

Well, the establishment Republican leaders were incensed by Trump’s deal with the Democrats. One GOP insider conceded to Axios: “We can’t overstate the level of despair among Republicans.”

And, furthermore, virtually all of the Freedom Caucus (core Trump supporters) voted against the Trump-Schumer-Pelosi “kick-the-can” ploy, as did 90 of the 150 members of the larger Republican Study Group. In short, neither the GOP leadership nor the “base” is happy – albeit viewing the situation from very differing ends of the GOP spectrum.

But from another perspective, while the Republican anguish is understandable — as well as their justified complaints at having lost their negotiating “cards” to the Democrats in the coming debt ceiling and budget negotiations – the raw truth is that the Republican leadership has proved incapable of any legislative action – mired, as they are in factional fights and schisms.

In other words, the two-party system in the U.S. has reached a point at which it is incapacitated. It just cannot legislate effectively – or, equally – deal with the ballooning fiscal deficit, in any meaningful way. This constitutes a major impediment for any President hoping to jump-start change. Perhaps it was in this light that President Trump decided to opt for sudden bipartisanship with the Democrats?

But will the grenade tossed into his own party’s midst achieve his agenda – radical, reflationary tax legislation? David Stockman has long argued that there is no possible GOP majority for a FY 2018 budget resolution that adds trillions of dollars to Trump’s defense, border control, veterans, and infrastructure build-ups, plus unfunded tax cuts. And which comes in addition to the $10 trillion to $12 trillion of new debt that is already built in to government expenditure through to 2027.

Stockman is likely right. And he is likely right too, that the bottom line is that the only tax bill which can pass by year-end is one that would be dictated by Democrats – Schumer and Pelosi – in return for the next kick-the-can extension of the debt ceiling and CR (continuing resolution) for the current fiscal year. Republicans therefore will likely be entering the mid-term elections naked – with nothing of any substance to show voters. Thus, the GOP fears a blood-letting.

So what is going on? Trump seems almost to be inviting a debt crisis, and possibly, a substantial market sell-off too. This paradox brings us face-to-face with the biggest lacuna in understanding Trump: He has been absolutely consistent since 2000 in warning of a coming U.S. financial crisis (“whomsoever be the U.S. President”). During the presidential election campaign, he spoke of “big ugly bubbles”; he warned that the coming financial crisis would be worse – much worse – than the Great Financial Crisis of 2008. 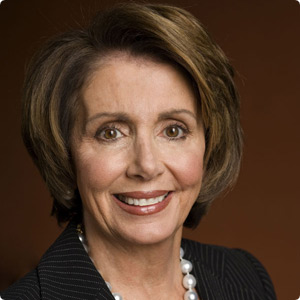 He has, in short, been uncharacteristically consistent. But in the campaign, as candidate, while repeatedly warning of financial crisis, he said nothing about how he would deal with it. In one rally, he repeated this stark warning of imminent crisis, adding however that voters should not worry: We will manage it. We will “balance it out.”

More than being merely insouciant about throwing around grenades that will make his FY 2018 budget virtually impossible to achieve (so far, the full House has so far failed to even debate a FY 2018 budget resolution), Trump seems rather, to relish his guerrilla action. More than that, in managing an economy heading toward crisis (in his own estimation), Trump has deliberately surrounded himself with Goldman Sachs financial advisers – which seems somewhat akin to asking a pastry chef to advise on how to lose weight.

Is Trump thinking of using the financial crisis – which he himself has prophesied – as a form of economic catharsis? As shock therapy – in the Naomi Klein vein? That is one possibility. Although Trump has never suggested it, Steve Bannon has been quite clear (before joining Trump’s team) that his main political target – for dismantling – was the Republican Party itself. The Democrats were to be defeated – certainly – but the Republicans were the main enemy, in bed with corporate oligarchs, Bannon complained.

Is Trump’s strategy then, lavishly to promise his base, and then blame the Congressional “establishment” for failing to make the promises materialize – and then use the ensuing crisis, as shock therapy for re-constituting the Republican Party?

Just a month or so, after apparently being ousted from his post at the White House, the Washington Post writes Steve Bannon is back on the warpath:

“Recent reports revealed that the former Trump whisperer and ultranationalist ideologue is spearheading an effort to support a slate of primary challenges against sitting Republicans seemingly opposed to his agenda.

“’The anti-incumbent effort could dramatically reshape the 2018 primary landscape if it materializes,’ noted Politico. ‘It would pit a group of pro-Trump primary challengers against sitting lawmakers, who are perceived as more mainstream.’

“Then, in an interview with CBS’s 60 Minutes on Sunday evening, Bannon railed against the party leadership, which he thinks has stymied Trump’s campaign promises and failed to push through key legislation, including the repeal of Obamacare, that the White House seeks.

“’The Republican establishment is trying to nullify the 2016 election,’ said Bannon from his Washington townhouse, which doubles as an office for the far-right Breitbart website. ‘They do not want Donald Trump’s populist, economic nationalist agenda to be implemented. … It’s as obvious as night follows day. …’

“Bannon, who once described Trump as ‘a blunt instrument’ for his agenda, sees a very different political future for the United States. ‘The only question before us: Is it going to be a left-wing populism or a right-wing populism,’ he told CBS. ‘And that is the question that will be answered in 2020.’”

So, is it inside-out politics that is taking place here? Has Trump put his closest lieutenants on the outside, while bringing the establishment generals (who made him eat his hat on Afghanistan), and the Goldmanite icons of Wall Street “sharper” on the inside, so that they will carry the blame, and become the sacrifice to the shock therapy “gods” when the time comes to remake the Republican Party in the Trump image? Perhaps François Macron’s rout of the French conventional political parties, and the making of a “virtual” third party – recruited over the internet – has had its influence here?

Or, maybe, Trump just acted on a whim, and views debt as “a good thing”: plentiful and cheap debt, after all, is what floated him to billionairedom. He was before becoming President, a liberal New York businessman, with all the flexibility that that implies — if the Republicans cannot “deliver,” you do a deal with the Democrats.

As with all things, it is good to know when to stop (where the boundaries are) – and trying to trade the Deferred Action for Childhood Arrivals (DACA) program, for a Mexican “wall” – in name only – may prove to have been a deal “too far.”

“Staunch conservative allies of President Trump have erupted in anger and incredulity after Democrats late Wednesday announced that the president had agreed to pursue a legislative deal that would protect thousands of young undocumented immigrants from deportation but not secure Trump’s signature campaign promise: building a massive wall along the U.S.-Mexico border.

“Nearing midnight and into Thursday, social media accounts came alive as elected officials and activists on the right dashed off tweets and posts to share their shock.

“And in between those posts, there was a flurry of fuming calls and text messages — a blaring political fire alarm among Trump’s die-hard supporters.

“Rep. Steve King (R-Iowa), one of the GOP’s biggest immigration hawks, issued a dramatic warning to the president after he scrolled through news reports.

“’If AP is correct, Trump base is blown up, destroyed, irreparable, and disillusioned beyond repair,’ King tweeted, referencing an Associated Press story on the bipartisan agreement.

He added, ‘No promise is credible’…

“Conservative polemicist Ann Coulter, who wrote a book titled ‘In Trump We Trust’, did not buy the president’s explanation.

“’At this point, who DOESN’T want Trump impeached?’ Coulter tweeted on Thursday morning.”

What is coming, it seems, is not the promised tax bill, mid-wifed into existence by the Democrats, but the political conflagration that Bannon precisely forecasts: between the populist right and the populist left.  Both sides to this conflict are determined to seize America for themselves, but may end by despoiling America (and its economy) in the process.  What the DACA episode shows is the latent, angry radicalism to Trump’s base. The gloves seem to be coming off.

What does this mean for foreign policy? It means no overall direction to anything: sometimes contradictory policies will continue on autopilot – some on autopilot settings punched in during the last administration, as well as others conceived but not gestated by the (already conflicted) Trump administration.  Foreign policy largely will be ignored (apart from North Korea), as Americans become immersed in the coming internal conflict – until some foreign policy event blows up, and lands on the Washington door-step.

Alastair Crooke is a former British diplomat who was a senior figure in British intelligence and in European Union diplomacy. He is the founder and director of the Conflicts Forum. (Copyright Conflicts Forum ­- not to be reprinted, reproduced or re-circulated without prior permission. Please contact CF with any queries.)