A bitter irony of modern life is just when computers and robots should give people more time for creativity and relaxation, the opposite is often the case for many, a continued life of drudgery, as Lawrence Davidson observes.

We have just celebrated Labor Day weekend (September 2, 3, 4) in the United States, the very heartland of capitalism. Apropos of the holiday, I happened to have run across a July 2016 survey with the original paradoxical title, “Job Satisfaction Hits a 10-Year High – But It’s Still Below 50%.” 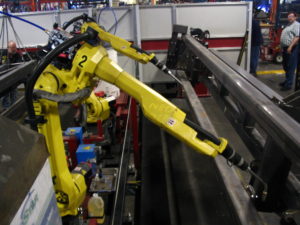 A robotic welder in a factory.

What the survey reports is that “just under half (49.6%) of U.S. workers surveyed reported they are satisfied with their jobs.” These are workers in “traditional jobs,” which are typically eight-hour-a-day employment at conventional job sites. The report then compares this “just under half” rate to the reported job satisfaction of “independent” workers – those self-employed or working in an autonomous or semi-autonomous way. The reported satisfaction level of these “independent” workers was 65 percent.

The first number is downright depressing and the second is not very impressive. Also, consider what the report attributed the improvement (compared to say, 40 percent satisfaction in 2010 for traditional jobs) of the low satisfaction numbers to: “a decline in layoffs, stronger wage growth and expanding job opportunities [expanding labor market].” None of these factors addresses what ought to be one of the major, and obvious, goals of work – the fulfillment, as far as possible, of individual human potential. Or, to state it another way, providing avenues for the individual to “be all he or she can be.”

The conventional definition of an economy is a system of “production, distribution and consumption of goods and services.” Historically, this definition of the way human beings produce and apportion both the necessities and accessories of life has proven incomplete, because it makes no reference to the psychological human need for being creative through labor.

This psychological need for realizing one’s potential in this fashion might not have been satisfiable as long as economies were operating in a subsistence environment. Later, when the division of labor became elaborated, this sort of satisfaction probably became possible for a select few. However, in a post-industrial economy the ability to realize, as far as possible, human potential through economic activity should take a big leap. What is required is a government’s will to regulate the use of surplus capital toward this end, along with an educational system that prioritizes this goal.

This is not just pie-in-the-sky idealism. We are talking about a part of the human psyche that demands attention.

Consider the American psychologist Abraham Maslow’s hierarchy of needs. Maslow lists five categories of human needs: Starting with (1) those most basic to survival. These are physiological needs, such as food and shelter. Next come (2) safety needs. These are followed by (3 and 4) two levels of social needs: first the need for family, friends, and a sense of belonging, and then the need to achieve self-esteem in the form of recognition for one’s achievements and respect from one’s fellows. 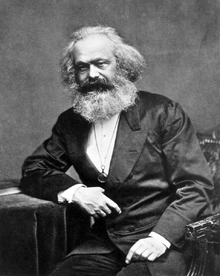 Finally Maslow posits what he considers the highest human need: (5) that for self-actualization, or the ability to be creative and fully utilize the talent inherent in one’s abilities.

If you want to know what economies (and governments too) are really for, it is to facilitate the fulfillment of all these needs – including the highest one. That is, to help citizens “be all they can be.”

Socialist economists have shown some insight into this requirement, and of course, Karl Marx clearly laid out the state of alienation that capitalism brings about by estranging the worker from the product of his or her own labor.

Nonetheless, there has not yet been a post-industrial national economy (including so-called socialist ones) that has prioritized or, for that matter, even recognized self-actualization as a goal of economic policy. Because such an effort has never been part of our official political and economic policy making, it is difficult for all people, including those in the U.S. celebrating Labor Day, to think of satisfying this need through the activity – the labor – that takes up most of their waking hours.

And here is a piece of consequential irony that this blindness to the humanizing potential of labor has left us with. According to the advertising agents working diligently to convince us all that we live in the best of possible worlds, the best place for youth to fulfill their potential is (no gagging please) in the military. Thus, the slogan “be all you can be” has been turned into a recruiting ad for the U.S. Army.

At this rate daily work will stay a stultifying trap for most, and dissatisfaction will continue to be taken for granted as a consequence of the need to labor. It is no wonder that here in the Twenty-first Century, one is driven back to the Eighteenth Century Enlightenment writer Voltaire for solace – for the message that we can as yet do little better than “tending our own gardens well.”

27 comments for “The Drudgery of Modern Work”