Exclusive: The U.S. mainstream media is touting a big break in Russia-gate, emails showing an effort by Donald Trump’s associates to construct a building in Moscow. But the evidence actually undercuts the “scandal,” reports Robert Parry.

There is an inherent danger of news organizations getting infected by “confirmation bias” when they want something to be true so badly that even if the evidence goes in the opposite direction they twist the revelation to fit their narrative. Such is how The Washington Post, The New York Times and their followers in the mainstream media are reacting to newly released emails that actually show Donald Trump’s team having little or no influence in Moscow. 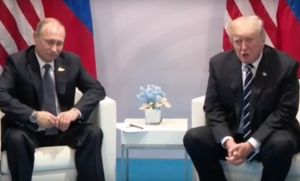 On Tuesday, for instance, the Times published a front-page article designed to advance the Russia-gate narrative, stating: “A business associate of President Trump promised in 2015 to engineer a real estate deal with the aid of the president of Russia, Vladimir V. Putin, that he said would help Mr. Trump win the presidency.”

Wow, that sounds pretty devastating! The Times is finally tying together the loose and scattered threads of the Russia-influencing-the-U.S.-election story. Here you have a supposed business deal in which Putin was to help Trump both make money and get elected. That is surely how a casual reader or a Russia-gate true believer would read it – and was meant to read it. But the lede is misleading.

The reality, as you would find out if you read further into the story, is that the boast from Felix Sater that somehow the construction of a Trump Tower in Moscow would demonstrate Trump’s international business prowess and thus help his election was meaningless. What the incident really shows is that the Trump organization had little or no pull in Russia as Putin’s government apparently didn’t lift a finger to salvage this stillborn building project.

But highlighting that reality would not serve the Times’ endless promotion of Russia-gate. So, this counter-evidence gets buried deep in the story, after a reprise of the “scandal” and the Times hyping the significance of Sater’s emails from 2015 and early 2016. For good measure, the Times includes a brief and dishonest summary of the Ukraine crisis.

The Times reported: “Mr. Sater, a Russian immigrant, said he had lined up financing for the Trump Tower deal with VTB Bank, a Russian bank that was under American sanctions for involvement in Moscow’s efforts to undermine democracy in Ukraine. In another email, Mr. Sater envisioned a ribbon-cutting ceremony in Moscow. ‘I will get Putin on this program and we will get Donald elected,’ Mr. Sater wrote.”

But the idea that Russia acted “to undermine democracy in Ukraine” is another example of the Times’ descent into outright propaganda. The reality is that the U.S. government supported – and indeed encouraged – a coup on Feb. 22, 2014, that overthrew the democratically elected Ukrainian President Viktor Yanukovych even after he offered to move up scheduled elections so he could be voted out of office through a democratic process.

After Yanukovych’s violent ouster and after the coup regime dispatched military forces to crush resistance among anti-coup, mostly ethnic Russian Ukrainians in the east, Russia provided help to prevent their destruction from an assault spearheaded by neo-Nazis and other extreme Ukrainian nationalists. But that reality would not fit the Times’ preferred Ukraine narrative, so it gets summarized as Moscow trying “to undermine democracy in Ukraine.”

However, leaving aside the Times’ propagandistic approach to Ukraine, there is this more immediate point about Russia-gate: none of Sater’s boastful claims proved true and this incident really underscored the lack of useful connections between Trump’s people and the Kremlin. One of Trump’s lawyers, Michael Cohen, even used a general press email address in a plea for assistance from Putin’s personal spokesman. 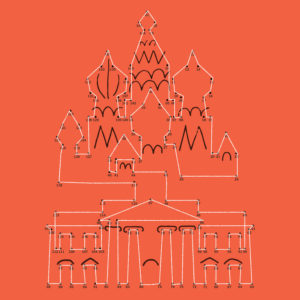 Deeper in the story, the Times admits these inconvenient facts: “There is no evidence in the emails that Mr. Sater delivered on his promises, and one email suggests that Mr. Sater overstated his Russian ties. In January 2016, Mr. Cohen wrote to Mr. Putin’s spokesman, Dmitri S. Peskov, asking for help restarting the Trump Tower project, which had stalled. But Mr. Sater did not appear to have Mr. Peskov’s direct email, and instead wrote to a general inbox for press inquiries.”

The Times added: “The project never got government permits or financing, and died weeks later. … The emails obtained by The Times make no mention of Russian efforts to damage Hillary Clinton’s campaign or the hacking of Democrats’ emails.”

In other words, the Russia-gate narrative – that somehow Putin foresaw Trump’s election (although almost no one else did) and sought to curry favor with the future U.S. president by lining Trump’s pockets with lucrative real estate deals while doing whatever he could to help Trump win – is knocked down by these new disclosures, not supported by them.

Instead of clearing the way for Trump to construct the building and thus – in Sater’s view – boost Trump’s election chances, Putin and his government wouldn’t even approve permits or assist in the financing.

And, this failed building project was not the first Trump proposal in Russia to fall apart. A couple of years earlier, a Moscow hotel plan died apparently because Trump would not – or could not – put up adequate financing for his share, overvaluing the magic of the Trump brand. But one would think that if the Kremlin were grooming Trump to be its Manchurian candidate and take over the U.S. government, money would have been no obstacle.

Along the same lines, there’s the relative pittance that RT paid Gen. Michael Flynn to speak at the TV network’s tenth anniversary in Moscow in December 2015. The amount totaled $45,386 with Flynn netting $33,750 after his speakers’ bureau took its cut. Democrats and the U.S. mainstream media treated this fact as important evidence of Russia buying influence in the Trump campaign and White House, since Flynn was both a campaign adviser and briefly national security adviser.

But the actual evidence suggests something quite different. Besides Flynn’s relatively modest speaking fee, it turned out that RT negotiated Flynn’s rate downward, a fact that The Washington Post buried deep inside an article on Flynn’s Russia-connected payments. The Post wrote, “RT balked at paying Flynn’s original asking price. ‘Sorry it took us longer to get back to you but the problem is that the speaking fee is a bit too high and exceeds our budget at the moment,’ Alina Mikhaleva, RT’s head of marketing, wrote a Flynn associate about a month before the event.”

Yet, if Putin were splurging to induce Americans near Trump to betray their country, it makes no sense that Putin’s supposed flunkies at RT would be quibbling with Flynn over a relatively modest speaking fee; they’d be falling over themselves to pay him more.

So, what the evidence really indicates is that Putin, like almost everybody else in the world, didn’t anticipate Trump’s ascendance to the White House, at least not in the time frame of these events – and thus was doing nothing to buy influence with his entourage or boost his election chances by helping him construct a glittering Trump Tower in Moscow.

But that recognition of reality would undermine the much beloved story of Putin-Trump collusion, so the key facts and the clear logic are downplayed or ignored – all the better to deceive Americans who are dependent on the Times, the Post and the mainstream media.

← Inflating the Russian Threat
Bias in Arizona’s Reaction to Immigrants →