Exclusive: Russia-bashing and innuendos about disloyal Americans were all the rage at Monday’s House Intelligence Committee hearing on alleged Russian “hacking” of the presidential election, but logic is often missing, says Robert Parry.

As Rep. Adam Schiff tries out for the lead role in a remake of the Joe McCarthy hearings by maligning specific Americans as suspected Russian moles, some of the actual evidence argues against the Democratic notion that the Russians own President Trump and other key Republicans.

The largest payment of $45,386 came for a speech and an appearance in Moscow in 2015 at the tenth anniversary dinner for RT, the international Russian TV network, with Flynn netting $33,750 after his speakers’ bureau took its cut. Democrats treated this revelation as important evidence about Russia buying influence in the Trump campaign and White House. But the actual evidence suggests something quite different.

Not only was the sum a relative trifle for a former senior U.S. government official compared to, say, the fees collected by Bill and Hillary Clinton, who often pulled in six to ten times more, especially for speeches to foreign audiences. (Former President Clinton received $500,000 for a Moscow speech from a Russian investment bank with ties to the Kremlin, The New York Times reported in 2015,)

Deep inside its article on Flynn’s Russia-connected payments, the Post wrote, “RT balked at paying Flynn’s original asking price. ‘Sorry it took us longer to get back to you but the problem is that the speaking fee is a bit too high and exceeds our budget at the moment,’ Alina Mikhaleva, RT’s head of marketing, wrote a Flynn associate about a month before the event.”

So, if you accept the Democrats’ narrative that Russian President Vladimir Putin is engaged in an all-out splurge to induce influential Americans to betray their country, how do you explain that his supposed flunkies at RT are quibbling with Flynn over a relatively modest speaking fee?

Wouldn’t you think that Putin would have told RT’s marketing department that the sky was the limit in paying off Flynn because the ever-prescient Russian president knew from his Ouija board in 2015 that Flynn would be the future national security adviser under President Trump?

After all, it’s become one of Official Washington’s favorite groupthinks that RT is nothing but a Russian propaganda front designed to destroy the faith that Americans have in their democratic process – as if the sleazy and shameful political campaigns financed with hundreds of millions of dollars from billionaires need any help from RT.

But RT-bashing is always in season. The Director of National Intelligence’s report on Jan. 6, with its evidence-free “assessments” that Russia was engaged in undermining American democracy included a seven-page appendix dating from 2012 that described how RT was contributing toward that goal by portraying “the US electoral process as undemocratic.”

The “proof” behind the DNI’s accusation included RT’s articles on “voting machine vulnerabilities” although virtually every major U.S. news organizations ran similar stories in that time frame. The DNI report also took RT to task for covering the Occupy Wall Street movement and for reporting on the environmental dangers from “fracking,” topics cited as further proof that the Russian government was using RT to weaken U.S. public support for Washington’s policies (although, again, these are topics of genuine public interest).

To further demonstrate how RT was carrying out the Kremlin’s goal of spoiling Americans’ faith in the U.S. democratic process, the DNI report noted that “RT broadcast, hosted and advertised third-party candidate debates.”

Apparently, the DNI’s point was that showing Americans that there are choices beyond the two major parties was somehow seditious. “The RT hosts asserted that the US two-party system does not represent the views of at least one-third of the population and is a ‘sham,’” the DNI’s report said.

Yet, polls have shown that large numbers of Americans would prefer more choices than the usual two candidates and, indeed, most Western democracies have multiple parties. But somehow RT’s suggestion that other voices should be heard constituted an assault on American democracy.

As for Flynn, the report on his finances showed that he also received payments of $11,250 from the U.S. subsidiary of Kaspersky Lab, a Russian cyber-security firm, and $11,250 from a U.S. air cargo company associated with the Volga-Dnepr Group, owned by a Russian businessman.

Rep. Elijah Cummings, D-Maryland, who was the chief defender of former Secretary of State Hillary Clinton when she was subjected to the Republicans’ over-the-top Benghazi investigations, switched positions in publicizing the news about Flynn’s post-government work related to Russia. Cummings was suddenly the accuser.

”I cannot recall any time in our nation’s history when the President selected as his National Security Advisor someone who violated the Constitution by accepting tens of thousands of dollars from an agent of a global adversary that attacked our democracy,” Cummings wrote in a letter to President Trump, Defense Secretary Jim Mattis and FBI Director James Comey.

Heating Up the New Cold War

Cummings thus became another Democrat pouring gasoline on the smoldering tensions between nuclear-armed Russia and the United States. For the Democrats, any dealing with any entity that had some connection to Russia is now prima facie evidence of disloyalty. 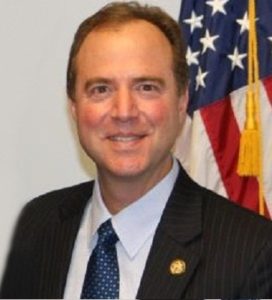 The context of these contacts has become almost irrelevant, subordinated to the larger goal of ousting Trump, whatever the cost, even transforming the Democratic Party into the party of the New Cold War and the New McCarthyism.

Yet, further undercutting the new certainty that Putin lined Trump’s pockets with rubles as a way to ensure his allegiance to the Kremlin is the story of Trump’s failed luxury hotel project intended to be built in Moscow several years ago.

A source familiar with those negotiations told me that Trump had hoped to get a half interest in the $2 billion project but that Russian-Israeli investor Mikhail Fridman, a founder of Russia’s Alfa Bank, balked because Trump was unwilling to commit a significant investment beyond the branding value of the Trump name.

Again, if the Democratic narrative is to be believed – that Putin controls all the businesses in Russia and wanted to pay off Trump – it’s hard to understand why the hotel deal fell through. Or, for that matter, why RT was nickel-and-diming Flynn.

The other problem with the Democratic narrative is that it always assumes that Putin could foretell that Trump would rise in 2016 to win the U.S. presidential election and thus there was value in corrupting Trump and his entourage with money and other favors.

The fact that almost no political pundit in the United States shared that prediction even last year would seem to demonstrate the kookiness of the Democratic assumptions and the flaws in the U.S. Intelligence Community’s “assessments” about alleged Russian “hacking” and distribution of Democratic emails.

Those “assessments” also assume that Putin’s motives were to hurt Hillary Clinton’s campaign, boost Trump and – as FBI Director Comey added on Monday – turn Americans against their democracy.

But there is a counter-argument to that thinking: Assuming that Putin read the polls like everyone else, would he risk infuriating the likely next President of the United States – Hillary Clinton – by embarrassing her with an email leak that would amount to a pinprick? Clinton herself blamed her surprise defeat on FBI Director Comey’s decision to briefly reopen the investigation into whether she endangered national security by using a private email server as Secretary of State.

Unless one assumes that Putin’s Ouija board also predicted Comey’s actions or perhaps that Comey is another Russian mole, wouldn’t it be a huge risk for Putin to anger Clinton without ensuring her defeat? There’s the old saying that “if you strike a king, you must kill him,” which would seem to apply equally to a queen. But logical thinking no longer applies to what’s going on in Official Washington.

154 comments for “The Missing Logic of Russia-gate”