The decades-old case of convicted police killer Mumia Abu-Jamal has always centered on whether the legal process was rigged against the black political activist, an argument that has new life, reports Dennis J Bernstein.

A potential new front has opened up in the fight to free Mumia Abu-Jamal, who was convicted of the 1981 murder of Philadelphia police officer Daniel Faulkner. Abu-Jamal has always maintained his innocence and has spent the last 30 plus years trying to prove it. 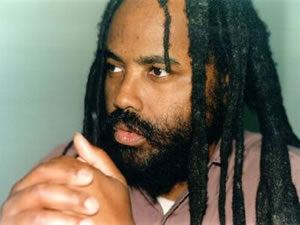 Along the way, there have been some victories. First he fought his way off Death Row. Then he fought a battle to get medical care that he was being denied, a situation that sent his health into a dangerous spiral. Now he and his lawyers are citing new information about possible judicial bias that could have a direct impact on the legitimacy of his murder conviction.

During his decades of imprisonment, Abu-Jamal has continued to practice the art of journalism, crafting well-researched columns on issues of racism, human rights — and doing it, first, from death row then from maximum security lock-down. Sometimes his columns, as Emily Dickinson used to say about a good poem, can take the top of your head off.

Tens of thousands of his supporters are charmed and moved by his Weekly Radio commentaries from prison. Many of his supporters assert that the former public radio reporter, and Black Panther Minister of Information (at 15), is a political prisoner, the victim of arguably one of the most corrupt police departments in the United States.

I spoke recently with Rachel Wolkenstein, an attorney for Mumia Abu-Jamal, about the latest development in this decades old case.

Dennis Bernstein: Set this up for us. We are hearing that new information has surfaced. We’d like to get a complete debriefing, but first please remind people briefly who Mumia Abu-Jamal is, in case they haven’t heard about this celebrated case.

Rachel Wolkenstein: Mumia Abu-Jamal is a political prisoner, a “class-war prisoner,” as I consider him. He is a former Black Panther member, a MOVE organization supporter, a radical journalist who was known as “the Voice of the Voiceless.” He was an award-winning radio journalist in Philadelphia in the late 1970s until his arrest on December 9, 1981 in connection with the murder of a police officer. This is a crime that Mumia did not commit and he has always maintained his innocence.

His case has always been racially biased and politically motivated. Mumia was framed by the Philadelphia police department and the prosecution, with help from the Attorney General’s office and the FBI, because he was so outspoken in his defense of the oppressed, particularly the politically oppressed, such as the MOVE organization at that time in Philadelphia. As a teenager he was communications director and journalist for the Black Panther Party. He was known throughout Philadelphia for his beautiful voice and his passionate social and political commentary.

DB: He was also known throughout Philadelphia by perhaps the most corrupt police department in the nation at that time, a police department and prosecutor’s office that were studied for their corruption and under federal investigation.

RW: That is correct. Frank Rizzo had been the police commissioner. Interestingly, many elements of the federal COINTELPRO program were actually based on things that Rizzo had done. He then became the mayor of Philadelphia and organized the raids on the Black Panthers when Mumia was a member and a spokesman for the Party. You are absolutely correct, the efforts to have him exterminated were very clearly orchestrated by the FBI.

One of the early things I worked on with my colleagues from the Partisan Defense Committee at that time was obtaining Mumia’s COINTELPRO records, which showed that they had a dossier on him when he was just 15 years old, in the late ‘sixties. There they said, in effect, despite his young years, he should be on the ADEX file (a list of who the FBI felt should be rounded up and put into concentration camps if there was any political turmoil in the country). They said Mumia belonged on that list because of his ability to speak out in advocacy.

Mumia went to Chicago to witness the murders that had been committed by the FBI and the Chicago police and to speak about what was happening. He was featured in a front-page story in the Philadelphia Inquirer, which described this young man who was speaking out in defense of the Panthers and against police brutality. The cops in Philadelphia knew who he was and they were tracking him.

When the MOVE commune was surrounded and attacked in 1978 and when, in the aftermath, Delbert Africa, a former Panther, was beaten on the street (in the first televised police beating in the country), Mumia again spoke in defense of the MOVE members and against the attack. He was also specifically targeted by Rizzo and by Edward Rendell [former Philadelphia District Attorney who oversaw Mumia’s prosecution], who I consider to be directly responsible for the frame-up of Mumia Abu-Jamal.

So there is a long history there of knowing who Mumia was, targeting him, trying to silence his voice and ultimately to murder him. What happened on the night of December 9, 1981 was that Mumia came across a police altercation in the street. He was driving a cab at that point because he had been drummed out of mainstream news reporting for his defense of the MOVE organization. In the midst of a purported shoot-out, a police officer named Daniel Faulkner was shot and killed. The chief inspector arrived on the scene, a guy named [Alfonzo] Giordano, who had been Rizzo’s right-hand man a few years earlier and who was also under investigation for corruption and being on the take.

Giordano knew very well who they had found on the street that night and he began the conscious frame-up of Mumia. They claimed that Mumia confessed that night, they said that Mumia’s gun was found on the scene and that it was the murder weapon. They brought forward two witnesses, one a prostitute who was actually doing tricks for the cops and working as an informant so she could do her work on the streets. The other witness was a cab driver who we later learned was coerced into testifying against Mumia.

I should say that I have been working with Mumia for thirty years now and I was involved in a major investigation during his post-trial hearings in Philadelphia from 1995 through 1999. There we brought out an enormous amount of concrete evidence of prosecutorial and police misconduct in the frame-up of Mumia for a crime he did not commit.

DB: Obviously, Mumia was someone who was way ahead of his time, taking on the issue of police violence long before most people had any sense of how systematic this was. So there is apparently new information, new evidence in the case. Tell us about that.

RW: Well, about a year ago, a very important case was decided by the United States Supreme Court. It involved the fact that one of the justices who became the Chief Justice of the Pennsylvania Supreme Court, Ronald Castille, had been the prosecutor in Philadelphia, following Rendell as the chief DA.

He had been a DA and ran on a law-and-order platform, and was endorsed and received major funding from the Fraternal Order of Police. Nonetheless, when he became a Philadelphia Supreme Court justice he sat and ruled on a number of cases, including Mumia’s case, despite requests for him to remove himself on grounds of bias and conflict of interest.

About a year ago, in a different case, after many attempts to get a ruling, it was found that it is a conflict of interest and a denial of a fair and impartial appeal process to allow a judge to sit who had previously been personally involved in a significant fashion in the earlier prosecution of the same case. Basically, it required all the appeals that that judge had sat on and that had been negatively decided against the defendant to be thrown out and to be able to start over again.

Based on this ruling, Mumia’s lawyers brought an action last August to challenge Mumia’s appeals, because Castille was the district attorney who was in charge of all the appeal issues on Mumia’s case at the time that dealt with his Black Panther membership, the rigging of the jury selection to keep blacks off the jury, and various other issues. In all significant issues of Mumia’s case, Castille was the person who argued the decisions should be upheld.

When Castille became a supreme court justice, he had already been the architect of all the DA’s support of Mumia’s conviction. During the period of my involvement in the case, and with all the challenges to Mumia’s conviction that began in 1995 and went on through 2008, Castille refused to removed himself from the case and instead ruled against Mumia in each of these cases. The argument is now being made that Castille violated the fundamental precept that as a prosecutor involved in the case he should never have sat as a judge.

So now Mumia’s case in court has finally gotten some arguments. The DA’s office tried to get it thrown out on grounds that it was brought too late and didn’t apply anymore. The judge ruled that it did in fact apply and that the case should go forward. Then it became an issue of the DA’s office being ordered to come forward with evidence that shows Castille’s involvement. They have been noncompliant with the order and recalcitrant in not providing real information, no record of his involvement in Mumia’s case.

This in spite of Castille’s statements in his supreme court run that he took personal involvement in these appeals, particularly appeals to the US Supreme Court. So Mumia filed another motion for the DA’s office to comply and search their records again and they came up with one paragraph saying, “Well, we had two people going through 31 boxes looking for this and that.” But there is no mention whether they went through Castille’s files as DA or his chief assistant’s files.

Also, one of the people at the DA who has been working on Mumia’s appeals since 1986 and has been in the courtroom through all these hearings during the ‘90’s was personally appointed by Castille to be in charge of the appeals division. He is actually arguing the case on behalf of the DA’s office now. He is still working on the case thirty years later. We have nothing indicating what role he played or any statement at all indicating whether he had any consultations with Castille regarding this case.

So they are stonewalling, they are concealing information. And it will continue to take a great deal of political pressure in the form of demonstrations and protests to make it clear to the DA’s office that we are demanding that they finally open up their files.

10 comments for “A New Angle in Abu-Jamal’s Case”