Exclusive: The youthful new French President Macron is getting rave press reviews, with little attention to his clampdown on public liberty under the guise of fighting terrorism, reports Jonathan Marshall.

French President Emmanuel Macron — the “great hope” of Europe — told French legislators a few days ago that he plans to extend his nation’s draconian and counterproductive state of emergency for a sixth time later this month — to give his government time to prepare a tough new anti-terrorism law to replace it. 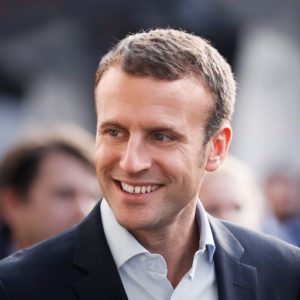 In a breathtaking display of doublespeak, Macron claimed that his plan will “re-establish the freedoms of the French people.” But enshrining into law the essence of France’s harsh anti-terrorism decrees will limit the nation’s hard-won liberties while doing nothing to curb police incompetence, which has repeatedly allowed known extremists to carry out their heinous acts.

Civil liberties and human rights groups have denounced Macron’s blueprint for augmenting the central government’s police powers. His draft law would give local representatives of the Interior Ministry the power to declare security zones, define who can enter or leave them, use electronic tags to restrict the movement of people considered a national security threat, close mosques and other centers of worship, and — with only limited judicial oversight — search private property.

“These measures would trample individual and shared liberties and would lead us toward an authoritarian state,” France’s League of Human Rights declared. “Far from relating only to terrorist acts, these measures would be applied to a wide range of offences. Anyone could become a victim of arbitrary decisions.”

“Under the cover of the state of emergency, rights to protest have been stripped away with hundreds of activists, environmentalists, and labor rights campaigners unjustifiably banned from participating in protests,” said Marco Perolini, Amnesty International’s researcher on France.

In the name of preventing “threats to public order,” the government over a period of 18 months issued 155 decrees banning protests, and 574 measures prohibiting specific individuals from taking part in protests against proposed labor law changes.

President Barack Obama, Secretary of State John Kerry and other heads of state and delegations, observe a minute of silence for the Paris attack victims on Nov. 30, 2015. (Official White House Photo by Pete Souza)

The latter statistic is particularly notable because Macron plans to issue sweeping decrees to limit the power of unions over working conditions and company firing policies. Such proposals have triggered mass demonstrations and violent clashes with police, in recent months.

The French government imposed its state of emergency — modeled after one instituted in 1955 during the Algerian war — after coordinated terrorist attacks in Paris on Nov. 13, 2015, killed 130 people and injured 368 more. Those attacks followed the January 2015 slaughter of 12 people at the Paris office of the satirical magazine Charlie Hebdo, and of four hostages at a kosher supermarket. The attacks were perpetrated by followers of ISIS and of al-Qaeda in Yemen.

A French parliamentary investigation last year found little evidence that either the state of emergency or the showy stationing of troops on Parisian streets did much to enhance France’s security. It concluded that the country’s fragmented and competing security agencies had suffered a “global failure” of communication and coordination.

As it happens, police were well aware of all three extremists who carried out the January 2015 massacres and of leaders of the November 2015 attacks, but lacked the manpower to keep them under permanent surveillance. Indeed, they traveled across Europe and to Yemen and North Africa with remarkable ease, despite official knowledge of their dangerous proclivities.

In the Guardian’s words, “Amedy Coulibaly, who killed four people in a siege at a kosher grocery store in January (2015) and shot dead a policewoman, was a known radical and repeat offender. While serving a prison sentence for his part in a plot to free another terrorist from jail, he had been flagged as radicalized. This information was not passed from prison services to intelligence agencies on his release.”

Recent French press revelations suggest an even worse breakdown of intelligence. It turns out that Coulibaly and two fellow Islamist radicals who committed the January 2015 attacks acquired their weapons, through an intermediary, from a right-wing police informant and former mercenary named Claude Hermant. He claims to have worked as an agent under the supervision of intelligence officers in the customs service and gendarmerie, a national military police force under the Ministry of Interior. 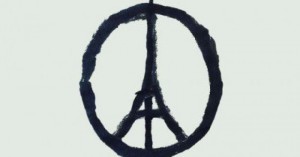 Information about Hermant’s role was suppressed in 2015 by the Interior Minister, who invoked a state secrets privilege. Hermant’s lawyer has filed a lawsuit to lift the ban on discussion of his client’s connection to the intelligence services. A French newspaper has also published explosive emails from a gendarme giving Hermant the “green light” to move cases of weapons, one of which apparently ended up in Islamist hands due to police incompetence.

History is replete with examples of police and intelligence services that allow agents to run amok, often because of inadequate supervision, occasionally for more sinister reasons. Serious investigators have asked whether the Boston Marathon bomber, Tamerlan Tsarnaev, might have been a federal informant. And there seems to be no question but that the al-Qaeda terrorist who led the 1998 Nairobi Embassy bombing and trained most of the organization’s top leadership — Ali Mohammed — was protected by the FBI and CIA.

Granting more powers to such agencies and shielding them from judicial review compounds the problem by preventing exposure and correction of their bureaucratic failures. Ordinary citizens and their liberties are best protected when law enforcement is subject to public review and criticism, not protected by official secrets acts and emergency decrees that cover up their incompetence, disorganization, or lack of resources. The people of America and France both should learn from their respective national failures that freedom is not won by repression.

50 comments for “Macron Cracks Down on French Liberty”