Modern America’s obsession with self and success has killed off what once was an honorable American archetype, the Common Man, who was the nation’s backbone for generations, writes Michael Brenner.

America’s Common Man exists no more – gone and forgotten. Once he was lauded as the salt of the earth – our country’s embodiment of what made us special, of what made the great democratic experiment successful, of what made of the United States the magnetic pole for the world’s masses. 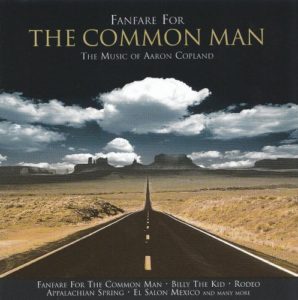 Politicians paid their rhetorical respects, poets exalted him in paeans of praise, Aaron Copland composed a “Fanfare for the Common Man” suite. It was an honorable term, an affective shorthand for the Working Man, the Artisan and the Shopkeeper, the clerk. All now passed from our language and from our consciousness. Instead, we are offered the “hard working middle class people who pay their taxes, obey the law and worry about their children’s future.” The linguistic dross of the hackneyed stump speech.

Loss of the Common Man is not due to progressive economic realities and a naturally evolving political culture. More educated Americans are caught in the grip of long-term stagnation than ever before, they have less likelihood of social mobility than ever before, more have every reasonable expectation that their children will be worse off than they are, more are politically marginalized by a party system that serves up a restricted menu of options which effectively disenfranchises 25 percent or so of voters.

The Common Man has lost the attention as well as the concern of the country’s elites. He has been marginalized in every respect but one – he is sovereign audience for a pop culture that provides a heady brew of distractions. In that realm of fantasy, he reigns supreme while the serious action which shapes his life takes place elsewhere.

Today, to call a person common is an insult, just as we have degraded the term working class. The connotations are heavily pejorative – they’re failures, they’re losers, they had the American Dream within reach but lacked the will and the spirit to grab it. It is natural, and just, that they should live out their lives on scant rations. It’s their own fault. This Victorian ethic grounded in Social Darwinism has now been restored as part of the national creed.

Fitted out in the post-modern fancy dress of market fundamentalist economics, Ayn Randish homilies of narcissistic egomania, and a parade of revivalist Christian sects that mix New Age Salvation with balm for anxious egos, this beggar-thy-neighbor ideology dominates our public discourse. It has put on the back foot those who still adhere to the enlightened humanism, which propelled progressive thinking and policy for a century. 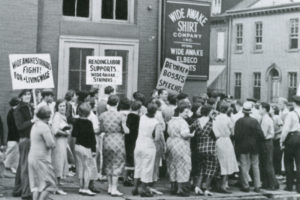 All this is no accident. Powerful interests have orchestrated a relentless campaign for more than 40 years to reconfigure American life in accord with their reactionary aims and principles. This is now obvious to anyone who cares to look. The key questions are: why have so few cared to look, and why the ease with which the crusade has won converts, fellow travelers and the acquiescence of the country’s elites.

The distressing truth of our times is that the Common Man has been abandoned by those elites – in politics, in government, in journalism, in professional associations, in academia. The most cursory monitoring of what they do and say – and, equally, what they don’t do and say – makes that manifestly clear. Personal acquaintance with those elites confirms it. It is a fair generalization that they care little, are preoccupied with their own careers and pastimes, possess only a feeble sense of social obligation, and are smugly complacent.

Money is the common denominator in all of this. But why? These are the people whose material well-being is best protected from the vagaries of a globalized economy, from the predations of big finance and big business. Yes, it is true that they are concerned about preserving their fine houses, sending their children to the top schools, having substantial nest eggs, and enjoying generous health care. Yes, avarice and moral courage are not compatible human traits.

However, none of their comforts is threatened by public policies that conform to the New Deal consensus which most of them at one time shared (or their parents shared). In objective terms, the greatest potential threat to their well-being lurks in the plutocratic structures that control our public affairs, the effects of gross and growing income mal-distribution, and the lurch toward mindless Rightest nostrums by both parties.

We should look elsewhere to explain the wholesale flight from responsibility by America’s elites. Social anthropology offers more insight than does a crude political-economic calculus. At the heart of the matter is status anxiety. 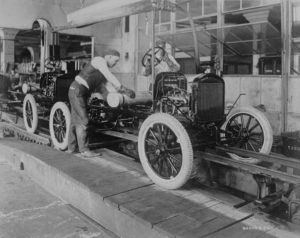 A worker in an automobile assembly plant.

All layers of society struggle with status deprivation or status insecurity. It is most acute among those whose education and ambition have made them ultra-sensitive to insignia of rank and marks of achievement. They can’t live happily without tangible signs of their having a place that honors their efforts and satisfies their pride.

Money is that tangible sign. It always has been in America where inherited class position never was wholly secure and easily uprooted by the winds of a constant social shuffling. Americans always have been consumed by an endless, open-ended status competition. That generates anxiety since there is never enough positive status to go around. Status is a finite commodity as most are destined to find out to their surprise and frustration. Nowadays, people who see themselves as uncommon winners can’t be bothered by the plight of the Common Man.

What has changed to make the contemporary American so anxiously self-absorbed when placed in historical context? Above all, there is the deepening of our narcissistic culture. We are now a society where growing numbers recognize no external communal standard to measure and appraise their conduct – or their worth. The collective superego is shriveled. The self is the only valid pole of reference. That self directs its attention with near exclusivity to its own wants and expectations.

It is almost as if the new categorical imperative is to think of oneself alone whenever and wherever possible. To give priority to any other claim on us is taken as unnatural, i.e. something that has to be justified rather than instinctive or ingrained. The Godfather’s self-serving plaint that “I did it for my family” is widely adopted as the all purpose excuse for selfish acts of malfeasance or non-commission which, in an earlier time, would be felt by many to be irresponsible – if not downright shameless. The axial precept “Let humanity be the ultimate measure of all that we do” was the gyroscope for the enlightened social humanism fostered during the second half of the Twentieth Century. It no longer balances and orients us.

Why then not betray a public trust when doing so (seemingly) advances my political ambitions? Why level with a distressed populace when “America is back!” strikes such a sonorous upbeat note? Why not defer to the latest doomed escalation abroad dear to an incoming President when skepticism endangers funding, access and visibility? Why not avoid critical columns that expose a naked untruth when the entire political class in going along with the convenient myth that Social Security is part of the Treasury’s budget and a cause of the deficit?

Why not trade in my senior government post for a lavish corporate life style since notions of the collective good and of the public trust are subversive of the individual enterprise that makes this country great?; besides, there’s my family’s financial security to think about. Why irritate campaign contributors when pulling your punches supposedly means that your well-intentioned self can be kept in office for another two or six years?

Why not conceal from readers the knowledge of systematic civil liberties violations when not printing the truth may give you access to other truths more fit to print? Why call attention to yourself by teaching the untutored and uninformed of how twisted their nation’s public discourse has become? Why not be an accomplice to torture when doing so opens a spot at the Pentagon trough for the American Psychological Association? Why not hide your head in the sand to avoid the discomfort of resisting the assault on the law if you are an officer of a Bar Association? Why should a law school Dean or senior faculty stick his neck out when the Koch Bros are offering lush funding to establish Law & Economics programs that just happen to promote market fundamentalist principles?

These are the persons who will have to stand up front before the bar of History – because they knew better, should have known better, were expected to know better. …

If I have good reason to sublimate all this, why have I a duty to the Common Man – the ordinary citizen? My status, my rank, do not depend on it. My financial well-being does not dictate it. To pose the question this way is to anticipate the convenient answer.

Yet, we know one thing for certain: When the “common man” dies, the America that the world marveled at for 250 years dies with him.