A private investigator looking into last year’s murder of Seth Rich, an employee of the Democratic National Committee, has said that the victim’s computer shows he was in contact with WikiLeaks and may have leaked Democratic Party emails being blamed instead on Russia. 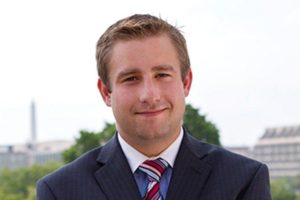 And an anonymous federal investigator has gone even further, reportedly telling Fox News that the slain employee sent WikiLeaks more than 40,000 emails and 17,000 attachments, which would suggest that Rich, not Russia, leaked the material to WikiLeaks.

Seth Rich was a 27-year old Voter Expansion Data Director for the Democratic Party when he was shot dead on a Washington street last July. Police said it was a robbery attempt, but Rich’s father said his wallet, money and credit cards were not taken.

Shortly after Rich’s murder, WikiLeaks posted a Tweet offering a $20,000 reward for information leading to the solution of the mystery of who killed Seth Rich. WikiLeaks’ interest in the case suggested that Rich might have been involved in the DNC email leak although WikiLeaks never reveals the sources who give it confidential information about governments and companies that WikiLeaks then publishes online.

Julian Assange, WikiLeaks founder and publisher, brought up Rich’s murder out of context in an interview with Dutch TV last August. “Whistle-blowers go to significant efforts to get us material and often very significant risks,” Assange said. “As a 27-year-old, works for the DNC, was shot in the back, murdered just a few weeks ago for unknown reasons as he was walking down the street in Washington.”

Pressed by the interviewer to say whether Rich was the source of the DNC emails, Assange said WikiLeaks never reveals its sources. Yet, it appeared to be an indirect way of naming Rich, while formally maintaining WikiLeak’s policy. An alternative view would be to believe that Assange is cynically using Rich’s death to divert the trail from the real source.

Further suggesting that WikiLeaks has a strong interest in the Seth Rich case, Assange on Tuesday morning retweeted the Fox5 News report citing the new developments in the murder mystery.

There also has been pushback against the Fox reports. NBC News cited a current FBI official and a former one denying that “an FBI analysis of a computer belonging to Rich contained thousands of e-mails to and from WikiLeaks. Local police in Washington, D.C., never even gave the FBI Rich’s laptop to analyze after his murder, according to the current FBI official. And a former law enforcement official with first-hand knowledge of Rich’s laptop said the claim was incorrect.”

Rich’s parents also have blasted the reports of their son’s possible involvement with WikiLeaks. “As we’ve seen through the past year of unsubstantiated claims, we see no facts, we have seen no evidence, we have been approached with no emails and only learned about this when contacted by the press,” said Rich’s family spokesman, Brad Bauman, who has worked as a Democratic Party public relations consultant.

However someone embarking on such a risky move as leaking thousands of emails purloined from his or her employer is unlikely to tell even family and friends. Edward Snowden, for instance, informed no one, including his longtime girlfriend, that he had leaked a trove of National Security Agency secrets to journalist Glenn Greenwald. 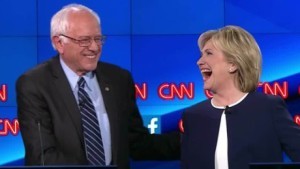 After the DNC emails were leaked, Clinton and other Democrats immediately blamed Russia for hacking their computers, but the DNC refused to allow the FBI to examine its computer servers to see who might have hacked in.

Instead the DNC turned to a private company, CrowdStrike, to investigate. The company – linked to the anti-Russian think tank, the Atlantic Council – concluded that Russia was behind the hack. The company said it was a sophisticated attack but also that the hackers sloppily left behind Cyrillic script and the name of the first Soviet chief of secret police – clues cited to pin the hack on Russia.

Russia and WikiLeaks have both denied that Russia was the source of the leaked emails.

William Binney, arguably one of the best mathematicians ever to work at the National Security Agency, and former CIA officer Ray McGovern, have argued that the emails must have come from a leak because a hack would be traceable by the NSA.

More speculation about the alleged election hack was raised after WikiLeaks’ “Vault 7” release, which revealed that the CIA is not beyond covering up its own hacks by leaving clues implicating others.

After Trump’s election victory, President Obama’s intelligence agencies also pinned the blame for the DNC and other Democratic-connected leaks on Russia and depicted the leaks as part of a Russian government scheme to hurt the Clinton campaign and thus boost Donald Trump.

But the Jan. 6 report by selected analysts at the FBI, CIA and NSA – and released by Obama’s Director of National Intelligence James Clapper – offered no hard evidence of Russian guilt, merely intelligence “assessments.”

Now, the email mystery has taken a new turn. While the Seth Rich murder case remains unsolved, a private detective hired by an anonymous third party for Rich’s family has spoken out, saying there is evidence on Seth Rich’s computer indicating that he was in touch with WikiLeaks. 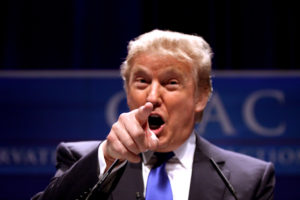 Rod Wheeler, a former D.C. homicide detective, also told the local Washington Fox TV affiliate on Monday night that a police source told him the detectives were ordered to back off the murder investigation, a claim that D.C. police denied. Fox later retracted its story.

Wheeler also raised questions about the relationship between the DNC and Democratic D.C. Mayor Muriel Browser, who could have control over the D.C. police investigation. Browser told The Daily Caller: “I don’t think I particularly talked to the DNC. They came in to talk to us. I was with [Rich’s family] and their discussions with us.” When she was asked about Wheeler’s assertion that the DC police were told to shut down the case, Browser said: “Certainly not. That’s preposterous.”

The DNC did not respond to questions put to its press office by Consortium News regarding whether Rich would have had legal access to the DNC emails. Rich was not included as a participant in any of the more than 40,000 emails given to WikiLeaks.

The FBI told the Washington Post it is a matter for the D.C. police. But Wheeler believes Rich’s computer may be in the custody of the FBI. It is not clear exactly what role, if any, the FBI has played in the Seth Rich murder case, an FBI that joined in the effort to blame Russia and was under the command of Director James Comey until he was fired by President Trump on May 9.

Through the Democratic Party-linked spokesman, Rich’s family said Wheeler was not authorized to speak for them. “The services of the private investigator who spoke to press was offered to the Rich family and paid for by a third party, and contractually was barred from speaking to press or anyone outside of law enforcement or the family unless explicitly authorized by the family,” Bauman said. The third party that Bauman says is paying Wheeler has not been positively identified.

Following Wheeler’s assertions to the local Fox station, an unnamed federal investigator reportedly told Fox network news that the FBI inspected Rich’s computer within 96 hours of his murder. The investigator told Fox he had read through the emails, which he claimed numbered 45,053 as well as 17,761 attachments. Such exact numbers appear to lend credibility to the claim, though it is not out of the question that they could have been fabricated to match the number of items believed given to WikiLeaks.

Joe Lauria is a veteran foreign-affairs journalist. He has written for the Boston Globe, the Sunday Times of London and the Wall Street Journal among other newspapers. He is the author of “How I Lost By Hillary Clinton” published by OR Books in June 2017. He can be reached at joelauria@gmail.com and followed on Twitter at @unjoe.

← The Existential Risk of Trusting ‘Intel’
The Fallacy of Demonizing Russia →