The crazy assailing of the Trump team’s contacts with Russian diplomats is demonizing the idea of cooperation and deepening risks of a dangerous arms race, says Jack Matlock, the last U.S. Ambassador to the Soviet Union. 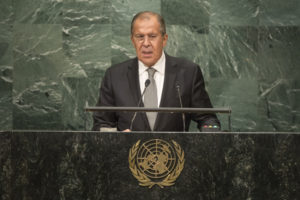 As one who spent a 35-year diplomatic career working to open up the Soviet Union and to make communication between our diplomats and ordinary citizens a normal practice, I find the attitude of much of our political establishment and of some of our once respected media outlets quite incomprehensible. What in the world is wrong with consulting a foreign embassy about ways to improve relations? Anyone who aspires to advise an American president should do just that.

Yesterday I received four rather curious questions from Mariana Rambaldi of Univision Digital. I reproduce below the questions and the answers I have given.

Question 1: Seeing the case of Michael Flynn, that has to resign after it emerged that he spoke with the Russian ambassador about sanctions against Russia before Trump took office, and now Jeff Sessions is in a similar situation. Why is so toxic to talk with Sergey Kislyak?

Answer: Ambassador Kislyak is a distinguished and very able diplomat. Anyone interested in improving relations with Russia and avoiding another nuclear arms race — which is a vital interest of the United States — should discuss current issues with him and members of his staff. To consider him “toxic” is ridiculous. I understand that Michael Flynn resigned because he failed to inform the vice president of the full content of his conversation. I have no idea why that happened, but see nothing wrong with his contact with Ambassador Kislyak so long as it was authorized by the president-elect. Certainly, Ambassador Kislyak did nothing wrong.

Question 2: According to your experience, are Russians ambassadors under the sight of the Russian intelligence or they work together?

Answer: This is a strange question. Intelligence operations are normal at most embassies in the world. In the case of the United States, ambassadors must be informed of intelligence operations within the countries to which they are accredited and can veto operations that they consider unwise or too risky, or contrary to policy.

In the Soviet Union, during the Cold War, Soviet ambassadors did not have direct control over intelligence operations. Those operations were controlled directly from Moscow. I do not know what Russian Federation procedures are today. Nevertheless, whether controlled by the ambassador or not, all members of an embassy or consulate work for their host government. During the Cold War, at least, we sometimes used Soviet intelligence officers to get messages direct to the Soviet leadership. For example, during the Cuban missile crisis, President Kennedy used a “channel” through the KGB resident in Washington to work out the understanding under which Soviet nuclear missiles were withdrawn from Cuba. 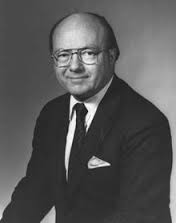 Question 3. How common (and ethic[al]) is that a person related with a presidential campaign in the US has contact with the Russian embassy?

Answer: Why are you singling out the Russian embassy? If you want to understand the policy of another country, you need to consult that country’s representatives. It is quite common for foreign diplomats to cultivate candidates and their staffs. That is part of their job.

If Americans plan to advise the president on policy issues, they would be wise to maintain contact with the foreign embassy in question to understand that country’s attitude toward the issues involved. Certainly, both Democrats and Republicans would contact Soviet Ambassador Dobrynin during the Cold War and discuss the issues with him.

As the person in charge of our embassy in Moscow during several political campaigns, I would often set up meetings of candidates and their staffs with Soviet officials. Such contacts are certainly ethical so long as they do not involve disclosure of classified information or attempts to negotiate specific issues. In fact, I would say that any person who presumes to advise an incoming president on vital policy issues needs to understand the approach of the country in question and therefore is remiss if he or she does not consult with the embassy in question.

Question 4: In a few words, What’s your point of view about Sessions-Kislyak case? Is possible that Sessions finally resigns?

Answer: I don’t know whether Attorney General Sessions will resign or not. It would seem that his recusal from any investigation on the subject would be adequate. He would not have been my candidate for attorney general and if I had been in the Senate I most likely would not have voted in favor of his confirmation. Nevertheless, I have no problem with the fact that he occasionally exchanged words with Ambassador Kislyak.

In fact, I believe it is wrong to assume that such conversations are somehow suspect. When I was ambassador to the USSR and Gorbachev finally allowed competitive elections, we in the U.S. embassy talked to everyone. I made a special point to keep personal relations with Boris Yeltsin when he in effect led the opposition. That was not to help get him elected (we favored Gorbachev), but to understand his tactics and policies and to make sure he understood ours.

The whole brou-ha-ha over contacts with Russian diplomats has taken on all the earmarks of a witch hunt. President Trump is right to make that charge. If there was any violation of U.S. law by any of his supporters — for example disclosure of classified information to unauthorized persons — then the Department of Justice should seek an indictment and if they obtain one, prosecute the case. Until then, there should be no public accusations.

Also, I have been taught that in a democracy with the rule of law, the accused are entitled to a presumption of innocence until convicted. But we have leaks that imply that any conversation with a Russian embassy official is suspect. That is the attitude of a police state, and leaking such allegations violates every normal rule regarding FBI investigations. President Trump is right to be upset, though it is not helpful for him to lash out at the media in general.

Finding a way to improve relations with Russia is in the vital interest of the United States. Nuclear weapons constitute an existential threat to our nation, and indeed to humanity. We are on the brink of another nuclear arms race, which would be not only dangerous in itself, but would make cooperation with Russia on many other important issues virtually impossible. Those who are trying to find a way to improve relations with Russia should be praised, not scapegoated.

Jack Matlock served as U.S. Ambassador to the Soviet Union from 1987 to 1991. [This commentary originally appeared at http://jackmatlock.com/2017/03/contacts-with-russian-embassy/]

41 comments for “Risks in Demonizing Diplomacy with Russia”