Exclusive: President Trump’s war on President Obama’s regulations may kill off rules to reduce leaks of the global-warming gas methane, a partisan scheme with grave consequences for Mar-a-Lago and the world, writes Jonathan Marshall.

There’s a reason – besides escaping the rising rancor of Washington – that it made sense for President Trump to hop on Air Force One and visit his Mar-a-Lago club in Palm Beach, Florida, three times during his first five weeks in office: he needs to enjoy it while he can. If global warming continues apace, in just 30 years, its ritzy grounds will be flooded most of the year due to rising sea levels, according to an analysis by Coastal Risk Consulting.

However, sticking to his “alternative facts,” Trump still insists that global warming is a hoax. Faced with the recent confirmation by government scientists that 2016 was the hottest year on record, following two previous record-breaking years, the Trump administration seeks to slash funding for the National Oceanic and Atmospheric Administration by 18 percent.

Besides shooting the messenger, the White House also aims to shoot down previously proposed solutions to the problem. Of particular note, Trump’s new leadership at the Environmental Protection Agency is working with conservatives in Congress to dismantle Obama-era programs to restrict methane (natural gas) emissions from oil and gas drilling operations across the country.

This policy reversal will have grave consequences. Methane is an exceptionally potent greenhouse gas, capable of trapping 84 times more heat than comparable quantities of carbon dioxide. Scientists now estimate that it accounts for as much as 25 percent of the Earth’s warming.

While global carbon dioxide emissions have leveled off over the past three years, methane emissions are soaring, according to an alarming study published in December in the journal Environmental Research Letters. Methane concentrations in the air grew about 20 times faster in 2014 and 2015 than they did in the early 2000s, jeopardizing international efforts to limit global warming to a manageable level.

The reasons aren’t yet clear, but human activities create about 60 percent of all methane emissions each year. The biggest sources are agriculture, including rice cultivation and cattle ranching, and industry, led by oil and gas drilling and pipeline operations. 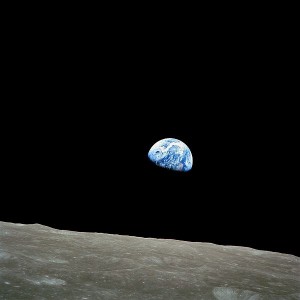 An international team of scientists, who evaluated some 400 potential measures for limiting greenhouse gas emissions, reported in Science magazine several years ago that reducing methane leakage from drilling and pipeline operations would be one of the most potent and cost-effective ways to fight global warming. They estimated that the benefits of curbing such emissions would exceed the cost by anywhere from $450 to several thousand dollars per metric ton.

Impressed by such findings, the United Nations sponsored the Oil & Gas Methane Partnership, a collaboration of governments and industry to help the environment by saving the tens of billions of dollars’ worth of natural gas wasted each year to leaks and intentional flaring.

In the United States, the Environmental Defense Fund (EDF) teamed with industry partners and academics to study the extent of gas leaks and to develop new technologies to detect them. The Obama White House endorsed these initiatives in a 2014 action plan to slash methane emissions from agriculture, landfills, coal mines, and the oil and gas sector.

What all of these initiatives have in common is the enthusiastic participation of large oil companies, gas utilities, and other companies — proving that fighting global warming doesn’t have to come at the expense of jobs or business.

I saw this first-hand while working several years ago at one of EDF’s leading industrial partners: San Francisco-based Pacific Gas and Electric Company. With 6,750 miles of gas transmission pipelines, 42,000 miles of smaller gas distribution pipelines, and more than four million customers, PG&E is one of the country’s largest gas utilities.

With roots in environmentally conscious Northern California, PG&E was a natural partner for EDF. More important, however, was the utility’s concern with stopping gas leaks that could pose a threat to public safety. In 2010, PG&E was responsible for one of the nation’s worst pipeline explosions, which killed eight people in the city of San Bruno.

This December, PG&E became the first energy company to pilot another new, low-cost laser detection technology developed for EDF’s Methane Detectors Challenge program by a San Francisco startup. Statoil, an international energy company, is testing another similar technology at one of its Texas production facilities.

As of 2014, an estimated 76 U.S. companies were manufacturing, selling and supporting methane control technologies in some 46 states. The number has surely soared since then, boosted by the energy industry’s growing realization that the 10 million metric tons of natural gas it loses every year represent $2 billion down the drain.

The Trump administration could support new jobs and energy savings by taking nascent methane-control programs to the next level and encouraging more partnerships between government, industry and environmentalists to curb greenhouse gas emissions. Instead, its knee-jerk rejection of anything connected to President Obama threatens to needlessly damage America’s economy along with the Earth’s environment for decades to come.

That’s a lose-lose proposition none of us can afford. And it could even prove disastrous to Trump’s pride and joy, Mar-a-Lago, although Trump — who would be 100 years old in 30 years — may not expect to live long enough to see his fancy club inundated by the sea.