A grave danger from the U.S.-Russian hostilities bubbling in Official Washington is that both sides have narratives asserting their complete innocence rather than seeing the two sides of the story, observes James W Carden.

The hysteria that has, for many months now, gripped our media and governing elites, as well as the Democratic Party’s chattering class, over Russia’s alleged interference in the U.S. election, has also begun to affect the Republic of Letters. Last Sunday’s New York Times Book Review featured a review of a new novel that begins with the declaration that “Russia once again poses a threat to American democracy.”

This gives us a sense of the environment that the new and struggling Trump administration must confront as it attempts to fashion its policy toward Russia, a daunting task, made even more so by the poisonous – or even what might accurately be described as a McCarthyite – atmosphere that currently envelops Washington.

So, where to begin? I think that in order to help point the direction in which the Trump administration should go, we ought to begin by performing a kind of autopsy on the Obama administration’s Russia policy to see what lessons we might draw from the mistakes that were made over the past eight years.

This, unavoidably, entails a discussion of the Obama “Reset” policy, and the U.S.-Russia Bilateral Presidential Commission, which oversaw the implementation of that policy at the inter-governmental working level. After what could fairly be described as a brief period of tangible achievements in 2009-2010 – during which time the U.S. and Russia signed the NEW START treaty and together formed 21 working groups focusing on issues as diverse as Space, Agriculture, Education, and Military Cooperation – things quickly foundered.

I would submit that one of the primary reasons things unraveled so quickly is that President Obama made a miscalculation by over-personalizing the relationship with his counterpart, Russian President Dmitry Medvedev and placed unrealistic hopes in someone who was essentially a placeholder president.

While it was obvious to many that that was exactly what Medvedev was, the Obama administration clung to the unrealistic (and in retrospect, baffling) hope that the U.S. could somehow convince then-Prime Minister Putin to stand aside and not run for election in 2012. Indeed, Vice President Biden went so far as to make the point explicit during an appearance at Moscow State University in 2011.

But to be fair, Obama was not the first U.S. president to substitute personality for policy: we can recall Bill Clinton’s courtship of Boris Yeltsin – and we recall how well that turned out. But in the context of the Obama years, it was particularly damaging because once you stripped away the personal chemistry between Obama and Medvedev, and as well-intentioned as the Reset policy was, it was largely small ball. Sponsoring “people to people” programs like high school sports exchanges are great and should be encouraged, but they don’t add enough ballast to balance and stabilize a great power relationship when things go off track.

And go off track they did: by mid-2011and early-2012 decisions made at the very top ensured the premature death of the Obama Reset: Obama’s nomination of democracy promotion/regime change theorist Michael McFaul as U.S. Ambassador, Putin’s decision to return to the Kremlin in 2012, the passage of the Magnitsky Act and the Russia’s retaliatory Dima Yakovlev Act foreshadowed even bigger conflicts to come: such as those in Ukraine and Syria.

One should note that the approach Obama took in fashioning a Reset was not exactly new. What animated the “Reset” policy – which, according to one its primary architects, was based on the old Reagan-Shultz policy of what was then called “de-linkage” that is, the U.S. would not explicitly link progress on areas like human rights to progress on issues like nuclear non-proliferation. 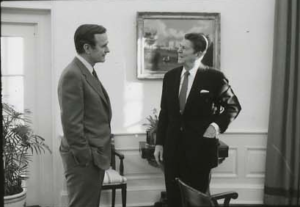 Obama’s rationale was similar to Reagan’s: Where we are in conflict with Russia, we will speak up – but where we find there are areas of cooperation – then we will move forward on those. In other words: progress in one area is not necessarily contingent on progress in other areas. As it turns out, this approach  – which worked rather well 30 years ago toward the end of the Cold War – worked rather less well under President Obama.

Part of the problem is that the world – and Russia in particular – had changed during the intervening three decades – and so a simple updating of the Reagan-Shultz formula proved to be inadequate to the challenges we face today. Another part of the problem is that during the intervening years between the end of the Cold War and the election of President Obama, successive U.S. governments began to distain pragmatism in favor of a pursuit of global liberal hegemony, by which I mean, the promotion of American-style democratic norms and social values came at the expense of the pragmatic engagement characteristic of the late-Reagan/George H.W. Bush era.

To put it plainly then: since the early 1990s, the mission to spread our values has come at the expense of our interests, at home and abroad. Consider the expansion of NATO, a project begun in the early-mid 1990s under the Clinton administration, where the U.S. mistook membership in – and the expansion of  – a military alliance for the advancement of liberal ideals. In creating an exclusionary rather than inclusionary European security architecture, we were inviting problems down the road, such as those that have bedeviled U.S.-Russian relations in recent years.

All of this is to say that we cannot simply address the problem of Russia in 2017 in isolation from the wider, expansionist and hegemonic trends of U.S. foreign policy of the last quarter century. Today, we too often begin the by now well-established narrative of Russian malfeasance and “revanchism” with its 2008 “invasion” of Georgia — or — in recent years, its “annexation” of Crimea and “invasion” of eastern Ukraine in 2014.

Yet the problem with the American version of the story is that it mistakes the middle of the story for the beginning. If we look carefully, and if we are honest with ourselves, the problems with Russia began in the 1990s with the Clinton policy of NATO expansion – problems which were further exacerbated by subsequent American interventions in Serbia and Kosovo, in Iraq, in Libya, and in Syria.

This is not to say Russia has not compounded the current tensions with provocations and missteps of its own. But worryingly, as during the first Cold War, we are in a situation where, as the Christian socialist theologian Reinhold Niebuhr observed in 1952, the U.S. and Russia are engaged in a struggle and – in his words – “are particularly innocent according to their own official myth and collective memory.” Propelled by best of intentions – the situation that obtains on the Continent is perhaps the most dangerous since the Berlin crisis of 1961.

What does this background mean for prospects for U.S.-Russia policy under President Trump? I would submit that the prospects for a kind of Detente 2.0 are really not very good. To begin with, we would have to address the underlying causes behind the seemingly never-ending problems in the U.S.-Russian relationship. 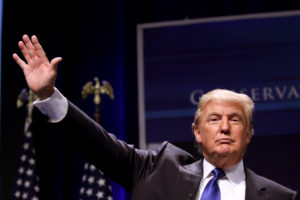 It seems to me that all (or most) of the problems stem from what are essentially irreconcilable approaches to international affairs; in an odd twist of history, since the fall of the Soviet Union, Russia’s foreign policy has become essentially Westphalian, while it is we Americans who have become the Trotskyite revolutionaries – in thrall to the ideal of waging a permanent “democratic” revolution on the rest of the world. As Americans, we should find this turn of events distressing.

Trump will also have to avoid the mistake of substituting personality for policy – as he seems to be doing with Putin. He will also have to make a definitive break with past thinking – he will have to follow through on his promise to pursue a policy which puts American interests first and in so doing face down Senators John McCain, Lindsey Graham, Ben Cardin and other Russia-paranoiacs (to say nothing of Kiev’s vast number of apologists in the Congress, media and think tanks) in order to break the war fever in Washington.

Yet – so far anyway – the administration has simply echoed the Obama administration’s talking points on Russia. Consider: Ambassador Nikki Haley’s maiden speech to the United Nations condemned Russia in terms no different in their ferocity from what we all had come to expect from Samantha Power, while, at his confirmation hearing to be Defense Secretary, General Jim Mattis claimed that Russia was a principal adversary of the United States.

On Capitol Hill, a bipartisan collection of senators has just introduced legislation to sanction Russia over its alleged interference in the U.S. election. Meanwhile, the Trump team’s obsession with Iran – threatens not only to derail any detente with Russia but may embroil us in yet another war in the greater Middle East.

The final reason I do not see cause for optimism is that frankly, it seems to be amateur hour at 1600 Pennsylvania Ave. Consider the Muslim immigration ban. Leave aside the grotesque motives behind it as well as the unconstitutional and dangerously counterproductive nature of the thing and, instead, simply consider its roll-out:

The very agencies which were tasked with carrying it out were left in the dark – no guidance was given – and a situation at the airports developed where customs officials were conducting ad hoc loyalty tests on green-card holders; children and elderly travelers where held in detention; and people who had valid visas were cruelly turned away and boarded on to flights out of the United States against their will. Whether Trump even read the text, widely assumed to be the handiwork of a hard-right advisers Steve Bannon and Stephen Miller, is something we still don’t know.

And so to conclude: It seems clear to me that the Trump administration is flying blind, and its national security team seems to be firmly in the grip of the bipartisan foreign policy consensus of the last 25 years. And while it is still very early on – I would submit that Trump’s first three weeks in office should be cause for grave concern, and that hopes for a detente with Russia are quite overblown.

James W Carden is a contributing writer for The Nation and editor of The American Committee for East-West Accord’s eastwestaccord.com. He previously served as an advisor on Russia to the Special Representative for Global Inter-governmental Affairs at the US State Department. [Adapted from a talk given at the inaugural meeting of the Simone Weil Center, Washington, DC on February 11, 2017.]

44 comments for “A Dangerous Hysteria on Russia”