Although the vast majority of Americans are descended from immigrants, the country goes on periodic rages against immigration for certain groups, now including President Trump’s partial ban on Muslims, reports Lawrence Davidson.

On April 21, 1938, President Franklin Roosevelt delivered a speech to a very conservative organization, the Daughters of the American Revolution (DAR). He told them to “remember, remember always that all of us, and you and I especially, are descended from immigrants and revolutionists.” 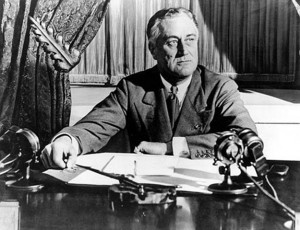 FDR’s message confused and irritated his audience. On the one hand their descending from America’s original European immigrants was the source of the DAR ladies’ pride and status. On the other hand, they saw most of the immigrants that came after their own ancestors as rabble.

Despite the lack of logic, the attitude of the DAR ladies toward immigrants was typical of most American citizens throughout a good part of the Nineteenth and Twentieth centuries. A consistent, if inaccurate, link was made between labor strife, political radicalism, crime and immigration. Many elected and appointed officials were just as wrapped up in this mindset as everyone else, and so the animus often found expression in the policies of the federal and state governments. The result was not only restrictive immigration laws, most often based on geographic origins, but also periodic deportations – not all of them legal.

Not many of today’s Americans know this history. They do not realize that some of the feared immigrants managed to stay in the U.S. and become their own progenitors. The children of these “aliens” learned English and American ways, intermarried with the offspring of other immigrants, and settled down. Their grandchildren and great-grandchildren are as authentically American as members of the DAR, and thus they too can now get anxious and fearful over the present controversial round of alleged dangerous immigration. 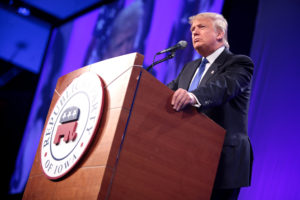 Donald Trump and his cohort of xenophobes benefit from this historical ignorance. When you are caught up in the moment and told by politicians and other “talking heads” that Muslims from Yemen to Syria are heading your way with murderous intent, the instinctive reaction is to take a defensive position.

Who stops and puts things in perspective? Well, we might as well do just that: roughly 85,000 refugees and asylum seekers were admitted into the United States in 2016. About 10 percent of them were Muslims. Of those from the seven countries on Trump’s travel ban list, none of them has killed anyone on American soil. In 2017 an American citizen has a .00003 percent (roughly 1 in 3.6 million) chance of dying at the hands of a foreign-born terrorist. In the meantime 36 Americans per day die as the result of gun violence (this figure is from 2015 but nothing has happened to make it obsolete).

So Donald Trump’s executive orders on immigration are not fact-based. Thus, they are hardly likely to be effective. Indeed, if periodic violent incidents involving Muslims do occur in the U.S., it is the Muslim-Americans who are most likely to be the victims. After all, many Americans are not only running around with heads full of frightening misinformation, but they are armed to the teeth. If Trump and his agents want to “protect the homeland” – and save American lives – they should start by reforming the gun laws.

Why such prevailing historical ignorance and analytical impotence? Well, among other reasons, it is a fact that one can get a college degree in the U.S. without ever taking a history course, much less one in formal logic. Core curriculums have been gutted because students (now seen by educational administrators as “customers”) want vocational educations and don’t care much about what was once known as the “liberal arts.” Things are not much better in the grade schools and high schools, where history tends to play a propagandistic role. The object here is to learn to love our country and respect its leaders.

Making us all learn the historical facts (real and not alternate) about what periodically ails us – like immigration, race, labor issues, unemployment, human and civil rights, etc. – would certainly help calm the waters and move citizens in the direction of rational awareness.

I would like to think that the million or so protesters who have hit the streets against President Trump’s actions know more, historically, about their causes than the average citizen. However, that is probably naive. The protesters are also wrapped up in the moment and emotionally moved. They are also probably more single issue-oriented than they appear.

Yet, they have a common enemy, and that lays the basis for a possible united front, which is a good first step. That immigrants benefit from this collective action is only fitting because the United States is, as FDR said, a nation of immigrants. Finally, let’s hope that the grandchildren of those who today do manage to reach the “land of the free” remember the tribulations of their grandparents, and be willing to hit the streets with the next generation of protesters. Because these are struggles that never really go away.

31 comments for “The Irony of Trump’s Immigration Ban”