America’s vassal states of Europe were expecting a Hillary Clinton victory and were gearing up for a New Cold War with Russia, so Trump’s win has sent shock waves across the Continent, reports Gilbert Doctorow.

The Swedish Nobel Prize Committee is to be congratulated for its prescient selection of Bob Dylan as this year’s Laureate of the Prize for Literature because his signature song “The Times, They Are A-Changing” captures impeccably where we stand today in the international landscape after Donald Trump’s victory in the U.S. elections on Nov. 8.

The impact of the “Trump effect” on Europe’s politics is most identifiable in France, where its significance is hard to overstate, but the ramifications are likely to be felt across the Continent in the next year. 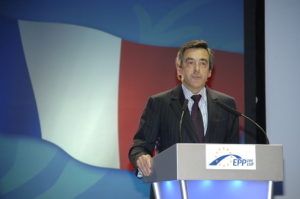 In the French primaries to select the candidate of the center-right Republican Party, heir to the Gaullist political legacy, voters advanced a contender who has been implementing the same political formula that propelled Trump’s victory – a call for fundamental change in the direction of government policies, a populist rejection of the elites based in the nation’s capital, assertion of traditional conservative social values of the provinces that involve rejection of multiculturalism, and a call for a “realist” as opposed to “values-driven” foreign policy that leads specifically to friendlier relations with Vladimir Putin’s Russia.

Francois Fillon, who has served in various ministerial posts in the 1990s and early in the new millennium – and was prime minister under President Nicolas Sarkozy for five years – was hardly a dark-horse outsider like Trump. Yet, in the current race for the presidency, Fillon was largely discounted by the media and professionals whose attention went primarily to whether Sarkozy’s latest bid would be stopped. There was less interest in who would stop him within the party and why. In that sense, Fillon’s victory has taken the French political world by surprise.

The chances of the Socialists in the next national elections are virtually nil with President Francois Hollande’s personal approval rating down to the unprecedented level of 4 percent. Thus, the great likelihood is that the candidate from the Republicans, Fillon, will win the French presidency in the national election against the candidate of the far right, Marine Le Pen.

Fillon has adopted many of the most popular positions of the National Front, leaving behind only their rejection of European Union membership and its currency, the euro, which probably is a step too far for most of the electorate. Interestingly, Bloomberg.com issued an editorial this weekend backing Fillon as the best-placed politician to keep Le Pen from power; the news agency swallowed whole Fillon’s many policies that follow in the tracks of Donald Trump, whom the very same agency, like nearly all mainstream U.S. media, portrayed as the new Satan.

Unlike the U.S. media coverage of Trump, there was nary a word about Fillon being a supposed tool of Putin, although his opponent Alain Juppé played that card in the last week, much as Hillary Clinton tried to do against Trump.

On Nov. 25, the online poll of the newspaper of the Right, Le Figaro, considered Fillon the winner of the last televised debate the night before 71 percent to 29 percent. Juppe’s attempts to use Hillary Clinton claptrap about Russian influence succeeded with the French voters no better than it did in the U.S. The second round of primaries balloting on Nov. 27 bore out the clear trend, ending in a victory for Francois Fillon with 67 percent of the votes cast.

Fillon has called repeatedly for forging a genuine alliance with Russia to defeat ISIS, and this will be a central demand of French foreign policy if he comes to power, meaning that the anti-Russian sanctions policy of Barack Obama and Angela Merkel will likely end.

To be sure, attempts to see the long hand of the Kremlin in the Fillon candidacy had, in fact, more justification than the total fabrication of lies that were used against Trump to assert the same point. A year ago at the St. Petersburg International Economic Forum, Fillon was a featured speaker and panelist in discussions with Putin. Fillon’s Russia-friendly statements were welcomed and given proper airing on Russian television. At the time, however, Sarkozy seemed to have the Right to himself, and any bets on Fillon by the Kremlin seemed even less likely to pay off than the widely advertised loans given to Marine Le Pen’s party by a Moscow bank.

It’s also true that the driving force behind Fillon’s victory within his own party and his likely victory in the national elections in spring 2017 does not reside in an accommodation with Russia but in his plans for making his country great again, à la Trump.

Fillon’s policies to revive business and industry entail tackling the 35-hour work week that has made France uncompetitive; slimming the civil service which has sucked in an additional one million employees under Hollande in what was the only measure he implemented to combat unemployment that was durable; and raising the retirement age. All this will require great political skills and courage, but if he does succeed, Fillon holds out the prospect that France will become the strongest country in the E.U. within 10 years.

That is an ambition that has been totally absent in France during the past decade or more of decay and national humiliation, including several high-profile terror attacks attributed to Islamic radicals. In the recent debate, Fillon called the E.U.’s current foreign policy insane. Very early in a Fillon presidency the sparks would be sure to fly between Paris and Berlin as they vie for leadership of the E.U.

This prospect of a power struggle between the driving countries of the E..U is entirely healthy, and more constructive than all the Euroskeptic attacks on the E.U. from the far right that have bubbled up since the U.K.’s Brexit referendum to leave the E.U.

The past week brought another major political development at the general European level, the announcement that Martin Schulz, President of the European Parliament, is retiring from that post in order to return to German domestic politics, where he is expected to be named as the candidate of the Social Democrats (SPD) for Chancellor in the federal German elections scheduled for next autumn.

Schulz’s departure has great importance on two counts: what it means for the prospects of Angela Merkel, the current favorite to remain in power with nearly 50 percent favorable ratings in latest polls despite all of her political missteps over the past year; and what it means for the European institutions considering who may be Schulz’s successor at the helm of the Parliament.

As regards the internal German politics, Schulz is likely to bring greater dynamism to the SPD cause than the leader he would be replacing, Sigmar Gabriel, who is Vice Chancellor in the CDU-SPD coalition government. But it is hard to see how even an energized SPD can hope to win majority control of the Bundestag on its own or in coalition with prospective partners such as the Greens.

Therefore, the greater likelihood would be yet another coalition with Merkel, with whom in the important area of foreign policy and German control over E.U. institutions Schulz is surely on the same wave length. Both stand for a “values-based’ as opposed to “realist” foreign policy, meaning in particular continuation of Cold War behavior and continuation of anti-Russian sanctions.

There are some in the liberal wing of the SPD who hope Schulz can be turned around once he spends more time in country and in discussion with his fellow party members. However, as recently as his keynote speech to the plenary session of the Boris Nemtsov Forum held in the European Parliament building on Nov. 16, Schulz was an enthusiastic defender of “liberal democratic” (read: neoconservative) guiding principles for seeking “regime change” in Russia and other allegedly authoritarian countries, stridently rejecting calls for a more reasoned approach from those within the E.U. itself (read: Hungary) and those abroad (read: Donald Trump’s America).

The vacancy left behind by Schulz logically should be filled by a parliamentarian from one of the Right’s parties, following the tradition of alternation in power of Right and Left (Schulz having occupied the post on behalf of the Left). In this connection, one name now being put forward cannot be ignored, Guy Verhofstadt, former Prime Minister of Belgium and long-time leader of the Alliance of Democrats and Liberals (ALDE). 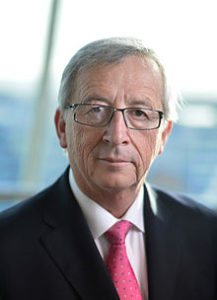 There are many good reasons why Verhofstadt’s candidacy for the post must be taken with all seriousness even if his contingent in the Parliament (10 percent of the house) is considerably smaller than the European People’s Party, the main center- right grouping.

He is without question one of the intellectually strongest parliamentarians and has been a highly visible campaigner for European federalism, which is the most principled response that the Center can produce to the Euroskeptics and which is all the more relevant if indeed Trump’s plans to cut U.S. contributions to the European defense and thus requires the creation of a European Army.

Verhofstadt was a regular speaker at the pro-federalist Spinelli Group events in Brussels calling for a United States of Europe. In 2012, he co-authored the handbook for a federal union with a founding member of the German Greens Daniel Cohn-Bendit, Debout l’Europe. Before the 2014 European-wide parliamentary elections, he campaigned for federalism in a number of countries across the Continent.

At the same time, Verhofstadt ensconced in the European Parliament would represent a “last stand” of U.S. neoconservatives with whom he has been closely aligned, taking part in various events sponsored by the Foreign Policy Initiative of Robert Kagan and William Kristol. It would align the Parliament with the anti-Kremlin policies that Verhofstadt has personally authored and promoted for much of the past decade in cooperation with his party’s colleagues among marginally seditious Russian Opposition politicians that included Parnas group of Boris Nemtsov and Mikhail Kasyanov.

Typically, Guy Verhofstadt was one of the key organizers of the Boris Nemtsov Forum and introduced Martin Schulz from the dais. Verhofstadt as President of the European Parliament would mark a sharp split with Jean-Claude Juncker at the European Commission, the E.U.’s executive branch. Juncker is not a crusader but a “realist.” Such a split would probably ensure that for the foreseeable future the European Parliament would be just a talking shop with little real power.

So, the past week has shown that there is and will be movement of enormous importance in Europe both inside the European institutions and between the European institutions and the E.U.’s key Member States in 2017. That’s without even considering the possible nipping at the E.U.’s heels by the Euroskeptics from the smaller and more marginal Member States or the challenges to the status quo in Europe that will come from Donald Trump’s administration, including from his likely search for compromises and relaxation of tension with Russia.

These elements, acting separately or in combination, seem likely to have but one outcome: the end of the New Cold War and a rise in realism over ideology in international affairs.