Donald Trump must decide – and decide quickly – whether he wants to be a great U.S. President or a robo-signature machine affixing his name to whatever legislation comes from congressional Republicans and a nodding figurehead acquiescing to more neoconservative foreign policy adventures.

Or, to put it in a vernacular that Trump might use, does he want to be “Paul Ryan’s bitch” on domestic policies? And does he want to surrender his foreign policy to the “wise guys” of Washington’s neocon establishment?

Trump’s problem is that he has few fully developed ideas about how to proceed in a presidency that even many of his close followers did not expect would happen. Plus, over the past few decades, the neocons and their liberal-hawk sidekicks have marginalized almost every dissenting expert, including old-line “realists” who once were important figures.

So, the bench of “confirmable” experts who have dissented on neocon/liberal-hawk policies is very thin. To find national security leaders who would break with the prevailing “group thinks,” Trump would have to go outside normal channels and take a risk on some fresh thinkers.

But most mainstream media accounts doubt that he will. That is why speculation has centered on Trump settling on several neocon retreads for Secretary of State and National Security Advisor, such as former Ambassador to the United Nations John Bolton, former New York City Mayor Rudy Giuliani, former CIA Director James Woolsey and ex-National Security Advisor Stephen Hadley, all staunch supporters of George W. Bush’s disastrous Iraq War which Trump has denounced.

If Trump is guided in that direction, he will make the same mistake that President Barack Obama made during the 2008 transition when Obama was seduced by the idea of a Lincoln-esque “Team of Rivals” and staffed key top national security jobs with hawks — keeping Bush’s Defense Secretary Robert Gates, hiring Secretary of State Hillary Clinton and leaving in place top generals, such as David Petraeus. 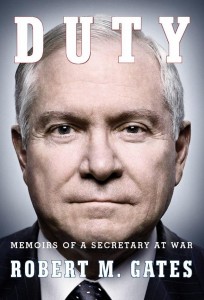 That decision trapped the inexperienced Obama into a policy of continuity with Bush’s wars and related policies, such as domestic spying, rather than enabling Obama to achieve his promised “change.”

Faced with powerful “rivals” within his own administration, Obama was maneuvered into an ill-considered “counterinsurgency” escalation in Afghanistan in 2009 that did little more than get another 1,000 U.S. soldiers killed along with many more Afghans.

Secretary Clinton also sold out the elected progressive president of Honduras, Manuel Zelaya, when he was ousted in a coup in 2009, signaling to Latin America that “El Norte” hadn’t changed much.

Then, Clinton sabotaged Obama’s first attempt in 2010 to enlist the help of Brazilian President Luiz Inacio Lula da Silva and Turkish Prime Minister Recep Tayyip Erdogan to work out a deal with Iran on constraining its nuclear program. Clinton favored an escalating confrontation with Iran along the lines dictated by Israeli hardliners.

Clinton and the other hawks succeeded in thwarting Obama’s will because, as Gates wrote in his memoir Duty, Gates and Clinton were “un-fireable” in that they could challenge Obama whenever they wished while realizing that Obama would have to pay an unacceptably high price to remove them.

As clever “inside players,” Gates, Clinton and Petraeus also understood that if Obama balked at their policy prescriptions, they could undercut him by going to friends in the mainstream news media and leaking information about how Obama was “weak” in not supporting a more warlike approach to problems.

Yet, by failing to stand up to this neocon/liberal-hawk pressure, Obama did make himself weak. Essentially, he never got control of his foreign policy and even after the Gates-Clinton-Petraeus trio was gone by the start of Obama’s second term, the President still feared angering Washington’s foreign policy establishment which often followed the heed of Israel’s Prime Minister Benjamin Netanyahu.

Obama was so worried about Israel that, at the apex of his power after winning reelection in 2012, Obama went on a several-day trip to visit Netanyahu in a craven attempt to show his love and obeisance to Israel. Obama took similar trips to Saudi Arabia.

Still, that was not enough to spare him the wrath of Netanyahu and the Saudi royals when Obama finally pushed successfully for an Iran nuclear deal in 2014. Netanyahu humiliated Obama by accepting a Republican invitation in 2015 to speak to a joint session of Congress where he urged U.S. lawmakers to repudiate their own President.

Meanwhile, Saudi Arabia demanded and got new concessions from Obama on arms sales and his grudging support for their proxy war in Syria as well as their direct aerial bombardment of Yemen – both part of a Sunni Wahhabist sectarian strategy for destroying Shiite-related regimes. (The Sunni/Shiite clash dates back to the Seventh Century.)

Indeed, the little-recognized Israeli-Saudi alliance targeting the so-called “Shiite crescent” – Hezbollah in Lebanon, Syrian President Bashar al-Assad, and Iran – is at the heart of what has been driving U.S. policy in the Middle East since the 1990s.

And, if President-elect Trump wants to truly reverse the downward spiral of the United States as it has squandered trillions of dollars in futile Mideast wars, he will have to go up against the Israeli-Saudi tandem and make it clear that he will not be manipulated as Obama was.

Facing down such a powerful coalition of Israel (with its extraordinary U.S. lobbying apparatus) and Saudi Arabia (with its far-reaching financial clout) would require both imagination and courage. It would not be possible if Trump surrounds himself with senior advisers under the thumb of Prime Minister Netanyahu and King Salman.

So, we will learn a great deal about whether Trump is a real player or just a pretender when he selects his foreign policy team. Will he find imaginative new thinkers who can break the disastrous cycles of Mideast wars and reduce tensions with Russia or will he just tap into the usual suspects of Republican orthodoxy?

Sunlight on the Swamp

Trump could also show his independence from Republican orthodoxy by recognizing that government secrecy has gone way too far, a drift into opacity that dates back to Ronald Reagan and his reversal of the more open-government policies of Gerald Ford and Jimmy Carter.

Trump says he wants to “drain the swamp” of Washington, but to do that first requires letting in much more sunlight and sharing much more information with the American people.

For starters – assuming that the timid Obama won’t take the risk – President Trump could pardon national security whistleblowers who have faced or could face prosecution, such as Chelsea Manning, Julian Assange, John Kiriakou, Jeffrey Sterling and Edward Snowden.

That could be followed by an executive order forbidding excessive secrecy inside the federal government, recognizing that “We the People” are the nation’s true sovereigns and thus deserve as much information as possible while protecting necessary secrets.

Trump could show he means business about respecting average American citizens by sharing with them U.S. intelligence assessments on key controversies, such as the Aug. 21, 2013 sarin gas attack in Syria and the Malaysia Airlines Flight 17 shoot-down over eastern Ukraine on July 17, 2014. [See here and here.]

The Obama administration has engaged in selective release of information about these mysteries to manipulate U.S. public opinion, not to inform and thus empower the American people. Trump could go a long way toward restoring public trust by renouncing such tricks.

He also could save many billions of dollars by shutting down U.S. propaganda agencies whose role also is to use various P.R. tricks to shape both foreign and domestic opinion, often in the cause of “regime changes” or “color revolutions.”

Trump could shut down the State Department’s Office of Public Diplomacy, return the U.S. Agency for International Development to its legitimate purpose of helping poor countries build schools and drill wells, and shutter the trouble-making National Endowment for Democracy.

By steering the world away from the New Cold War with nuclear-armed Russia, Trump could not only help save the future of mankind, he could save trillions of dollars that otherwise would end up in the pockets of the Military-Industrial Complex.

Regarding domestic policy, some Republicans expect that Trump will simply sign off on whatever Ayn-Rand-inspired legislation that House Speaker Ryan pushes through Congress, whether turning Medicare into a voucher program or privatizing Social Security. 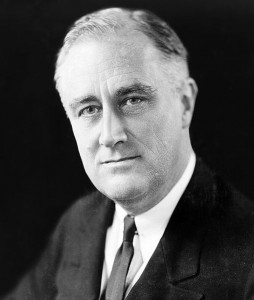 In this area, too, Trump will have to decide whether he wants to be a great president in the mold of Franklin Roosevelt or someone more of the caliber of Calvin Coolidge.

Trump also must face the reality that he has lost the popular vote by a rather significant margin – almost a million votes in the latest tallies – and thus only has the presidency because of the archaic Electoral College. In other words, he lacks a real mandate from the people.

When confronted with a similar situation in 2000, George W. Bush chose to pretend that he had a decisive mandate for his right-wing policies, shoved them down the Democrats’ throats (such as his massive tax cut mostly for the rich that wiped out the budget surplus), and eventually saw his failed presidency sink into bitter partisanship.

Republicans will surely urge Trump to do the same, to ignore the popular vote, but he might do well to surprise people by looking for overlapping areas where Democrats and Republicans can cooperate.

For instance, many Democrats fear that Trump will undo the difficult progress made on climate change over the past eight years. After all, Trump has voiced doubts about the scientific consensus on the existential threat posed by global warming.

But Trump also wants to invest heavily in America’s infrastructure (plus he has vowed to help the inner cities). So, there’s potential common ground if Trump were to launch a major program to create a world-class mass transit system for urban and suburban areas.

Trump might even turn to one of his critics, former New York City Mayor Michael Bloomberg, for Transportation Secretary with instructions to study mass transit in Japan and Europe and implement a similar system in the United States, quickly. Besides creating jobs and improving life for urban dwellers (who largely supported Hillary Clinton), quality and fast mass transit could get millions of Americans out of their cars and thus help in the fight against global warming, too.

To demonstrate a willingness to reach across the aisle on such important issues, Trump might even consider offering Energy Secretary to Al Gore.

But such bold steps would require Trump to have the courage and creativity to go against the Republican “playbook” which calls for a zero-sum game against the Democrats.

Whether Trump has such courage and foresight is the pressing question of the moment. Will he go for true greatness (both for himself and America) or will he be content to have his name and face on one of those place mats showing the 45 U.S. Presidents?

← Will Trump Resist War Hawks on Iran?
Why Trump’s Victory Wasn’t a Surprise →