And so, after all the anticipation, the rampant sports metaphors and the breathless, sensationalized buildup (MSNBC’s headline in the minutes before the event was “Clinton/Trump Showdown”), the first debate is over.

Scorecards may be odious, but overall, it has to be said that Hillary Clinton had a very good night. In the first half hour, Donald Trump seemed to be doing his best to appear presidential and keep his Trumpiness under control but soon it came bursting out of him like Roger Rabbit, unable to resist a goofy sight gag, no matter the consequences. 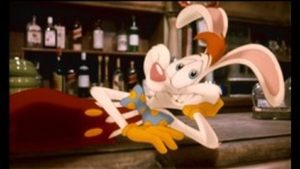 In those beginning minutes, Trump got in his licks, especially when he went after Clinton on trade policy, criticizing her husband’s support of NAFTA and her initial support of the Trans-Pacific Partnership, a position she has since publicly reversed.

But he kept spouting like rote the same boilerplate he has been shouting since his campaign began – Mexico stealing our jobs, China outstripping us in production and economic progress, his insistence that slashing corporate taxes will be “a job creator like we haven’t seen since Ronald Reagan. It’s going to be a beautiful thing to watch.” But he offered little else in the way of solutions. Asked how he would get jobs back and create new ones, too, all he could come up with was trying to keep the ones we still have.

While Clinton may also have been guilty of rehashing much her standard campaign rhetoric, she seemed to be able to change it up and not repeat the same talking points over and over, at least creating the impression of some fresh ideas and a surer grasp of policy. She spoke well about criminal justice reform and community policing, for example. And she remained calm and unflustered even as her opponent melted down just a few feet away, constantly interrupting her, denying the facts placed before him and charging that not only does Clinton not have “the look” to be presidential, she also lacks the stamina.

To the latter she replied, “Well, as soon as he travels to 112 countries and negotiates a peace deal, a cease-fire release of dissidents and opening of new opportunities and nations around the world or even spends 11 hours testifying in front of a congressional committee, he can talk to me about stamina.”

Further, when Trump accused her of staying off the campaign trail (an unsubtle reference to her recent bout with pneumonia and the aforementioned stamina) she responded, effectively: “I think Donald just criticized me for preparing for this debate. And yes I did. And you know what else I prepared for? I prepared to be president, and I think that’s a good thing.”

Performing in the big, one-on-one debate tent for the first time (for that’s what it was, a performance), and with the eyes of perhaps as many as 100 million upon him, Trump’s misogyny and condescension did not play well Monday night, nor did plugging his new hotel in Washington, bragging about his wealth and property holdings or his rambling, often evasive answers on birtherism, race, law and order, the invasion of Iraq, ISIS and the release of his income tax returns (Clinton said he was hiding something and Trump all but admitted that he pays no federal taxes).

Almost all of his words, his bellicose tone, even his body language, belied Trump’s chest-thumping assertion that, “I think my strongest asset, maybe by far, is my temperament. I have a winning temperament.” His petulant insistence on this reminded me of W.C. Fields in The Bank Dick, raising his hand to a child and declaring, “She’s not gonna tell ME I don’t love her.”

As usual, what may have been most important is what went unsaid. The phrase “income inequality” came up only once, and that was from moderator Lester Holt. There was little mention of education or health care; some talk of energy policy but almost nothing on global warming other than Clinton’s reference to Trump claim that climate change is a hoax perpetrated by the Chinese (last night he denied ever saying it, but he has).

And absolutely no mention of the ruinous influence of money in politics, which in retrospect made it a bit jarring that when Bill and Chelsea Clinton entered the debate auditorium they sat next to Vernon Jordan, a close family friend and adviser, certainly, but also senior counsel at Akin Gump, the biggest and most profitable lobbyist in Washington, prime peddlers of influence and privilege on Capitol Hill.

Billionaires Sheldon Adelson (Trump supporter and former New York Mayor Rudy Giuliani literally kissed the ring of Adelson’s wife), Mark Cuban and a lot of other high rollers were in the room, too. Democrats and Republicans crowded the hall at Hofstra University Monday night: cash and power got the good seats.

Michael Winship is the Emmy Award-winning senior writer of Moyers & Company and BillMoyers.com, and a former senior writing fellow at the policy and advocacy group Demos. Follow him on Twitter at @MichaelWinship. [This article first appeared at http://billmoyers.com/story/good-night-hillary-clinton/.]