As the New Cold War heats up, the U.S. government is sliding back into old Cold War practices, like blocking entry of people critical of U.S. policies, a fate befalling ex-British ambassador Craig Murray, as Peter Van Buren explains.

The United States over the weekend denied travel to a former British ambassador, Craig Murray, who was also a British diplomat for some 30 years, is the author of several books, and has stood twice for election to the House of Commons.

Murray was “honored” by being thrown out of Uzbekistan by its repressive government after risking his life to expose appalling human rights abuses there. He is not a terrorist and is not a social media jihadi. He has no criminal record, no connection to drug smuggling, and does have a return ticket, a hotel reservation and ample funds to cover his expenses. He is however seen as a threat to the United States. 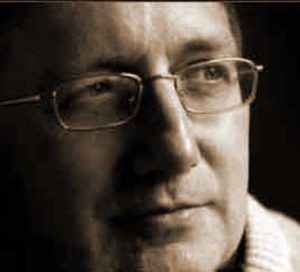 Ambassador Murray was headed to the U.S. this week to be Master of Ceremonies at an award ceremony honoring John Kiriakou, the CIA torture whistleblower. Kiriakou was the only U.S. government official to go to jail in connection with the torture program, and all he did was help expose it to the media. The event is sponsored by Sam Adams Associates for Integrity in Intelligence (of which I am a member.)

Murray has also spoken in support of Wikileaks’ Julian Assange. Hmm. Might have something to do with this visa problem.

No one has told Murray why he cannot travel to the U.S., though he has been here numerous times over the past 38 years. Murray learned of his travel bar when applying for the online clearance the U.S. requires of all “visa free” travelers. Murray was electronically informed to contact the State Department to see if he might qualify otherwise.

Ambassador Murray was stopped by what the State Department and Homeland Security calls “a hit.” What happens is dozens of American intelligence agencies pour names into a vast database, which includes everyone from Osama bin Laden (his name has allegedly never been removed in some sort of reverse tribute) to the latest ISIS thug to all sorts of others who have little or no actual reason to be there, such as Murray.

The likely salient part of the database in Murray’s case is called CLASS, part of the Consular Consolidated Database. It is the largest known data warehouse in the world. As of December 2009, the last time information was available, it contained over 100 million cases and 75 million photographs, and has a current growth rate of approximately 35,000 records per day.

When one of those persons labeled a “bad guy” applies for entry or a visa to the U.S., the computer generates a hit. A hit is enough to deny anyone a visa-free trip to the U.S. with no further questions asked and no information given. Technically, the traveler never even officially knows he was “a hit.” Bang, you’re dead.

If Murray chooses to follow the process through and formally applies for a visa to the United States, the State Department in London will only then examine the hit. In 99.9999 percent of the cases, all the State Department official will see in their computer is a code that says “Contact Washington,” officially a Security Advisory Opinion, or SAO.

The State people abroad will most often have no idea why they are refusing to issue a visa, just that they can’t. They sign their name to a blank check of a refusal. They make a potentially life-altering decision about someone with no idea what the evidence against him or her, if any, is. The traveler, of course, has no chance to rebut or clarify because they too have no idea what is being held against them. There is no substantive appeal process and, of course, everything in the files is likely classified.

The “contact Washington” message triggers a name-check process in D.C. that rumbles around the intelligence community looking for someone who knows why the U.S. government wants to keep Murray out of the United States next week. That process can take anywhere from weeks to forever, and taking forever is one strategy the U.S. uses when it just wants some troublesome person to go away. For politically motivated cases such as Murray’s, that is what is most likely to happen: not much. Murray may thus never learn why he cannot travel to the United States.

That is what free speech (and free speech covers not only what people say, but what people, Americans in this case, in America may choose to listen to) is about in 2016. America is now afraid of people like Ambassador Craig Murray. BONUS: Murray has only been denied travel to one other country, Uzbekistan. Such is the company America now keeps. Those who think this is the first time the U.S. has used a visa denial to stop free speech, please see the case of scholar Tariq Ramadan, denied the opportunity to teach at Notre Dame. There have been many more such cases, albeit less mediagenic. This is now policy for America, not an exception.

[For more on Craig Murray, see Consortiumnews.com’s “How a Torture Protest Killed a Career” and “The Invasion of Bahrain.“]

Peter Van Buren, a retired U.S. diplomat, blew the whistle on State Department waste during Iraqi reconstruction in his first book, We Meant Well: How I Helped Lose the Battle for the Hearts and Minds of the Iraqi People. His second book is Ghosts of Tom Joad: A Story of the #99Percent. Next up is a novel about WWII Japan, Hooper’s War. He writes about current events at www.wemeantwell.comand on Twitter @wemeantwell. [This article first appeared at http://wemeantwell.com/blog/2016/09/05/u-s-blocks-former-british-ambassador-from-entering-america-to-honor-cia-whistleblower/]

← Behind the Russian-Israeli Detente
Dissecting the Propaganda on Syria →

14 comments for “US Denies Entry to Ex-UK Ambassador”