By asking Americans who they expect to vote for rather than who they want to be President, pollsters skew the numbers in favor of major-party candidates and help exclude third-party challengers from crucial debates, notes Sam Husseini.

This week, the bipartisan Commission on Presidential Debates announced what polls it will utilize in excluding candidates from its debates. The CPD says candidates like the Libertarian Party’s Gary Johnson and the Green Party’s Jill Stein must get 15 percent in polls conducted by “five national public opinion polling organizations” — ABC/Washington Post, CBS/New York Times, CNN/Opinion Research Corporation, Fox News, and NBC/Wall Street Journal.

Not only — as several have correctly argued — is the 15 percent threshold arbitrary and exclusionary, but these polls don’t actually ask voter preferences at all. They all ask “If the presidential election were being held today for whom would you vote?” or some minor variation of that. Who you want or prefer and what you would do in the voting booth may be very different things. These “public opinion polls” don’t actually measure opinion — they are non-opinion polls. They ask a false hypothetical regarding a future action.

By contrast, the question that the CPD relies on from these media organizations — if held today, who would you vote for — is a tactical question. As has become increasingly clear, there are many people who would like Libertarian candidate Gary Johnson or Green Party nominee Jill Stein to be president. However, many who fear Donald Trump or Hillary Clinton are currently planning to vote for Clinton or Trump (based on who they judge to be the “lesser evil”).

Each of the dominant candidates is using fear of the other to prevent public opinion from manifesting itself for possible third-party candidates. Our voting system puts voters in a bind, making it difficult for them to vote their true preference.  But public opinion polling should be a relief from that. Such polling should find out what the public thinks and wants — especially if the electoral system doesn’t allow for those choices. But that’s not what’s happening. The “tracking” poll question that’s being used over and over and obsessed over by all these organizations is actually disguising public opinion.

And then the CPD, acting on behalf of the two major parties, is using that to exclude third-party candidates from the debates, further marginalizing any public thinking that questions the establishment parties.

When some proponents of a more open process suggested alternative criteria for deciding who to include in presidential debates, such as determining if a majority of respondents wanted a third-party candidate in the debates, the heads of the CPD rejected the effort. Then-CPD Director and former Republican Senator Alan Simpson said: “The issue is who do you want to be president. It’s not who do you want to do a dress rehearsal and see who can be the cutest at the debate.”

Similarly, Paul Kirk, the then-co-chair of the CPD (now co-chairman emeritus) and former head of the Democratic National Committee, said: “It’s a matter of entertainment vs. the serious question of who would you prefer to be president of the United States.”

But those comments from CPD officials mean that even the CPD has basically asked for the “who do you want/prefer to be president” question to be used, rather than the “if the election were held today, who would you vote for” formulation. 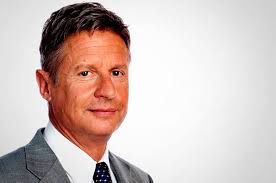 So for the Commission on Presidential Debates to fulfill the very criteria it has set for itself, the “serious question” of “who would you prefer to be president” should be the polling question used as the basis for inclusion in any debates that group sponsors.

In the closing days of the 2000 election, I got a funder to put up the money for a poll which basically found that numbers for candidates Pat Buchanan and Ralph Nader doubled if the question was who the voter preferred to be president regardless of their chances of winning, rather than the standard “If the election were held today, who would you vote for.”

If that proportion were to hold, it would mean the actual numbers for Johnson and Stein are around 18 and 10 percent support respectively. But why should we speculate? Why don’t “public opinion” pollsters actual ask the public what they want?

Sam Husseini is founder of VotePact.org, which encourages disenchanted Democrats and Republicans to pair up and vote for the third party candidates they most want. [This story was originally published at https://husseini.posthaven.com/how-presidential-non-opinion-polls-drive-down-third-party-numbers-and-facilitate-debate-exclusion]

25 comments for “How a Question’s Phrasing Hobbles Third Parties”